I had originally planned to make Pumpkin Cake pops the usual cake pop way, with leftover bits of sponge cake and buttercream. However I posted a recipe here for Chocolate Truffles made with Alpro Soya cream and as the recipe made quite a few I decided I would make some of them into Pumpkins.


So here is how to make Pumpkin Truffle Pops. 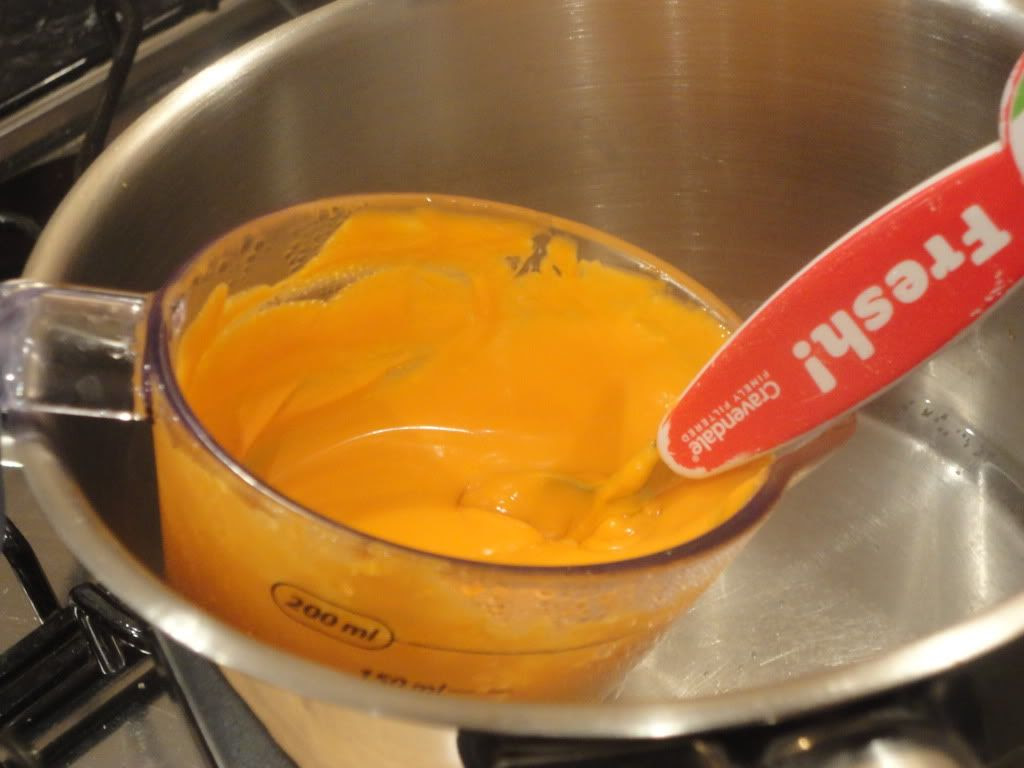 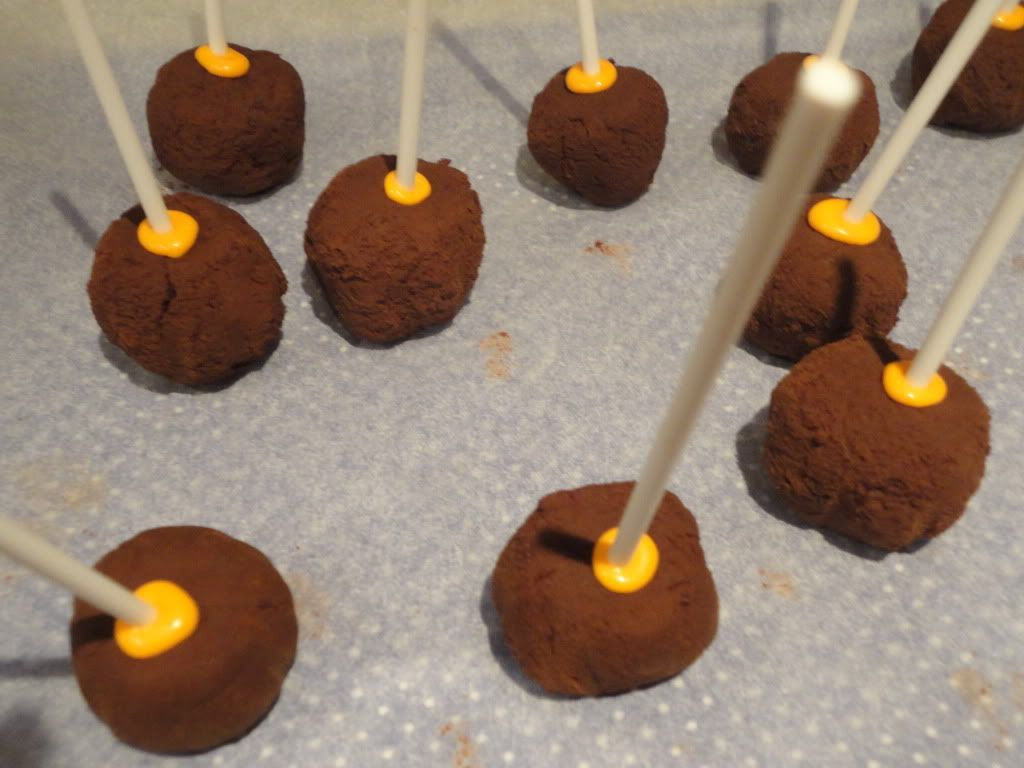 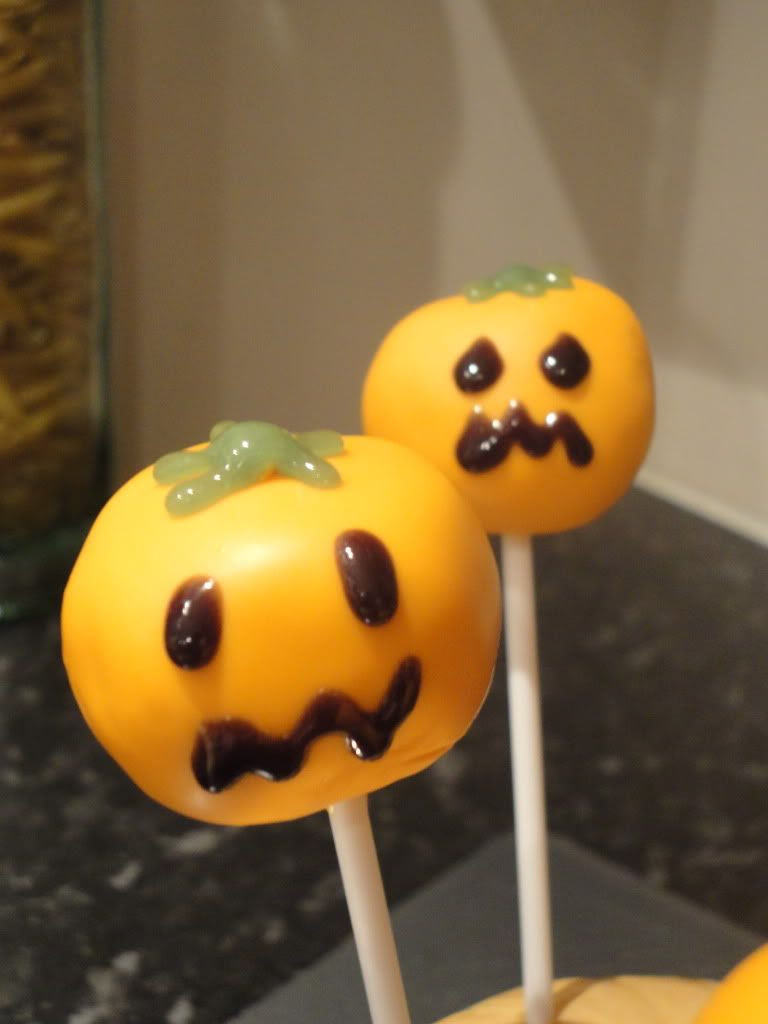 Unfortunately the writing icing that I used went very runny after a while and all the Pumpkins looked like they had been crying! 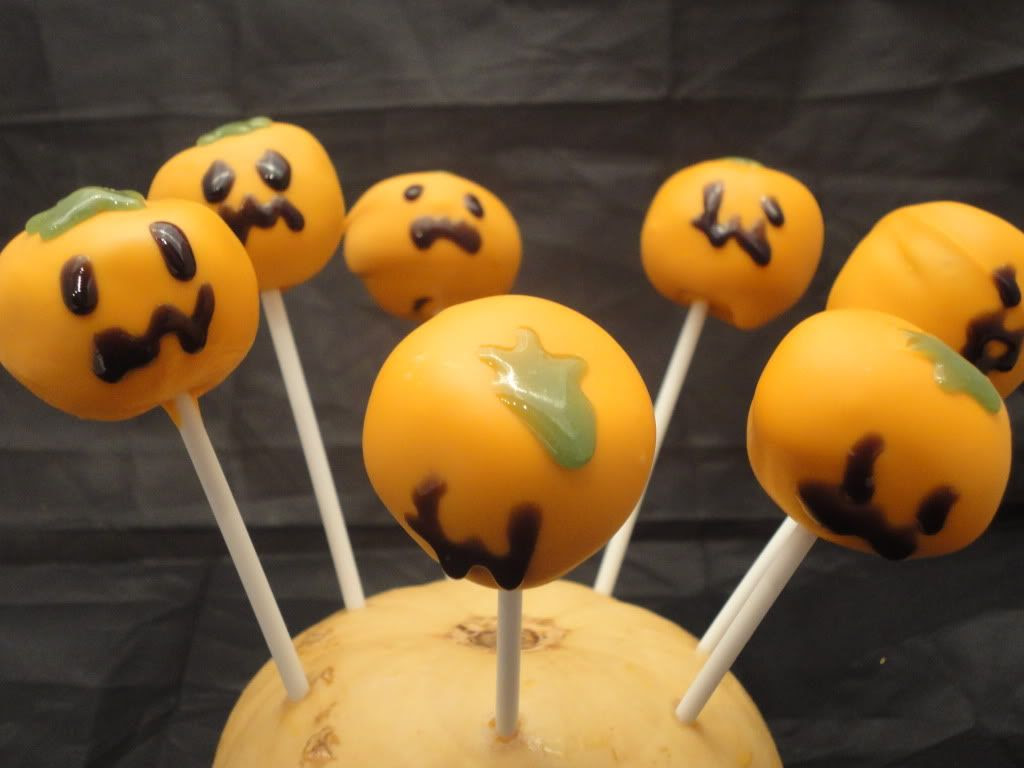 I am entering this post into Mummy Mishaps I love Cake Halloween Challenge - truffles are cakes right?

If you want to see some really beautiful examples of what they should look like head over to The Pink Whisk where Ruth will show you how an expert makes Pumpkin Cake Pops. 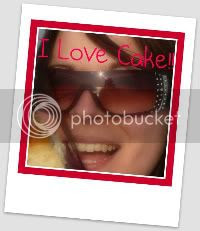