Earlier in the year I posted a recipe for Eggless Vanilla Cupcakes, which I made for Jack to take into Pre-school on his birthday. One of the little boys has a dairy & egg allergy so I wanted to make cakes that they could all eat. More recently his Mum has been given the go ahead to introduce Soya into his diet which makes life a lot easier when it comes to puddings and desserts as, being one of a twin, it has been particularly difficult to find suitable alternatives to yoghurts and ice cream that his brother is able to eat.


When I was contacted by Alpro and asked if I would like to sample some of their products I thought it would be  a great opportunity to try and make 'Jude friendly' ice-cream using the Soya custard and single cream to see how it worked out. I first made a chocolate sauce up by using dark muscovado sugar, cocoa powder and boiling water - around 2 tablespoons of each. This was then mixed together with the cream and custard and poured into the ice cream maker.


The end result was great and Sam & Hanna both really enjoyed it. I also made some non Jude friendly chocolate ice cream the same way using instant custard made up with milk instead of water and double cream.


The kids did prefer the taste of the dairy ice cream but for someone with a dairy allergy or who is lactose intolerant then the soya is a great alternative. If you are like me and on a permanent diet then the Alpro cream is a great as it has 45% less saturated fat than standard single cream.

I'm also going to be making dairy free chocolate truffles soon so make sure you pop back for that.

Alpro Soya cream and custard are available in all major supermarkets 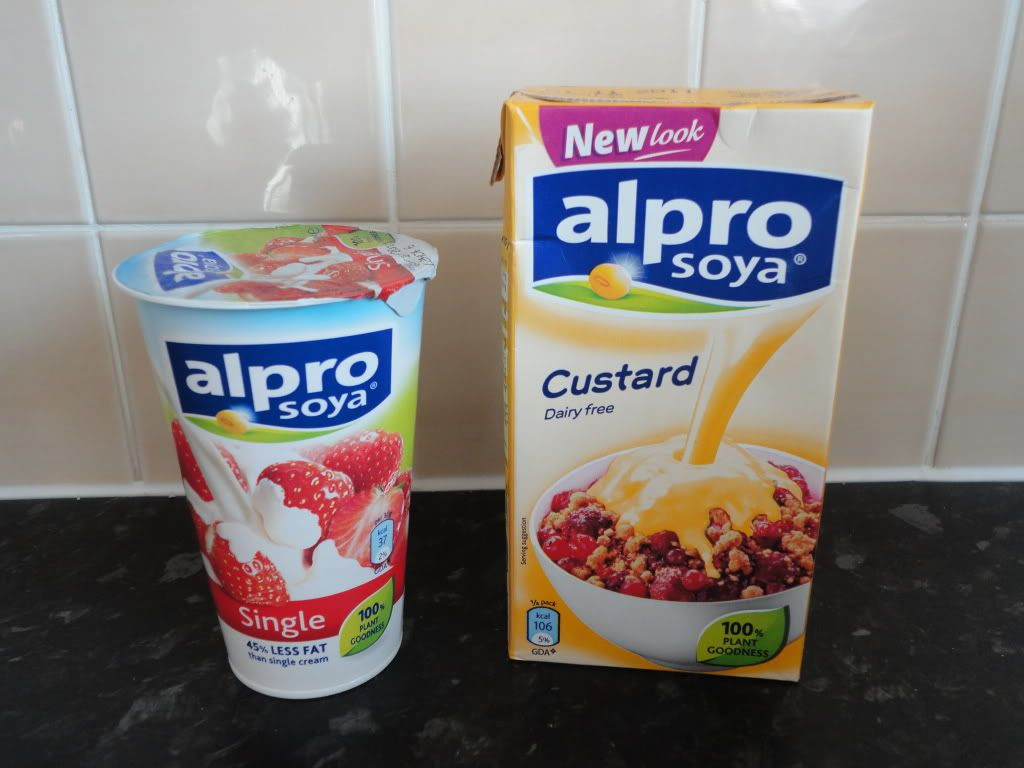 I was sent Alpro ready to serve custard and single cream for the purpose of this review.
Posted by Helen at 22:53
Email ThisBlogThis!Share to TwitterShare to FacebookShare to Pinterest
Labels: alpro soya, dairy free, ice cream, recipe