It was 7pm, I was hungry and had forgotten to take the stuffed chicken out of the freezer. It had been a long day as Jack had been off pre-school with a suspected stomach bug, I'd missed parents evening as I needed to stay at home with Jack rather than take him to a friends & risk spreading the bug, he then threw up on the trampoline, kids were arguing & I'd been in the kitchen for the last 2 hours providing a conveyor belt of food!


I looked in the fridge for inspiration - mushrooms way past their best before that needed using up so that ruled out jacket spuds & beans. I then recalled the Biryani that I'd seen on Reluctant Housedad's Recipe Shed earlier in the day - but I had no chicken, except the frozen stuffed chicken breasts - in the house. Ah well, I could add a can of chickpeas & tell the husband that the chicken was chopped up very small & hope that he didn't notice.


Don't Tell The Husband There's No Meat in It Chickpea Biryani

If I'd had a banana I would've added that too


Sorry I can't be more specific with the weights & measurements but I don't usually measure unless I'm baking or following a specific recipe.


Serve with a spoonful of natural yoghurt and some of The Curry Guy's Lime pickle - or if, like me, you haven't got any lime pickle then any pickle or chutney would do (except Branston's, horrible stuff) - like my prizewinning Marrow chutney for example. 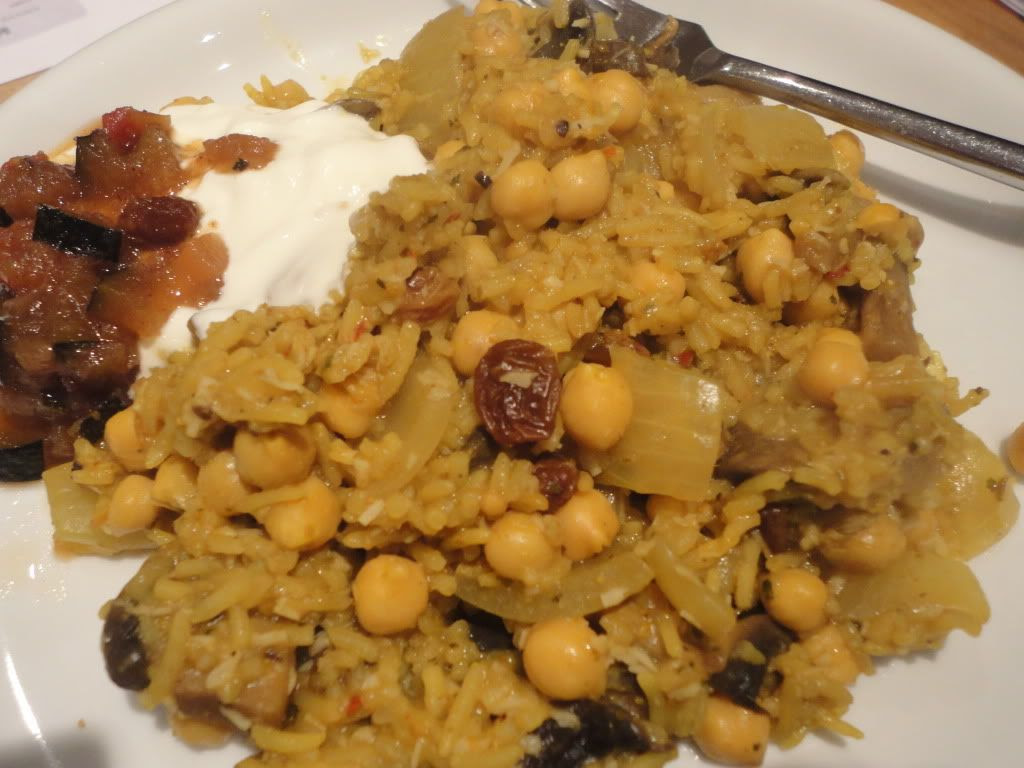