After watching a few episodes of Paul Hollywood's 'Bread' series I vowed I would get to grips with making bread by hand. I was then asked if I would like to put a Panasonic breadmaker through its paces so the handmade bread quickly went out of the window...I mean, why have a dog & bark yourself.

Feeling a little under the weather and in need of comfort food I wanted to get a loaf made straight away. Thankfully I had already stocked up on bread flour and yeast in preparation and decided upon a fruited bread, adapting a milk bread recipe from my Complete Book of Bread & Bread Machines, which has some great recipes in.

After a quick glance through the instruction booklet for the Panasonic machine it seemed straightforward enough, I just had to remember to add the dry ingredients to the pan first, unlike the machine I'd used previously. This one also has a yeast dispenser, to add the yeast only when it's needed, as well as a nut dispenser which adds nuts and dried fruit to the dough later in the process, to avoid being chewed up by the machine. 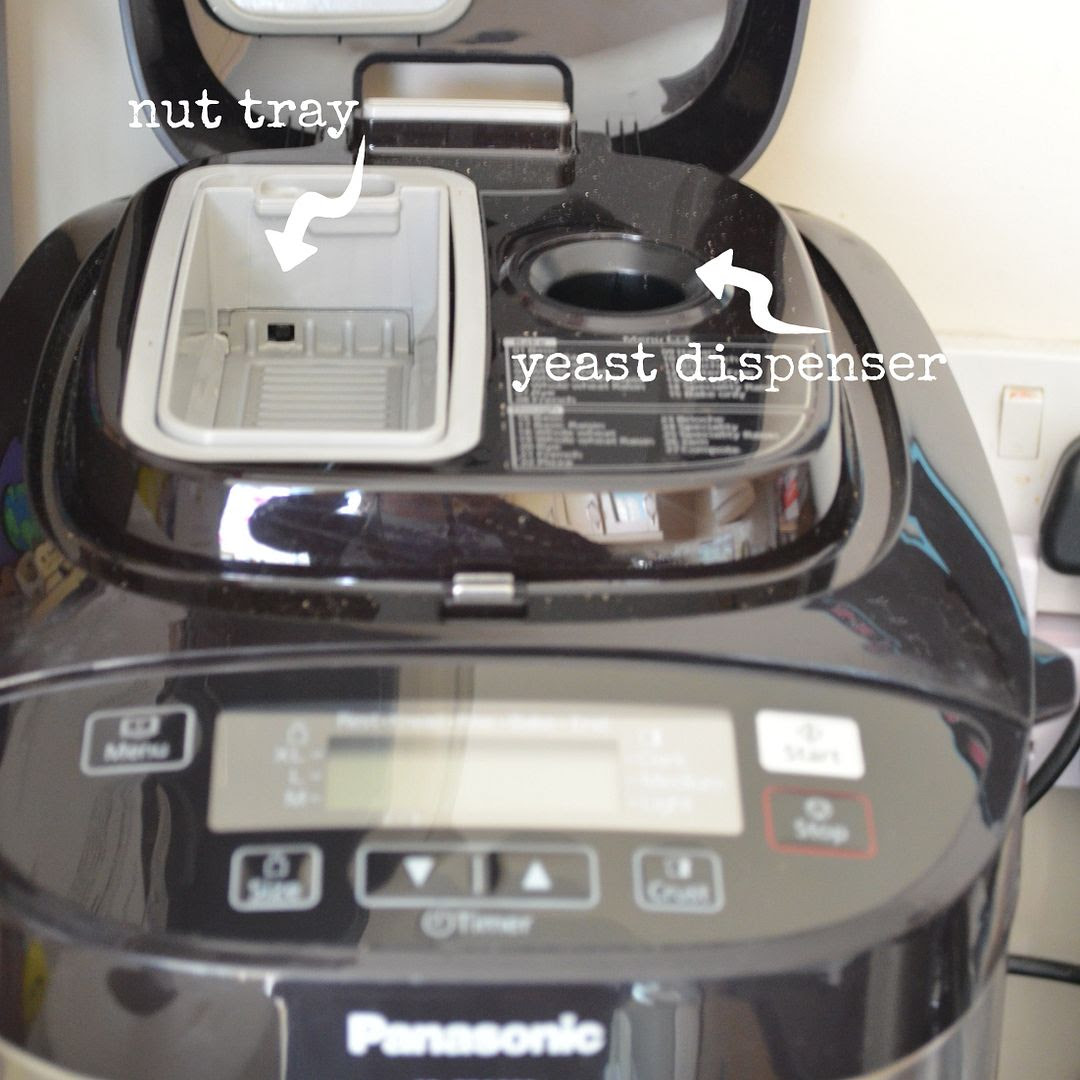 I was surprised that the loaf was going to take 4 hours to bake, rather than the 3 hours in my previous machine. I suppose breadmakers are a little like slow cookers, they are a great convenience but you do need a little forward planning & organisation.

I was a little confused when I started up the machine as it didn't appear to do anything, but after checking the booklet again it would seem that for the majority of the cycles there is a rest period of around 30 minutes before the kneading begins, I believe this is to regulate the ingredients.

Anyway, after the 4 hours (perfect timing just as we walked in from the school run) I was presented with this little beauty... 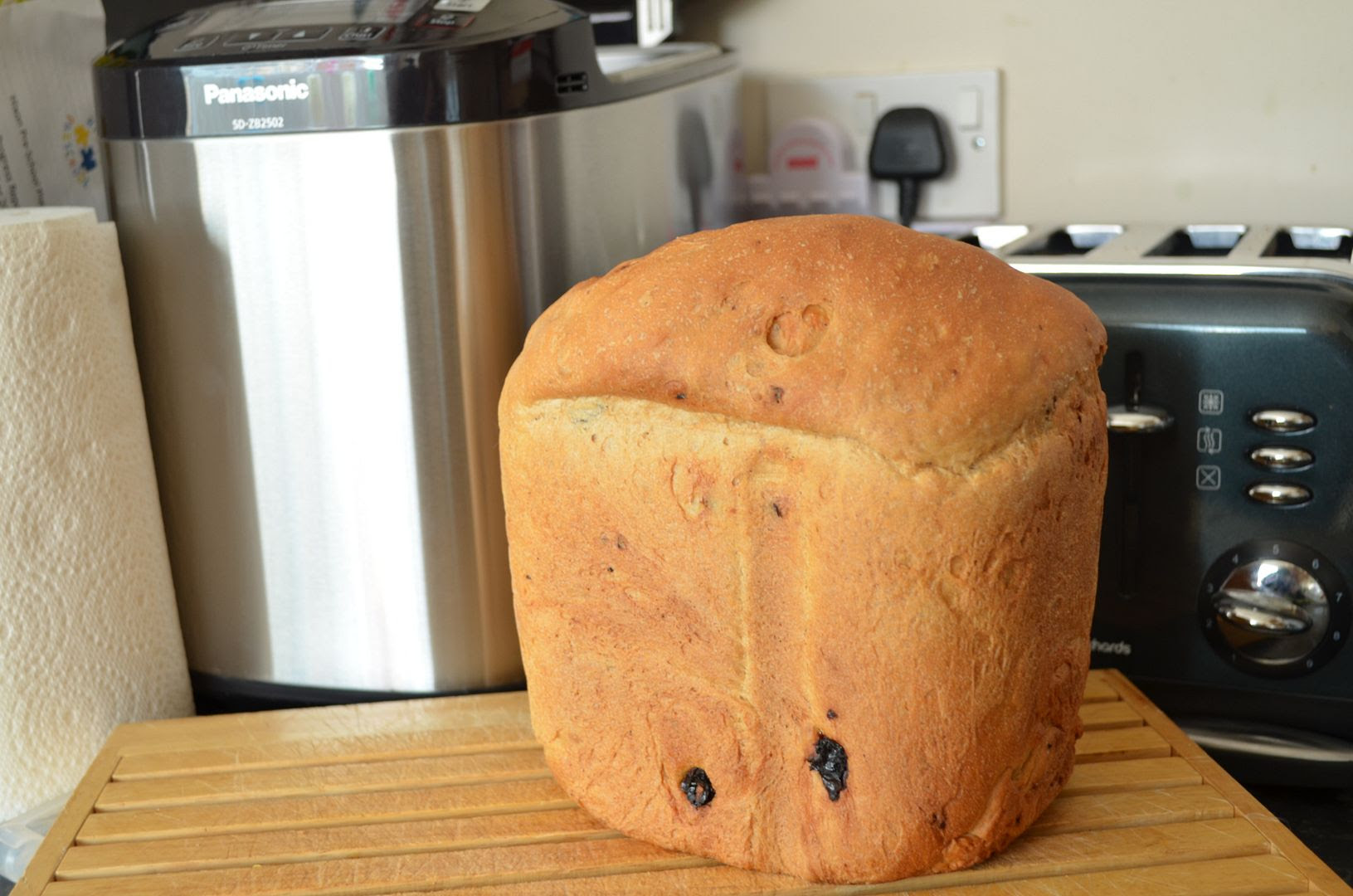 I say 'little' but it was actually huge - a whopping 8 inches in height! There are options to make smaller loaves, the quantities just have to be adjusted accordingly. 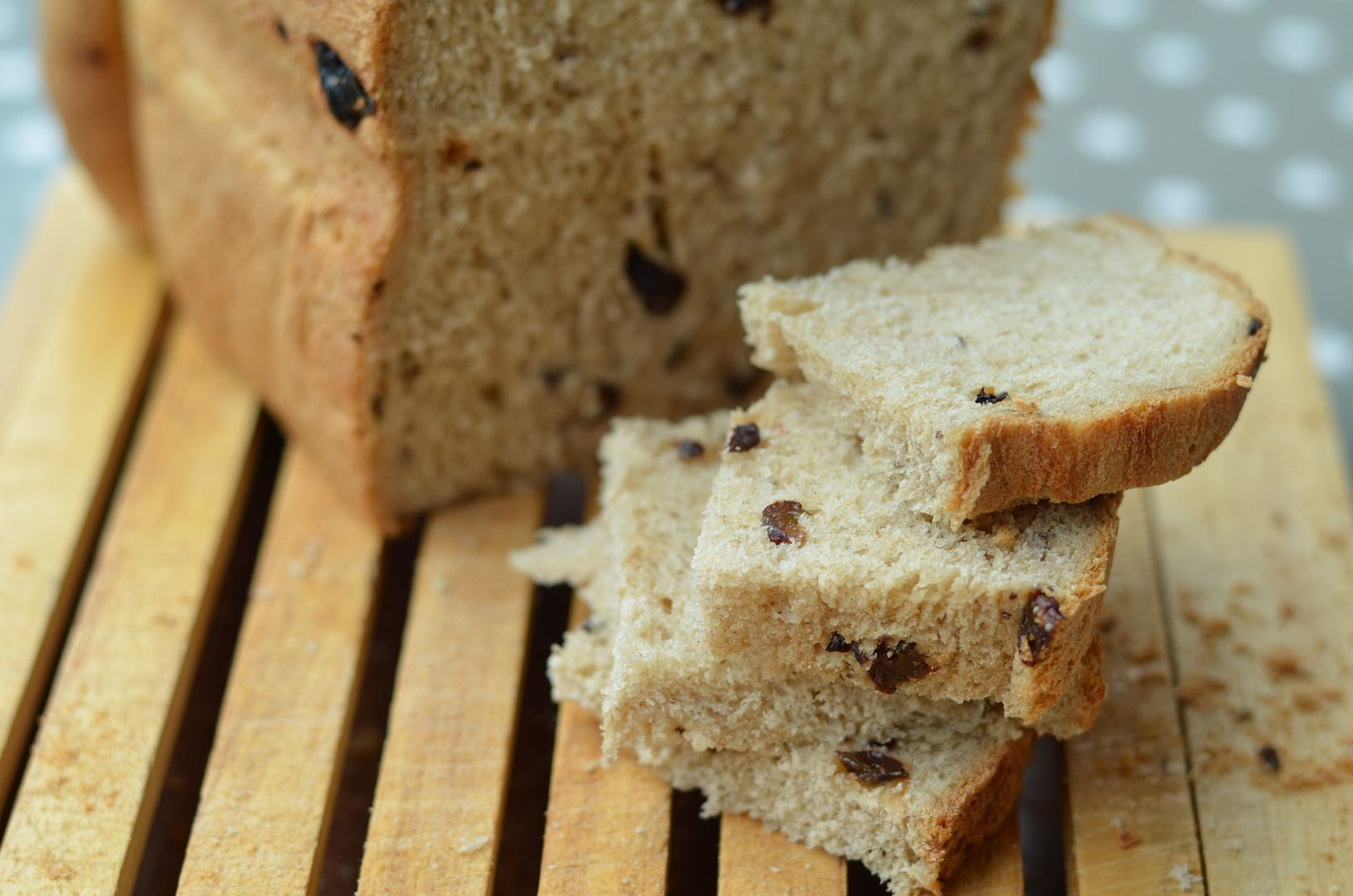 The raisins in the bread stayed completely whole & were well distributed. I think I will add additional cinnamon next time as it could've done with a little more flavour. Still very enjoyable sliced and buttered, or toasted, or as a banana or jam sandwich, or even toasted with caramelised bananas over and served with ice cream...

I have been sent the breadmaker to trial for a period of time
Posted by Helen at 22:26
Email ThisBlogThis!Share to TwitterShare to FacebookShare to Pinterest
Labels: bread, breadmaker, panasonic, recipe, review