Or should that be Milanese? I've googled it and come up with both spellings so I'm not too sure, maybe I should've asked the man himself.


I've cooked a lot with turkey recently but none of it was a patch on the turkey that I tasted last week at the Marco Pierre White cooking Masterclass. I've discovered that it's all down to the length of cooking time and seasonings that you use, for example Mr PW told us that he uses a meat probe when he cooks meat to ensure that it's cooked to perfection, turkey breast to 66 degrees C and thigh to 72 degrees C. It's all too easy to overcook turkey as we want to make sure it's cooked but then often overcook it to be on the safe side, resulting in a dry bird. I've now bought myself a meat probe to make sure that when I cook roast turkey in the future it's going to be as good as the one I tasted last week.


Back to the Milanaise now, which was very quick to prepare and cook. By the time Sam had scootered down to the local chippy and back with a potato accompaniment, the Milanaise was ready to serve. 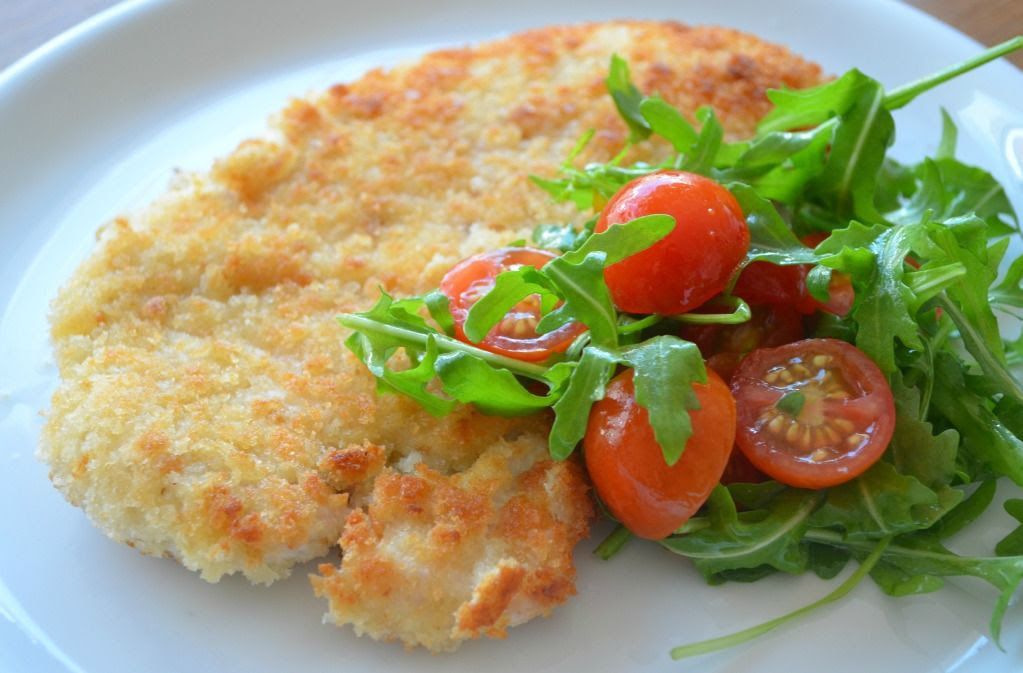 
2 slices of stale white bread (or fresh bread left out for a while)
2 Turkey breast steaks
1 egg, beaten
plain flour
Olive oil for frying (or clarified butter if you have it)


Marco served with a simple salad of cherry tomatoes with rocket and parsley, lightly dressed in Extra Virgin olive oil, lemon juice and a pinch of rock salt.

This dish is such great value as 2 steaks would feed 2 large or 3 smaller appetites. I bought my steaks in Asda where they are in the 3 for £10 deal. Each pack contains 4 steaks, making each turkey portion only 83p. 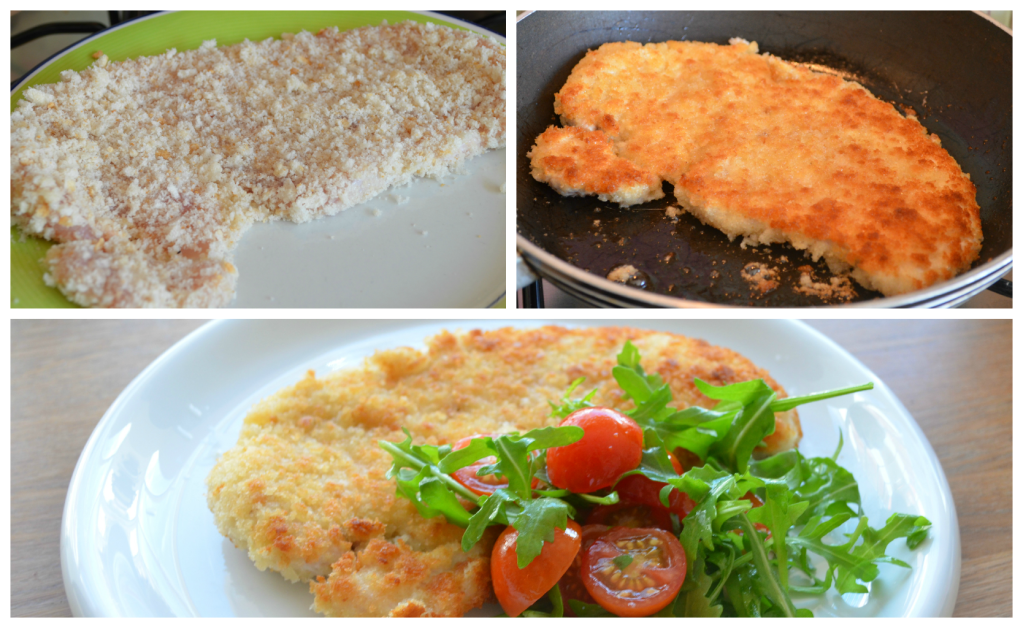 That was a large dinner plate so this piece could quite easily be cut in half for smaller appetites.
Posted by Helen at 19:56
Email ThisBlogThis!Share to TwitterShare to FacebookShare to Pinterest
Labels: family meals, marco pierre white, recipe, turkey