I've had the Sous Vide Thermo Circulator for a couple of weeks now and had only tried cooking meat in it. Whilst browsing the Internet I spotted some recipes for soup so I thought I would try it out for myself. One of the benefits of cooking vegetables in the sous vide is that they keep their colour - great for butternut squash or carrot soups but less so when it's potato as I was doing. I decided to add some peas to give the soup some more flavour as well as colour but in hindsight I should've added them to the water bath towards the end of the cooking time as they don't really need cooking as such and would have been a more vibrant green.

This recipe can of course be made in a saucepan or slow cooker, in which case you would cook the potatoes in the stock and add the peas towards the end of cooking. I only added a little rosemary, and a lot less than I would normally add if I was making this soup in a pan, but you could really taste it in the finished soup. 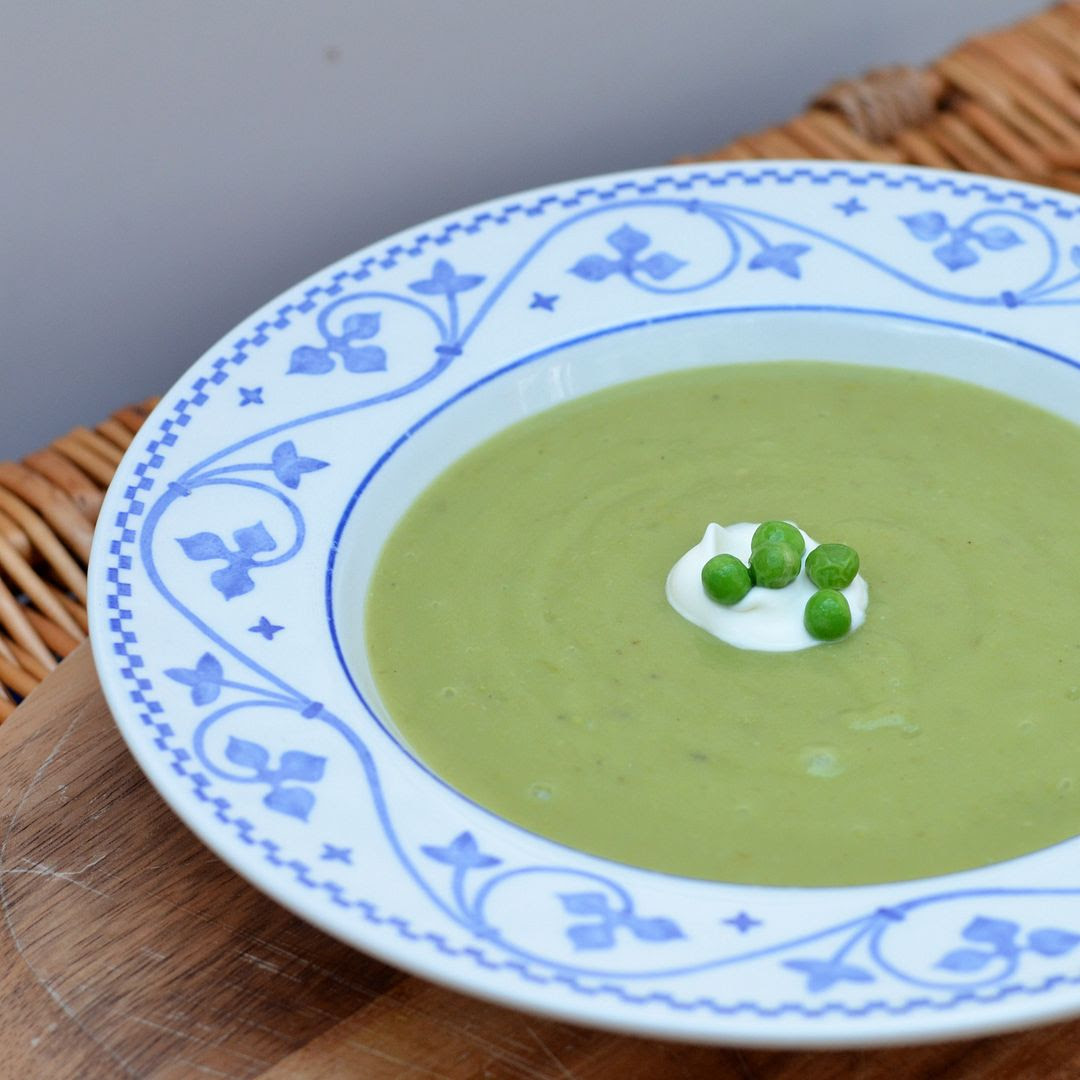 This is another of my budget recipes coming in at a little over £1 for the whole recipe which served all 5 of us.