Last week I picked up some ribs from the supermarket to test how good they would be being cooked in the sous vide. After a bit of research it seemed that 72 hours was the optimum time for them to be in the water bath. It seemed like a hell of a long time but I was willing to give it a go in the hope of being able to enjoy some pretty amazing ribs by the weekend.

I made up a rub and coated the ribs and popped them in vacuum bags. The plan to let the ribs cook for 72 hours didn't quite work out as by the third day I needed to use the sous vide to make some soup, but figured that the 60 or so hours they had already been cooking for would be enough, and the ribs were taken out and chilled in an ice bath before going in the fridge for a couple of days.

Before eating the ribs I placed them back in a preheated sous vide bath to warm them through and then straight onto a hot barbecue (the first barbecue of 2014 and it's only March!). We had been out to collect my new car and were pretty pushed for time as I had four hungry kids to feed, otherwise I would've made a sauce to coat the ribs in before going on the barbecue. The picture below doesn't really do them justice but they were amazing, with just the right amount of flavouring and meat that fell cleanly off the bones. I will definitely be making these again, and maybe next time I will try an oriental flavour. 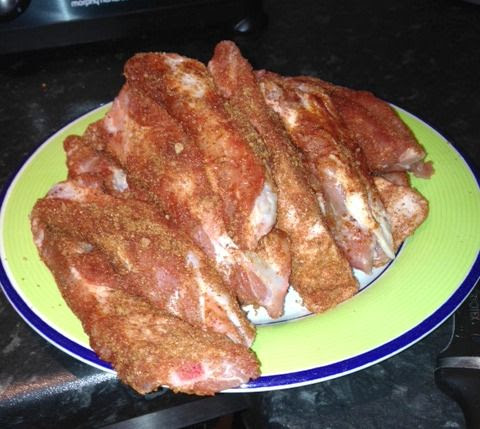 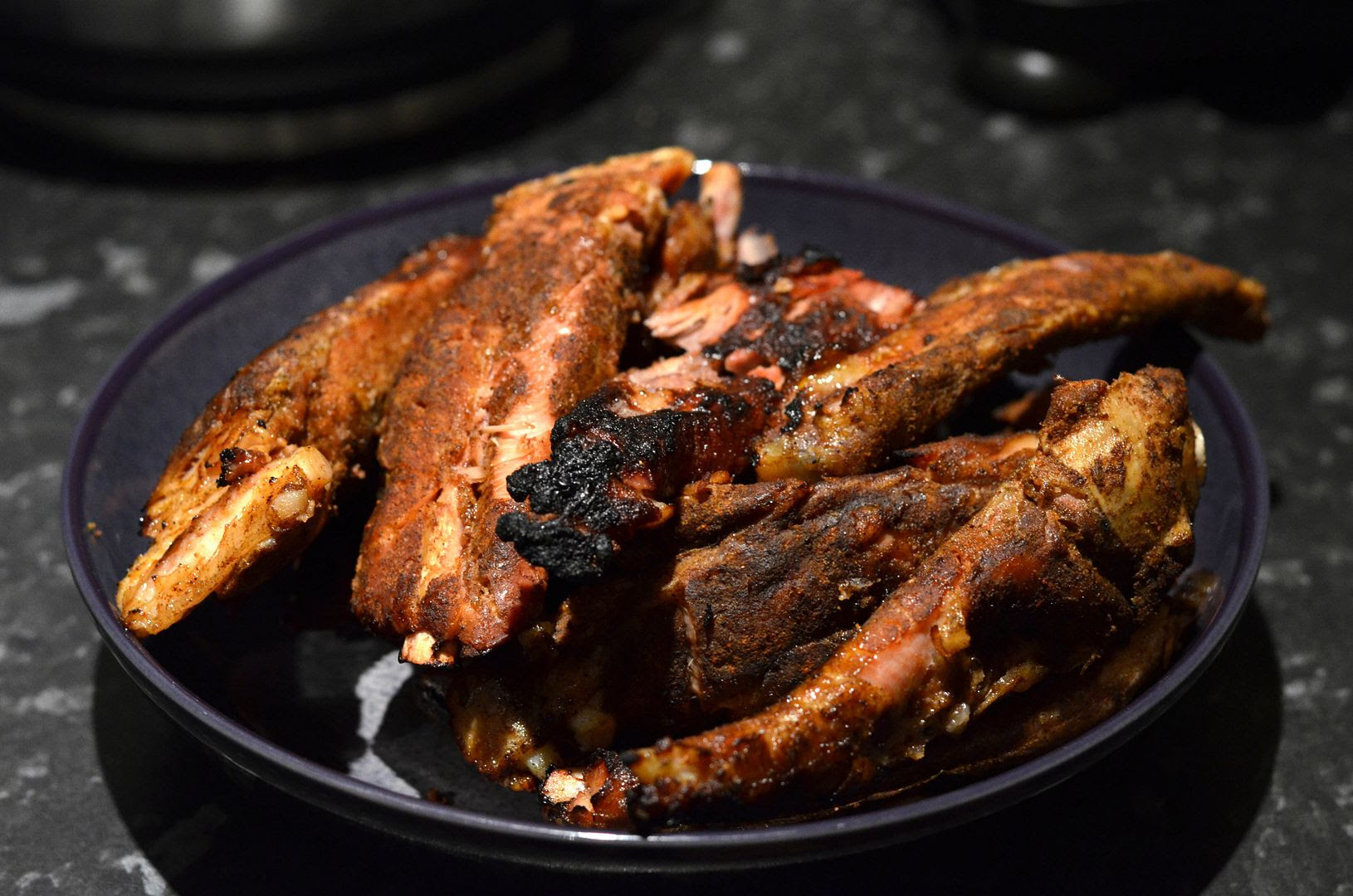