When I saw the beautiful looking marshmallow that Jenny had made here, I told her that it looked like the kind of marshmallow filling you would find in a walnut whip, which got me thinking of walnut whips. I haven't had one for years, in fact I remember the last time I had one - in 2007 at a motorway service station on the way back from finding out I had suffered a miscarriage. The pack of 3 walnut whips didn't take away the pain, but they sure helped.

I decided at that moment that I wanted to make some walnut whips of my own and ordered a silicone dariole mould straight away. I'm a little impatient so as soon as the mould arrived I wanted to make them, but I don't have a particularly accurate thermometer, so I cheated and used a jar of Marshmallow Fluff. Next time I promise that I will make my own marshmallow as it's something that I've wanted to make for ages but never got around to.

You wouldn't really be wanting to make these if you're a big walnut whip eater as they do take quite a while, but they are fun to make, kind of, albeit a bit messy. They took me the best part of Friday morning to make and when everyone came home from work/school they took the grand total of 5 seconds to disappear! 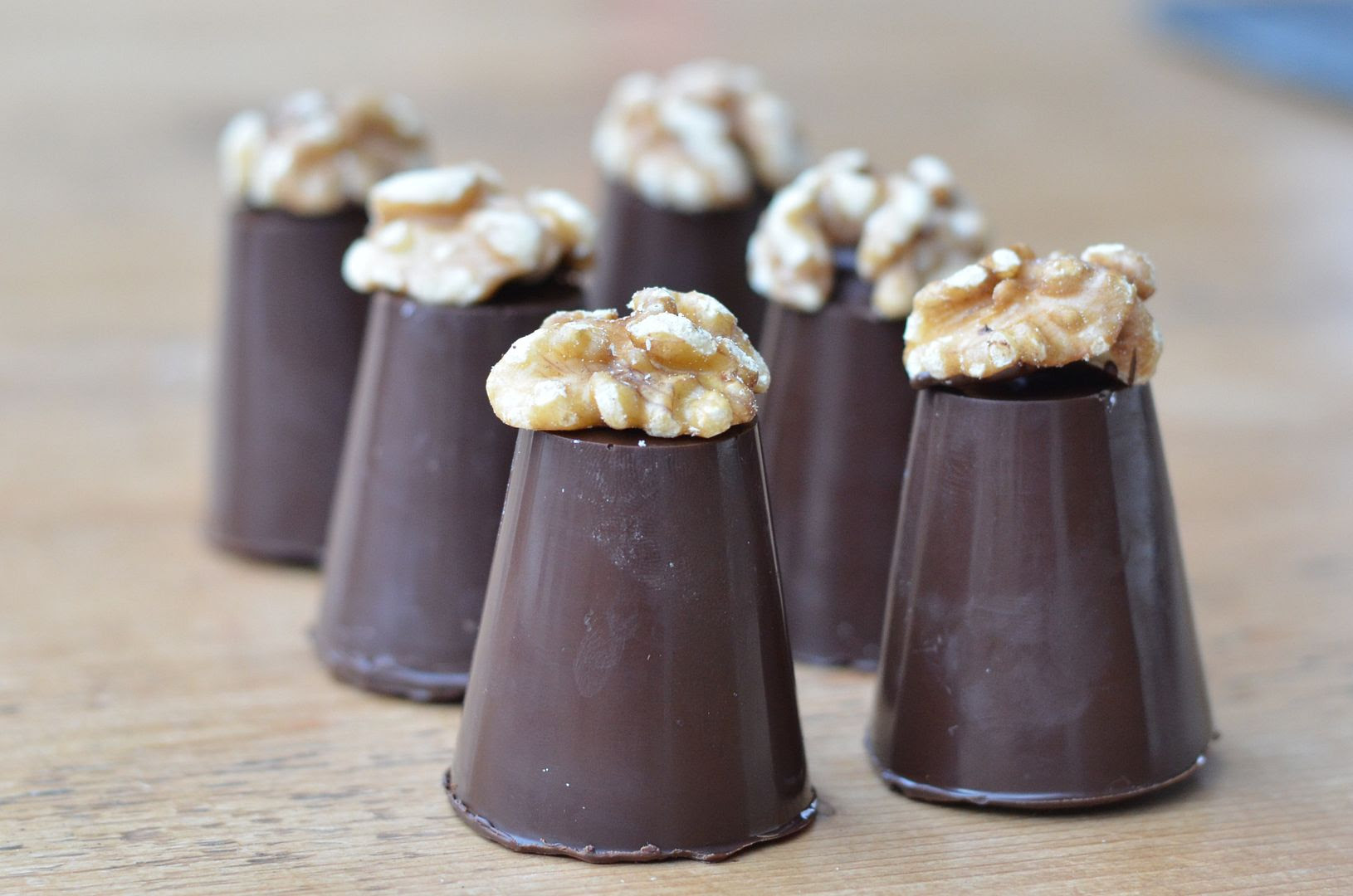 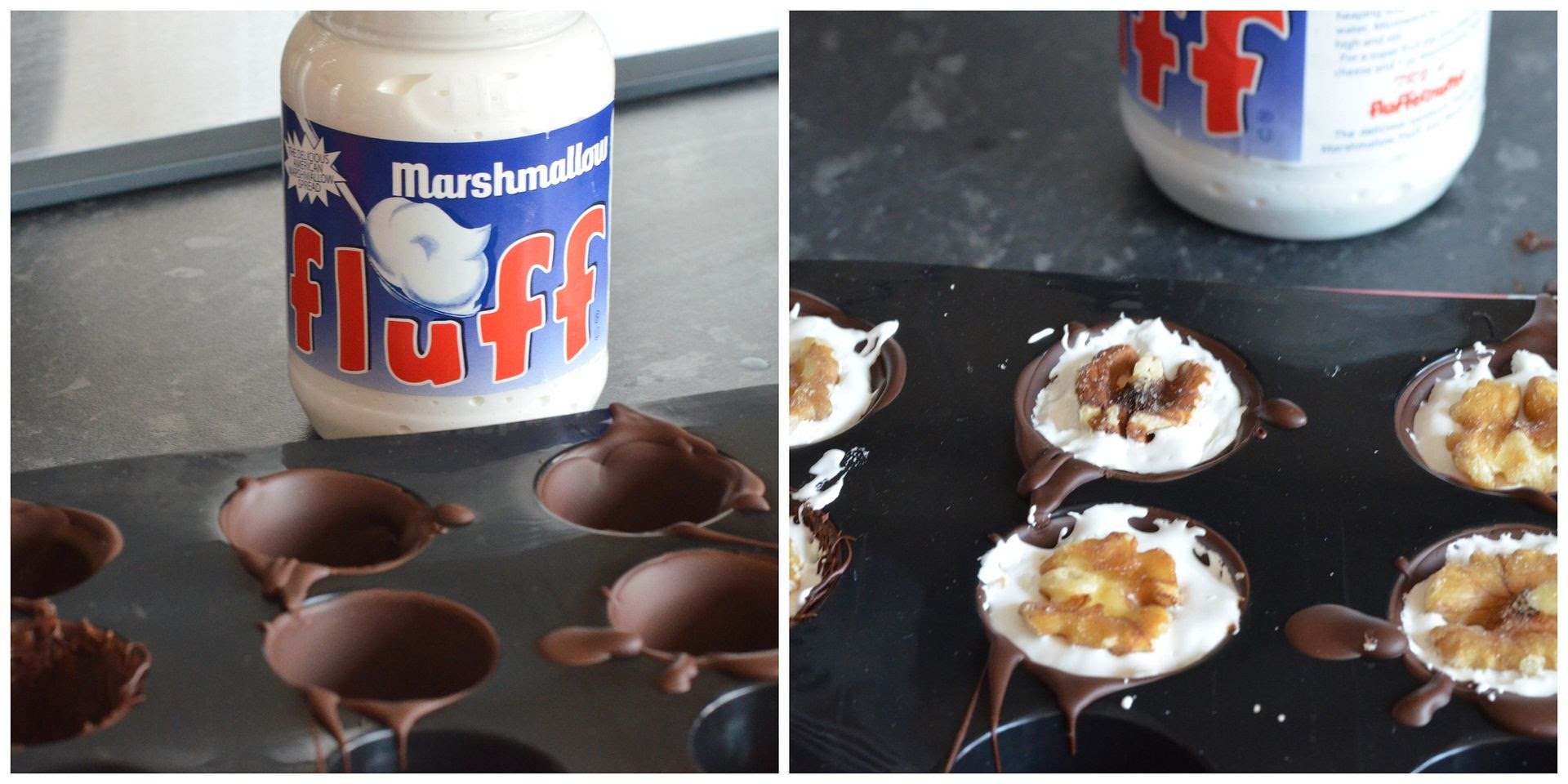 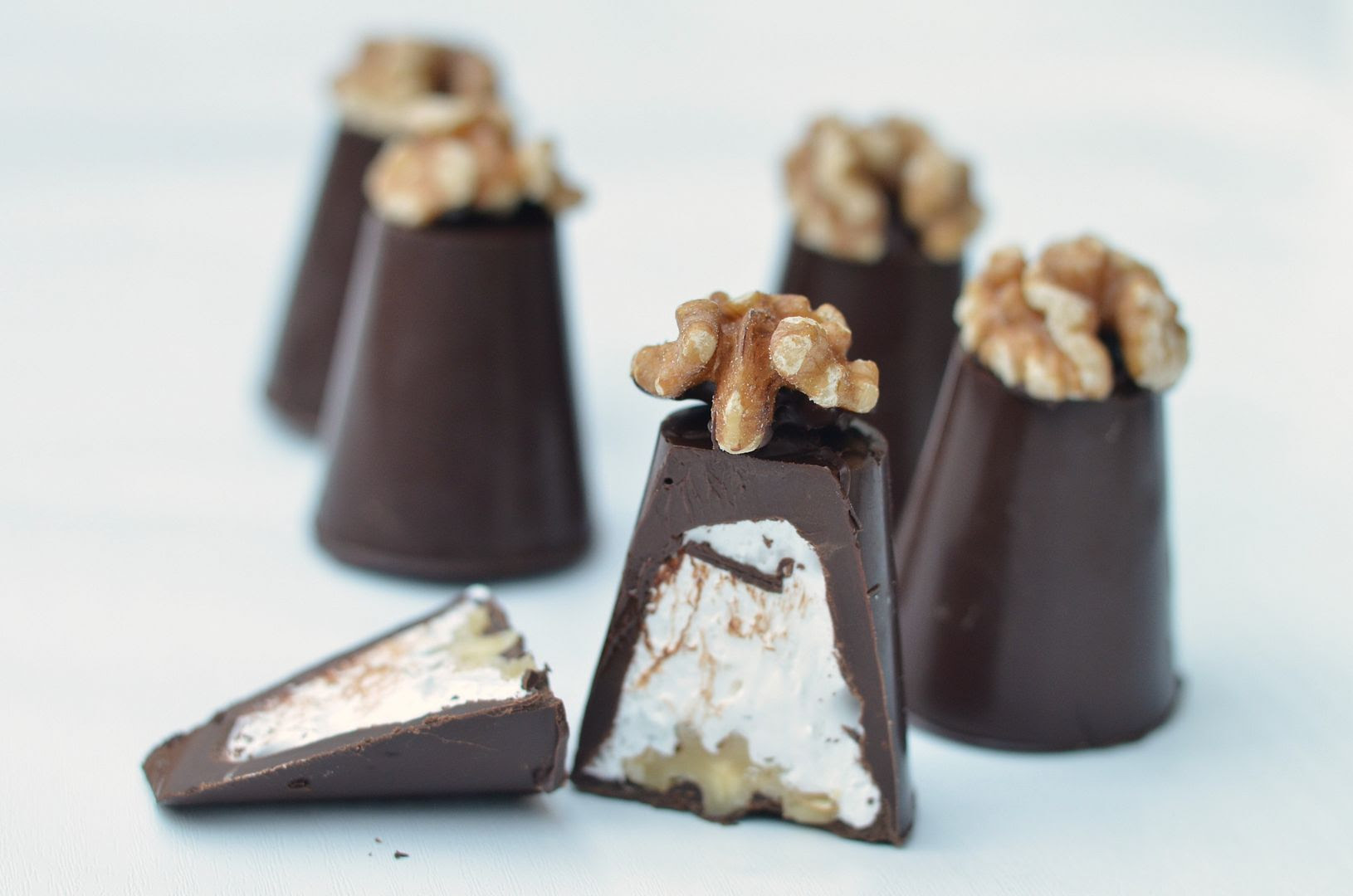 Posted by Helen at 15:04
Email ThisBlogThis!Share to TwitterShare to FacebookShare to Pinterest
Labels: chocolate, recipe