The Crazy Kitchen: The Great Bloggers Bake Off - week 4 and a Custard Tart

The Great Bloggers Bake Off - week 4 and a Custard Tart

Week 4 of The Great British Bake Off was all about pies - Fruit Pies, Custard Tarts and Filo pastry Showstoppers.

The custard tarts were carnage, I was saying 'oh dear, oh dear' all the way through watching the contestants attempt to remove them from the tins...

I don't think I'll be attempting Filo, that looks like far too much work for my liking.

However, as well as successfully making my first pork pies, I did try out a new pastry at the weekend that I spotted in one of my new cookery books, Pies and Tarts by Martha Stewart. It's a very simple recipe that (after conversion) equates to approximately 195g Plain Flour, 115g Cream Cheese & 115g Butter.

It's a very easy pastry to make and is also very easy to roll out yet isn't hard like pastry can be if you add too much water to it to make it easier to work with. In fact I didn't need to add any liquid to this pastry at all as it all came together in the food mixer without liquid.

I made a savoury tart using yellow courgette from a friend's allotment and Feta cheese, firstly blind baking the case for 30 minutes. 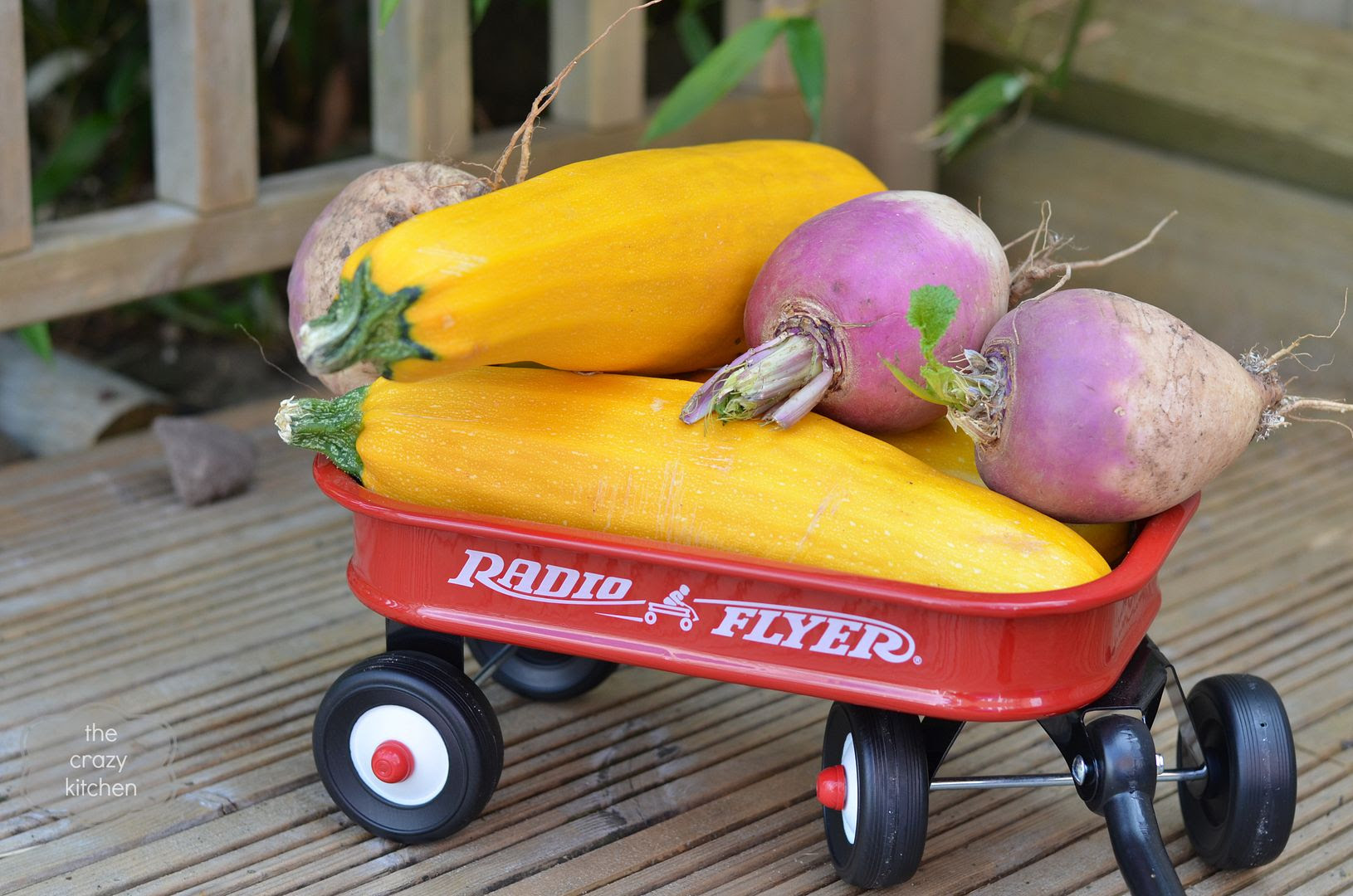 This produced quite a lot of juice from the courgette but when left to cool it was lovely & fresh with the courgette still a bit crisp...nice with salad. 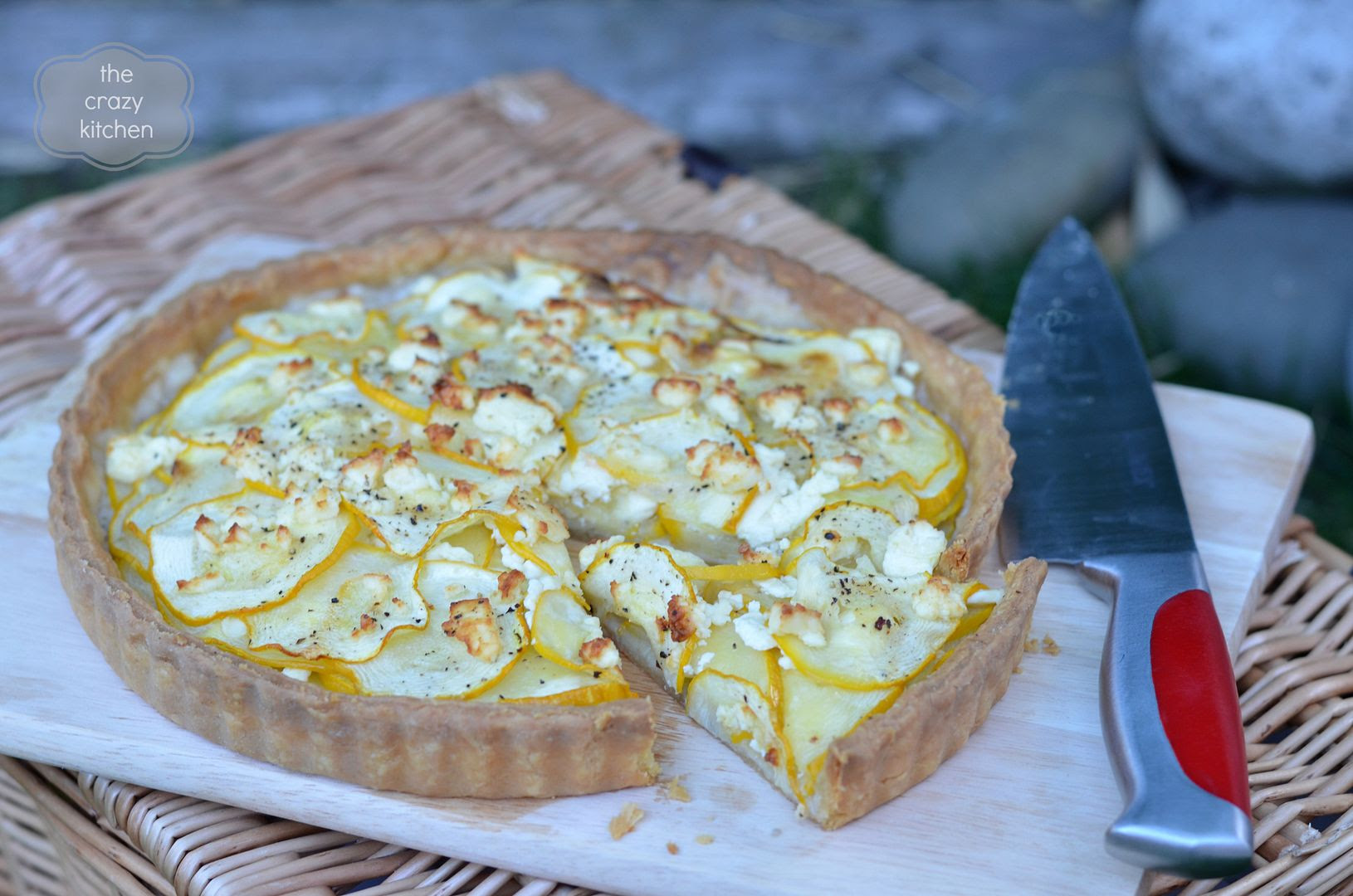 Next up I made a fruit pie and added some Linwoods ground flaxseed & nuts into the pastry. My initial idea was to make a small double crusted pie until I realised that I didn't actually have a small pie plate so instead just added a top onto some fruit that I tossed in flour and sugar before adding to the pie dish.

I thought I would attempt some fancy leaves on top of my pie, however the only leaf cutter I had was holly, too soon for a Christmas pie? I thought not so added 3 berries to the top too... 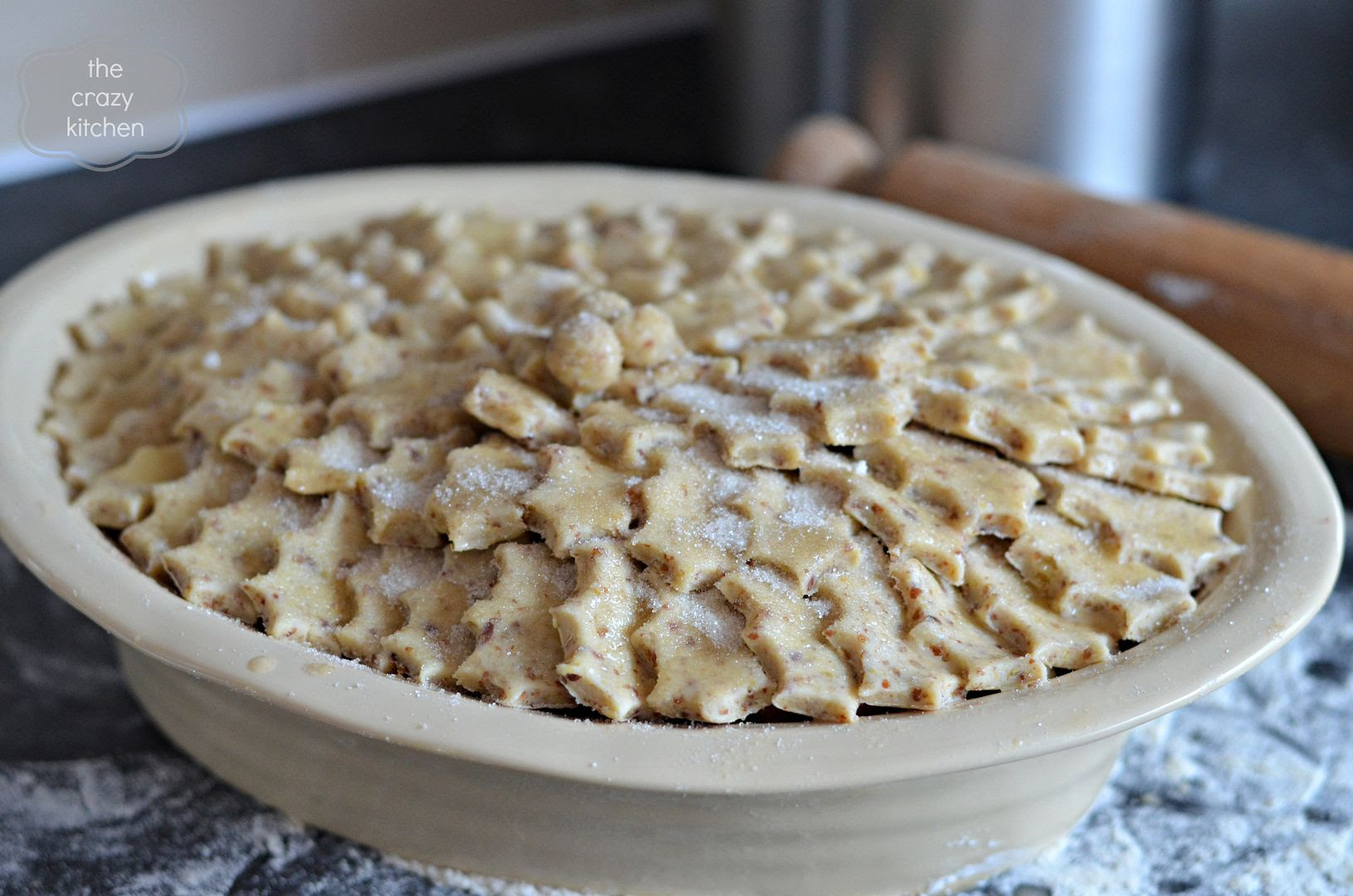 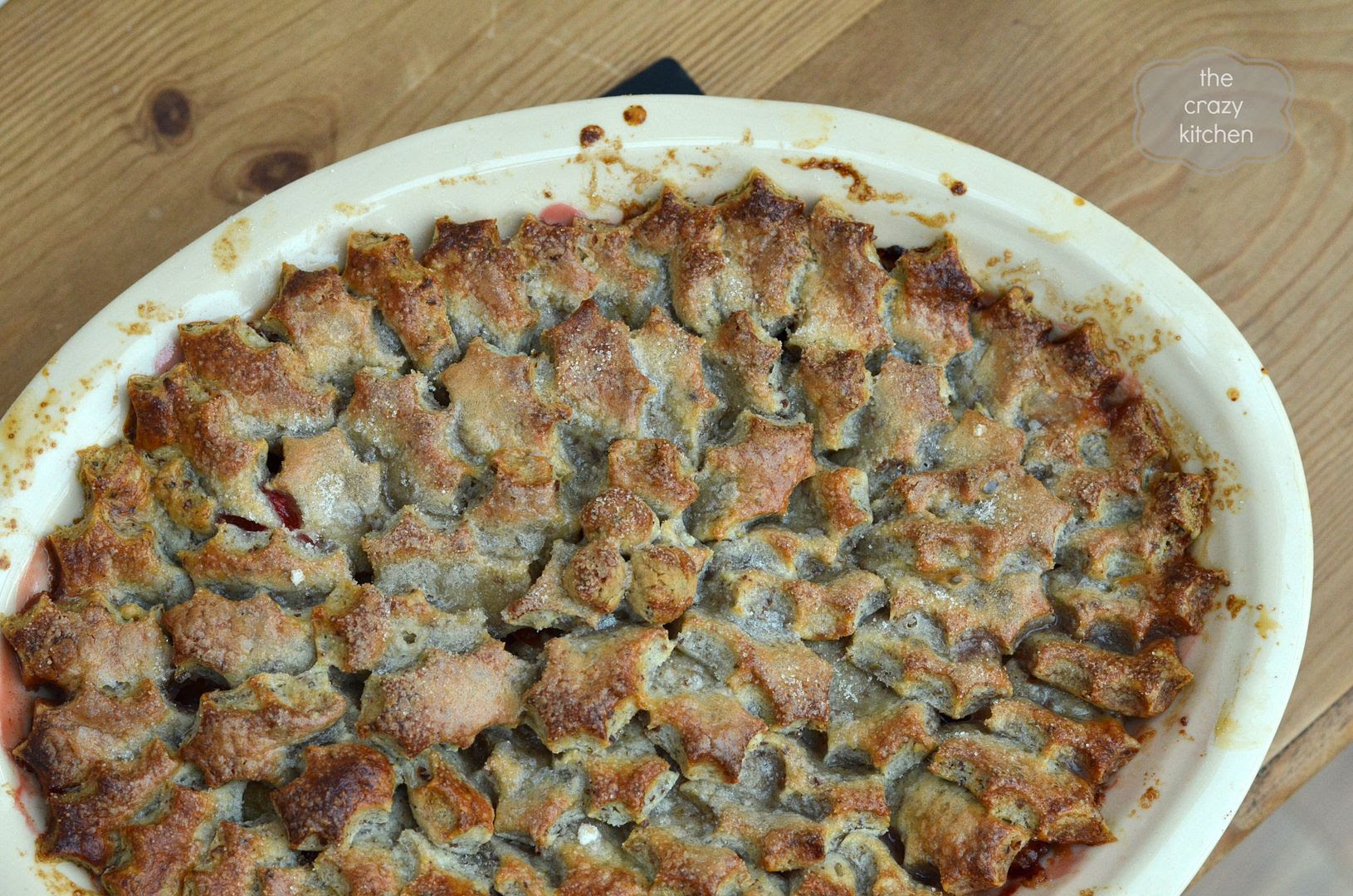 This pie wouldn't win any awards for looks but it did make up for it in taste.... 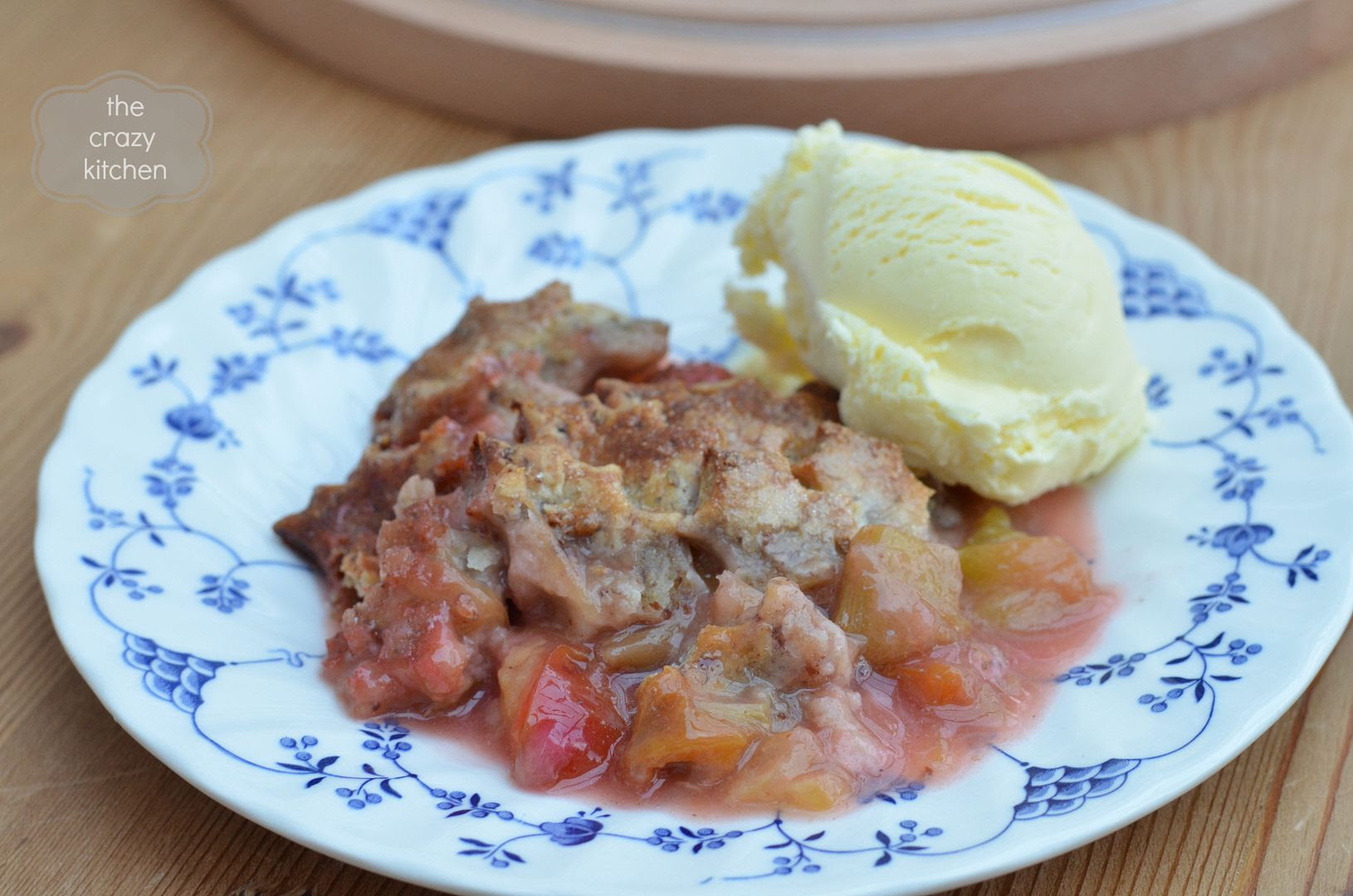 Next up I attempted a custard tart using the same pastry recipe as above and adding a tbsp of sugar. Again I blind baked the case before whipping up the filling. I followed The Hairy Bikers recipe despite not having any double cream or whole milk and instead improvised and used mascarpone and semi skimmed milk. 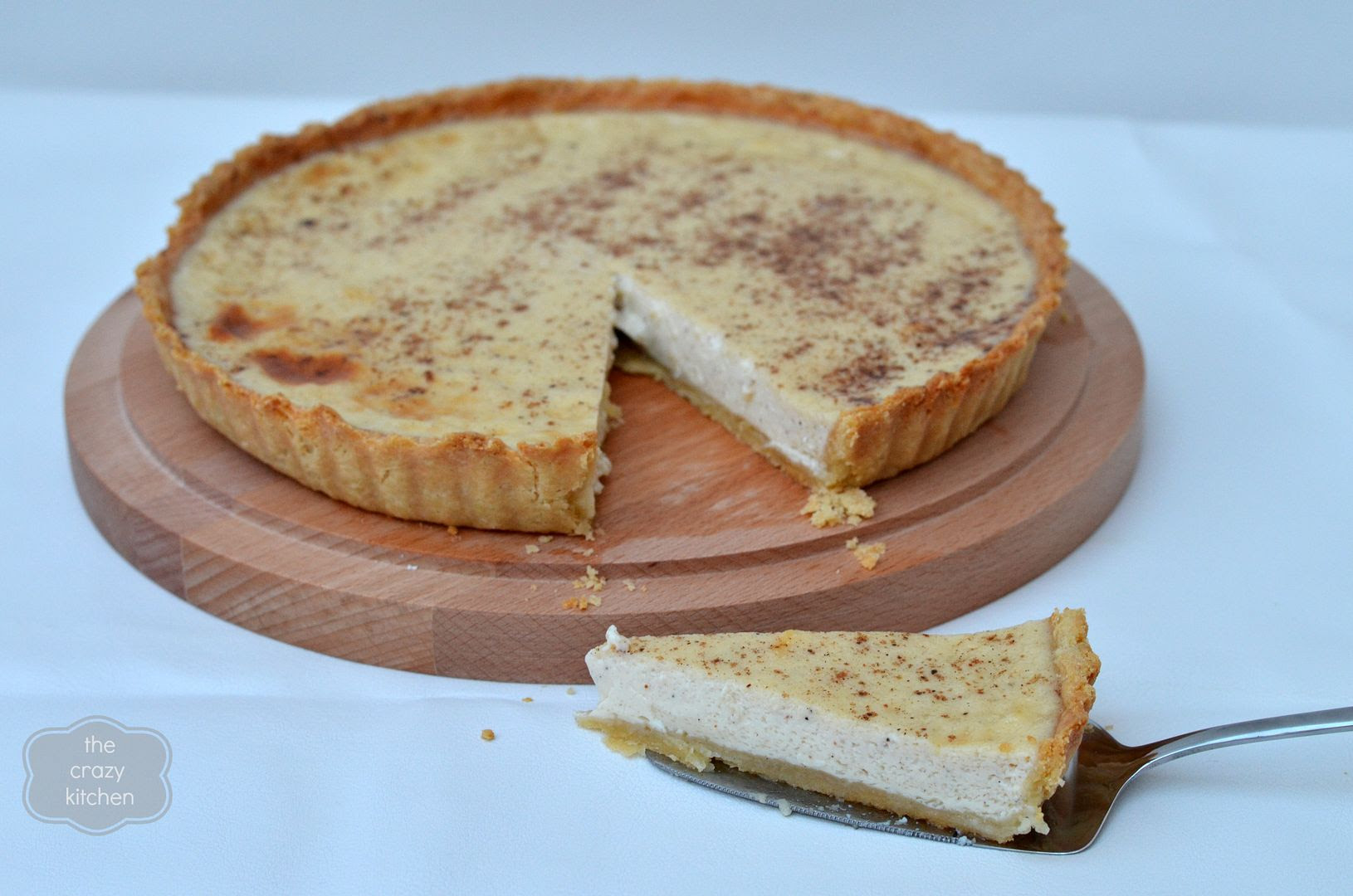 
apart from the custard filling looking a little brown from the nutmeg (I'll buy a whole one next time) it wasn't a bad tart - the pastry was lovely & crips & no soggy bottom...and it came out of the tin intact!

After all that you probably want to share your own fabulous pies and tarts so here is the linky for you to add your post. Please remember to read the rules and a little reminder that it will be open until 8pm on Sunday. We can't add any after this time I'm afraid.
Posted by Helen at 21:39
Email ThisBlogThis!Share to TwitterShare to FacebookShare to Pinterest
Labels: GBBO. great british bake off, great bloggers bake off, pies, recipe, tart