The Crazy Kitchen: Giant Chocolate Cupcake with a Surprise Inside

Giant Chocolate Cupcake with a Surprise Inside

At the beginning of the week Hanna had her 11th birthday and a few weeks ago had specifically asked for a giant cupcake, so who am I to disappoint my middle child. 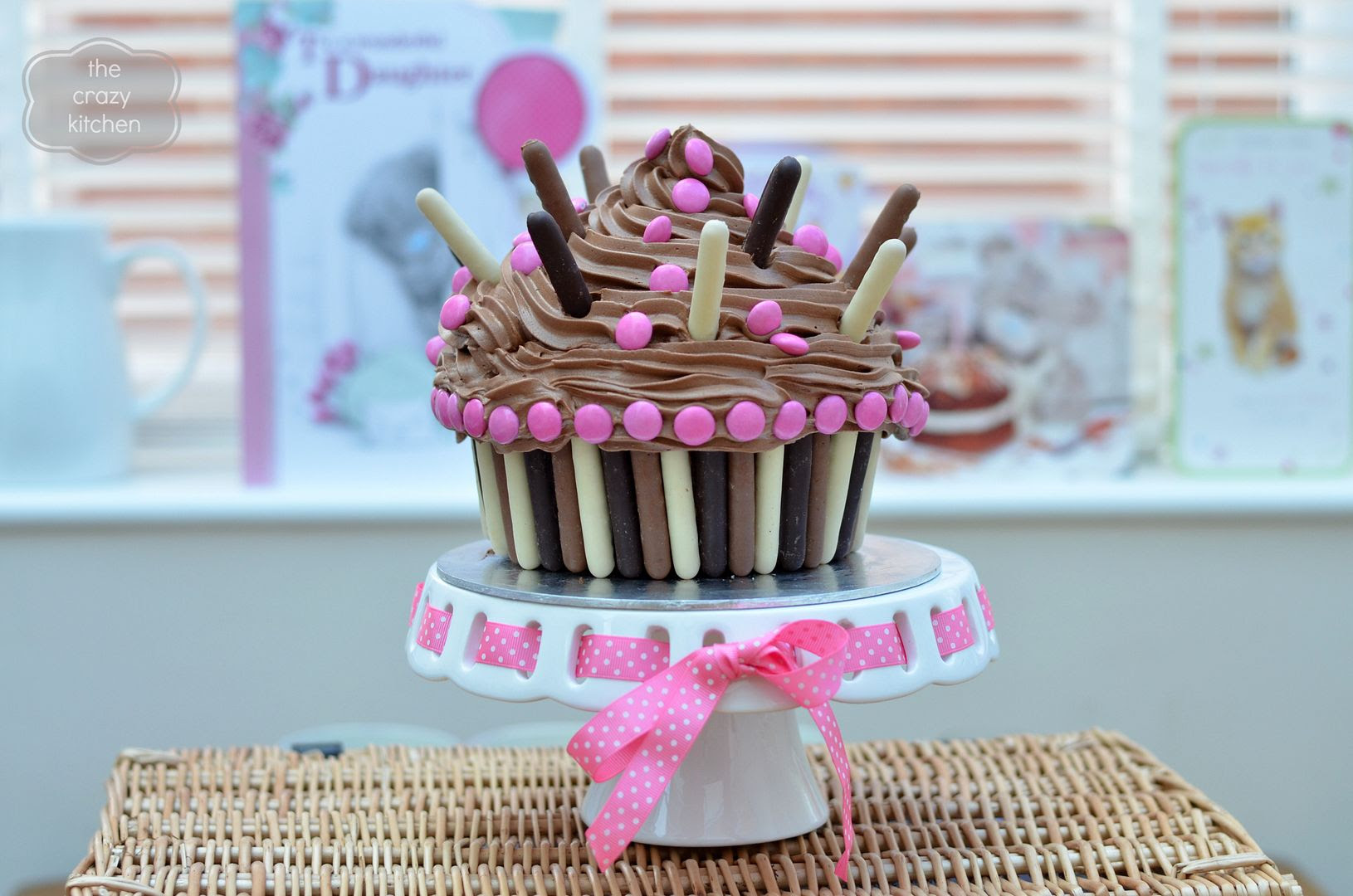 A friend lent me the cake pan, which was a one piece Eddingtons Giant Cupcake Pan. The instructions state that the different sides of the pan aren't the same size and that one size should be baked longer than the other. I didn't like the idea of opening the oven halfway through the baking time to add the rest of the cake batter so I cooked each side separately.

For the cake I used a Madeira cake recipe that I've used many times before, substituting a tbsp of flour for cocoa powder. For each side I used a 3 egg recipe :

Once the cakes were baked and cooled I used a cookie cutter to remove a piece of cake from the base that could be filled later with surprise smarties, leaving a gap around the edge & base of around 3-4 cm.

I made a batch of chocolate buttercream up using melted dark chocolate which would be used to sandwich the 2 layers of cake together as well as sticking the chocolate fingers to the sides and icing the top.

*The buttercream will thicken as the chocolate cools down more so don't worry if it's a little too slack to pipe, just leave for a few minutes before using. 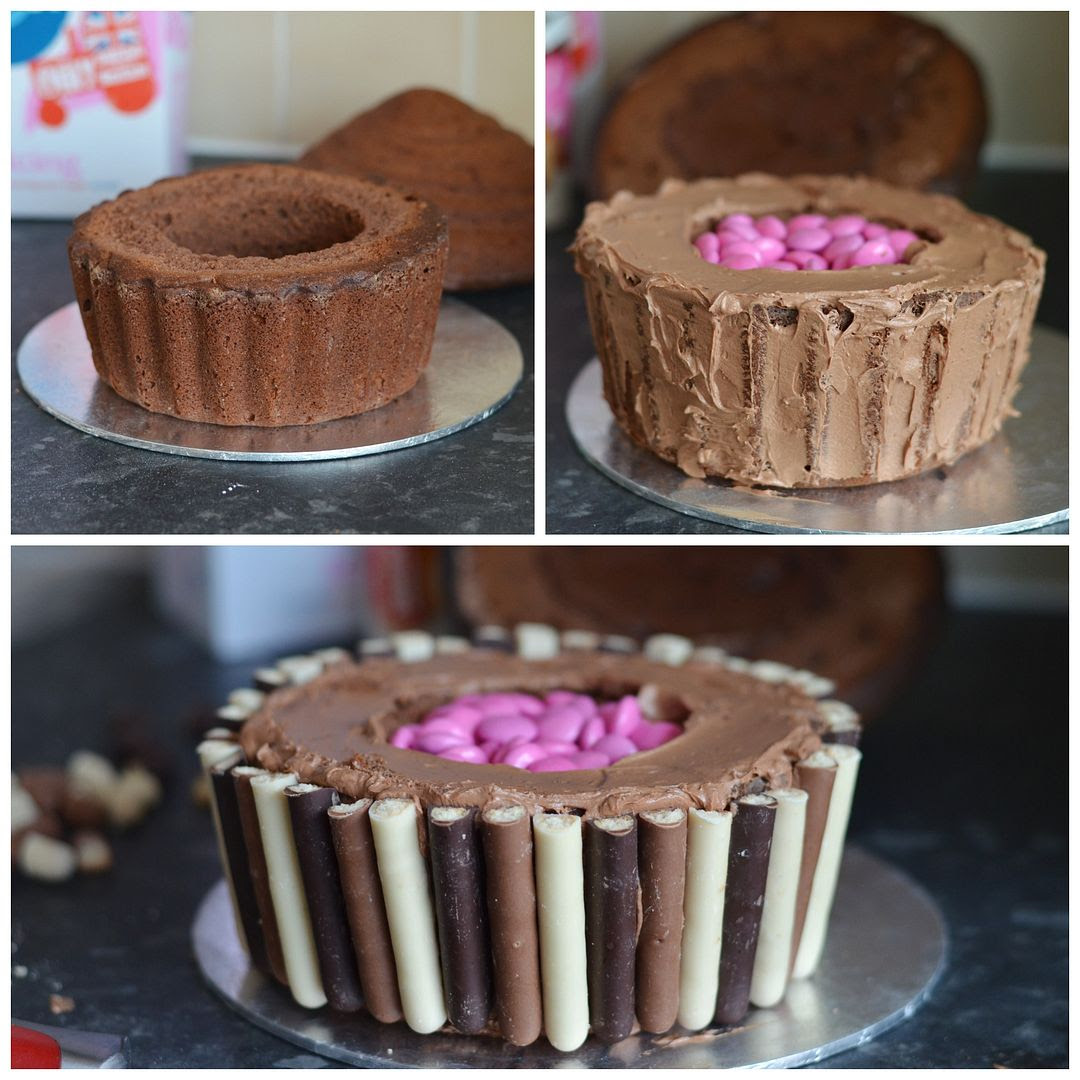 I used a variety box of chocolate fingers around the edge & used the equivalent of just under 3 boxes in total (including some for the top). I chopped the very ends of the fingers for around the side as they were a little too long. Once the cake was iced you couldn't see the cut ends. I used a disposable icing bag (like the ones that can be found here) with the largest star nozzle that I had, to pipe big swirls around the top of the cake and decorated with smarties and more chocolate fingers. I was pleased to find large tubes of pink smarties now available in the seasonal aisle in the supermarket for only £1 - one bonus of having Christmas goods in the shops in September! 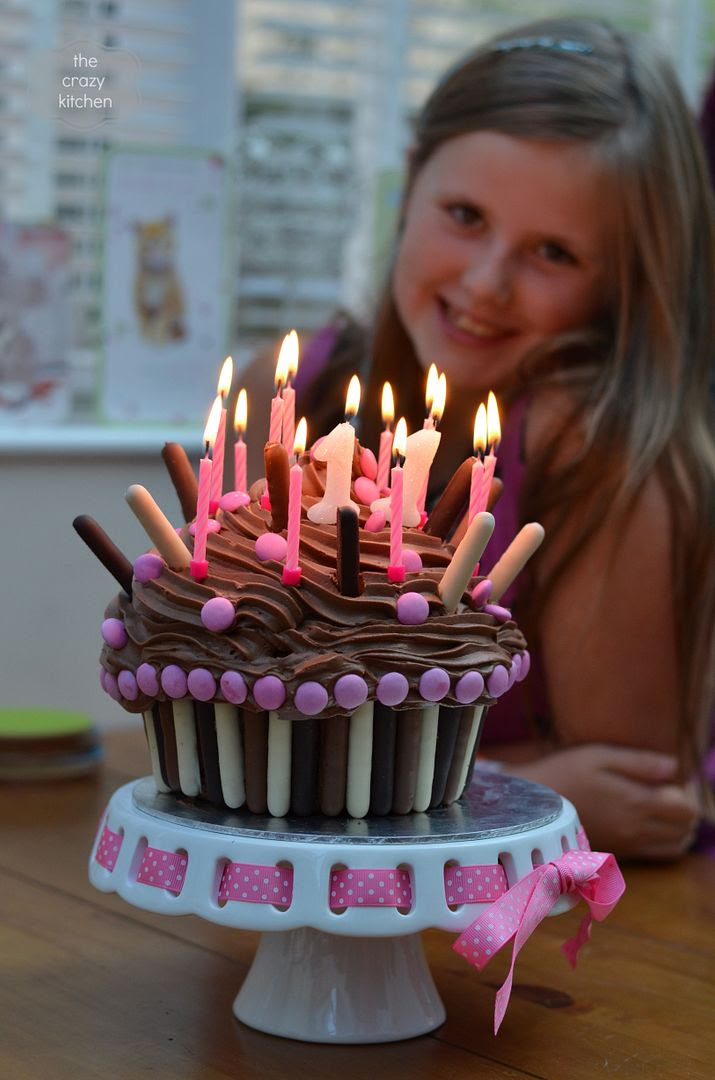 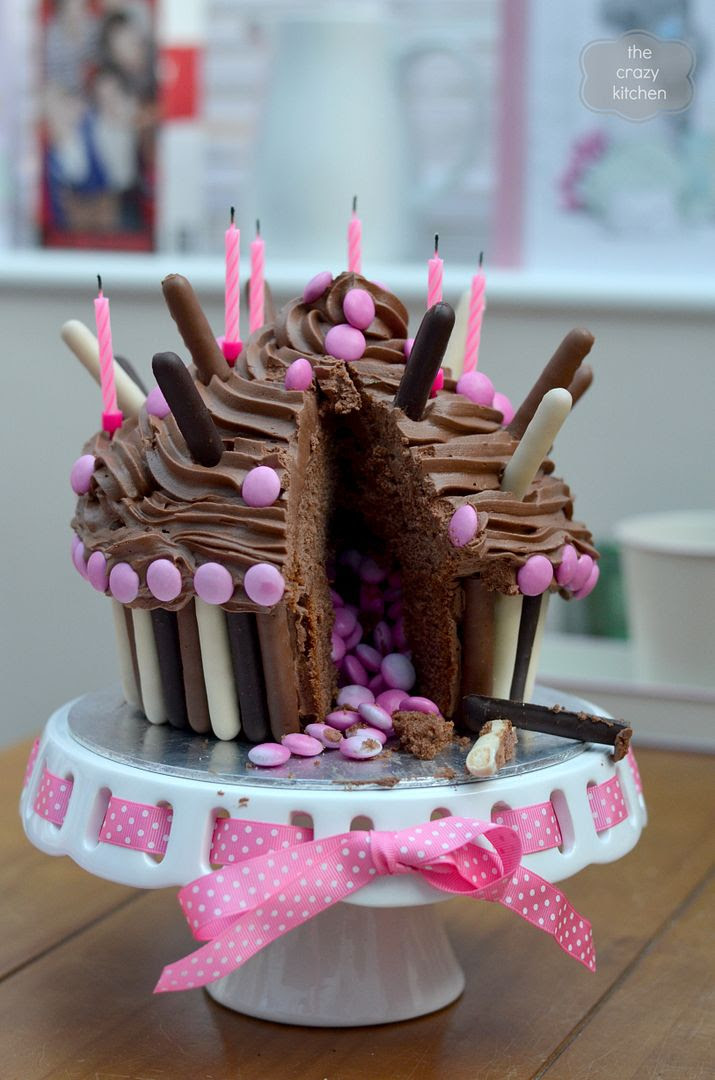 Some of the smarties lost their colour a bit due to the moisture but I was pleased how well the cake turned out and had one very happy daughter.

This is a sponsored post, however the recipe and decorating ideas are my own
Posted by Helen at 13:25
Email ThisBlogThis!Share to TwitterShare to FacebookShare to Pinterest
Labels: birthday cake, cake, giant cupcake, recipe