The Crazy Kitchen: My Kitchen Story

Four and a half years ago we had quite a small kitchen, with a tiny 2 foot square table against one wall. For mealtimes it was pulled into the middle of the room and we all sat around it, thankfully Jack was still in his highchair at the time as we could barely fit 4 plates on the table. I would serve the dinner up & then call everyone to the table, if they were too eager Sam would have to wait until the oven was closed before he could sit down. If there was to be ice cream for pudding we would all have to shuffle over so the freezer could be opened, and then shuffle the other way whilst the dishwasher was loaded. We did have a utility room though, not that it proved much use as it was very small and had a door in and a door out and not much space in between.

So on the first snowy day of January 2010 the foundations were dug out for a conservatory, which then led onto a wall or two being knocked down. 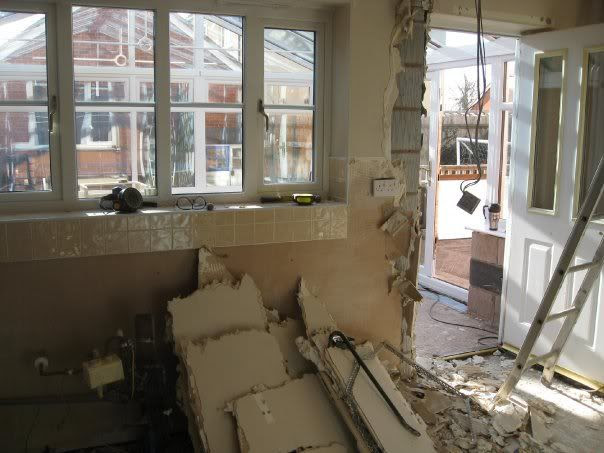 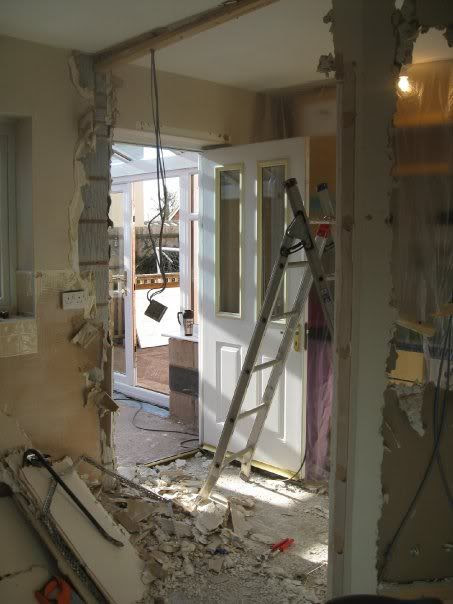 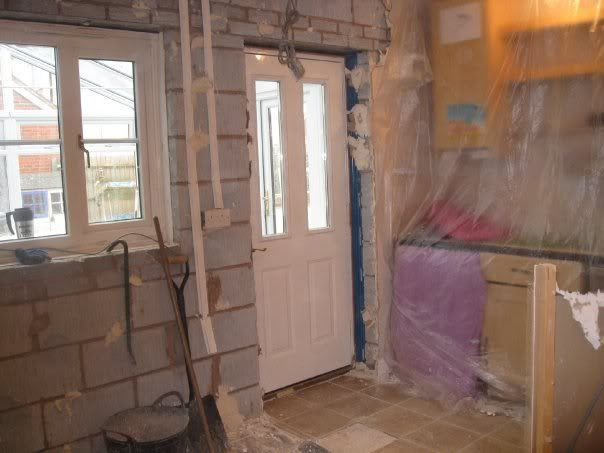 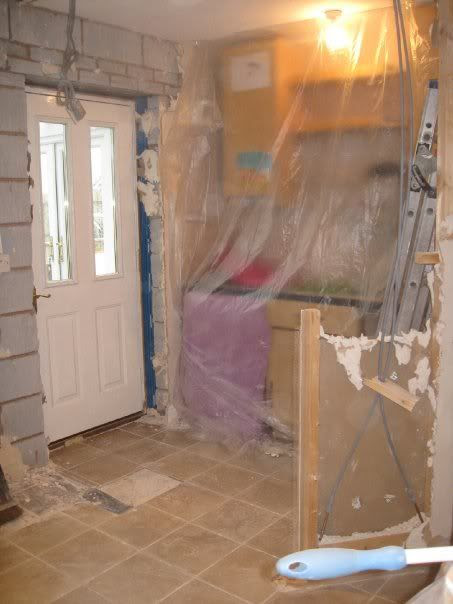 Until we had one large space, perfect for football. (The sun may have been shining but it was a freezing cold February, hence the gloves & hoody). 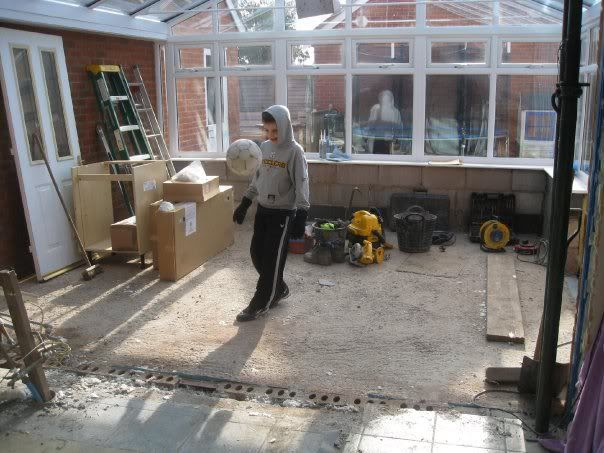 After a lit bit of tidying up we were able to celebrate Jack's first birthday in our new kitchen space a few weeks later.

Over the years we have rearranged the furniture a number of times, as well as putting wallpaper and blinds up. It's now more than ready for another lick of paint and some fresh wallpaper. 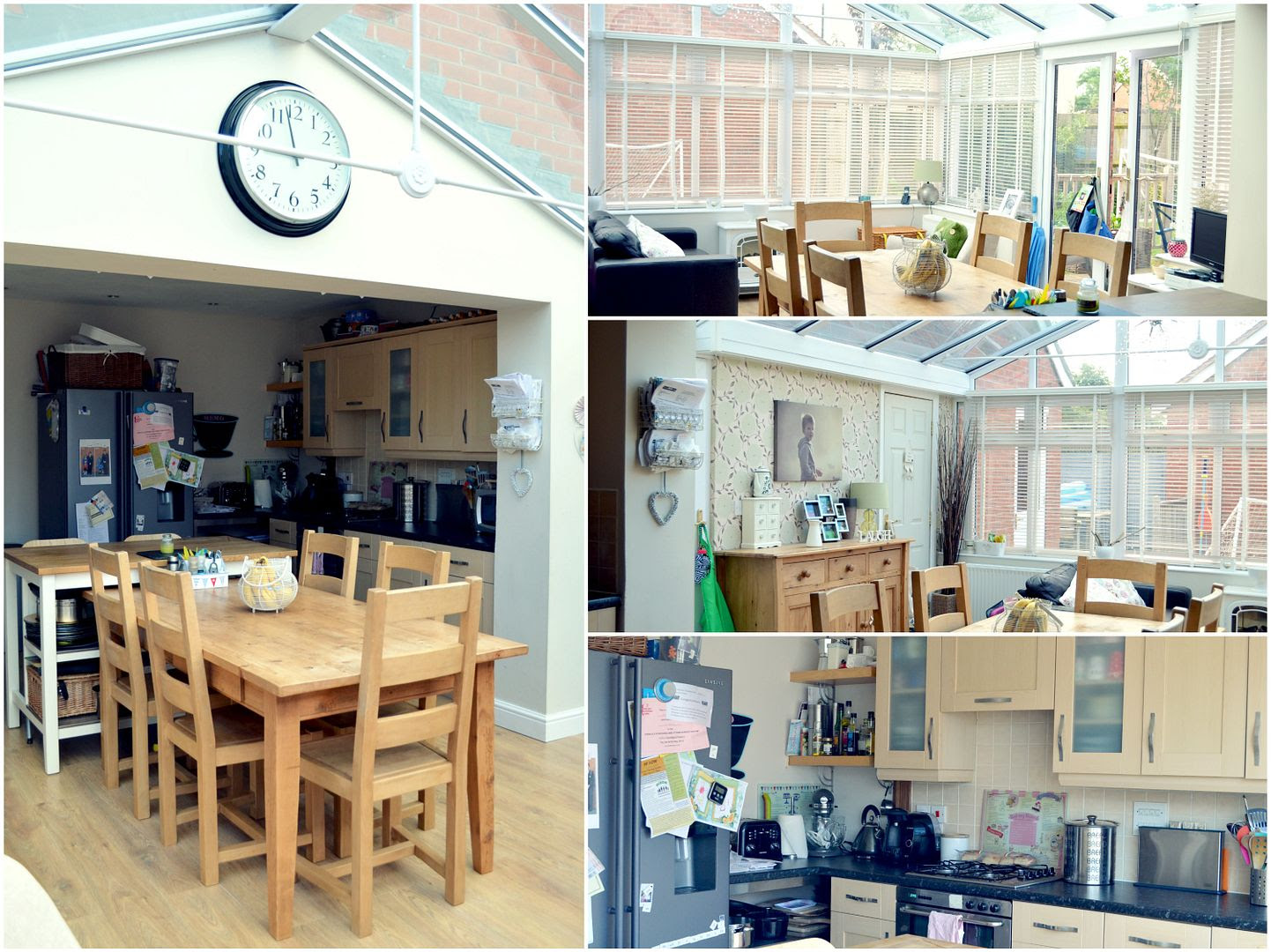 It's definitely not a show home, and there are full shelves wherever you turn, whether they be filled with cooking oils, photos or kids bits n bobs. 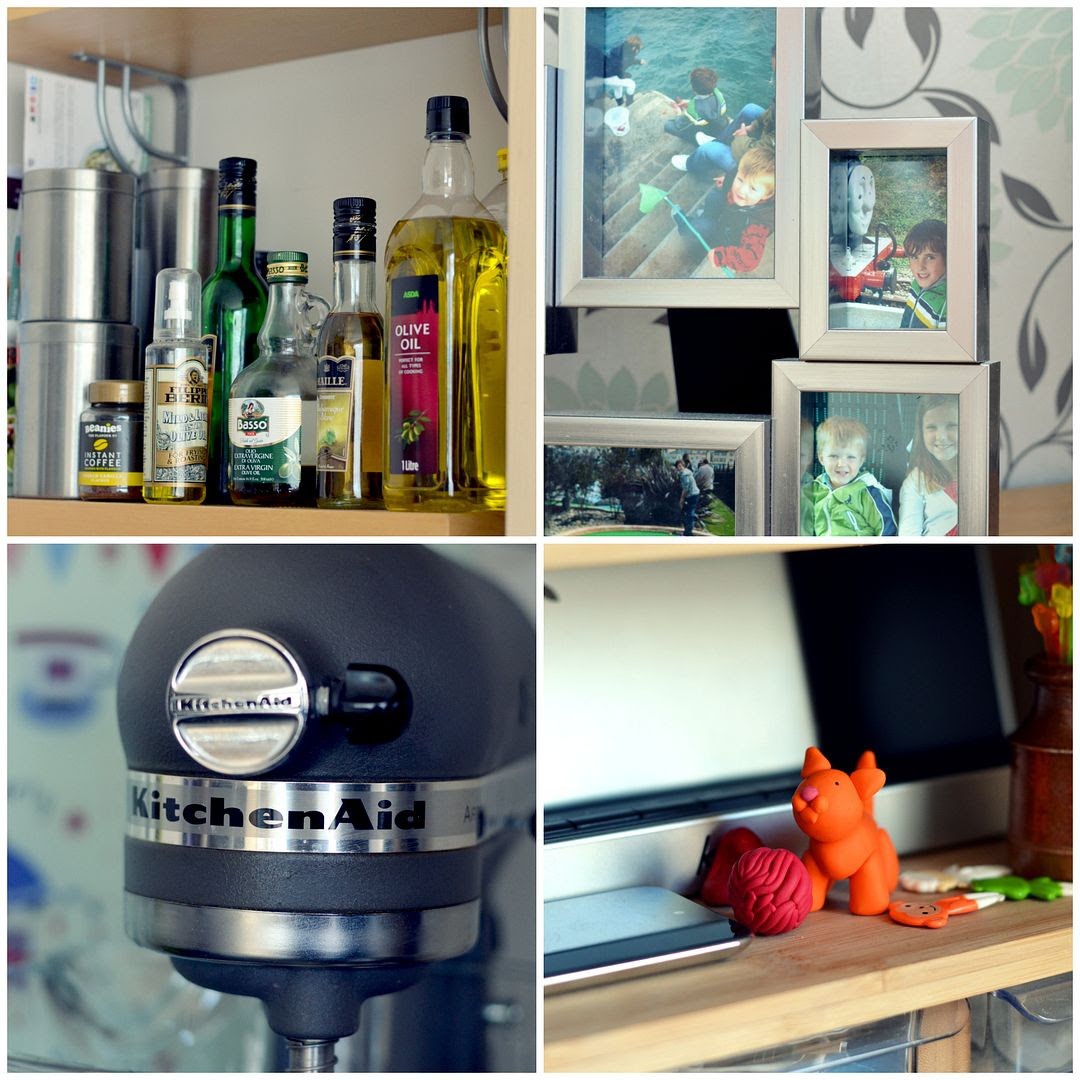 There will always be a ball of some kind around the kitchen, just this morning I came across 3 ping pong balls, a small football and a handful of marbles. 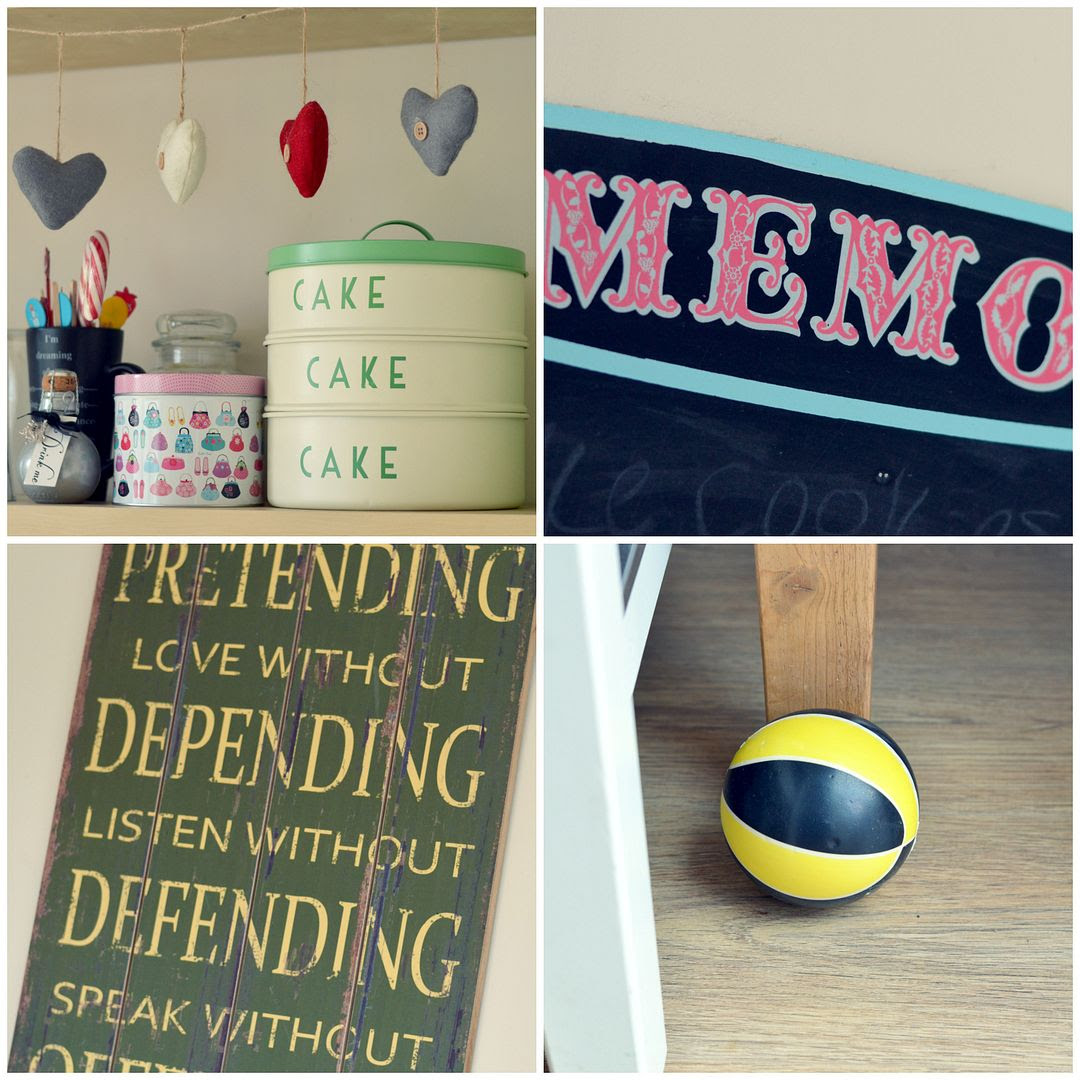 There may usually be a full shelf of Prosecco too.... 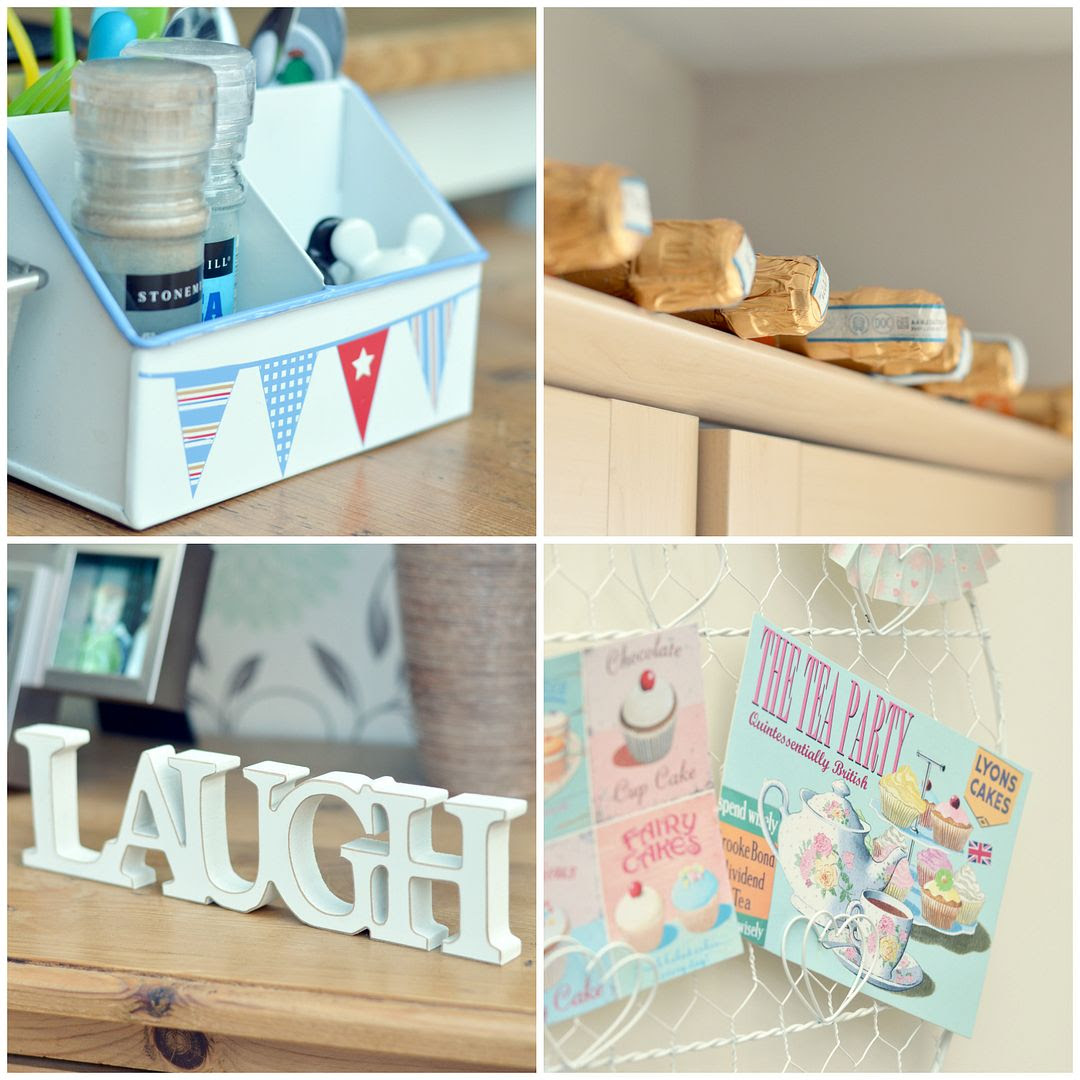 Not forgetting the many pairs of shoes found lying around, as well as magnetic messages on the fridge! 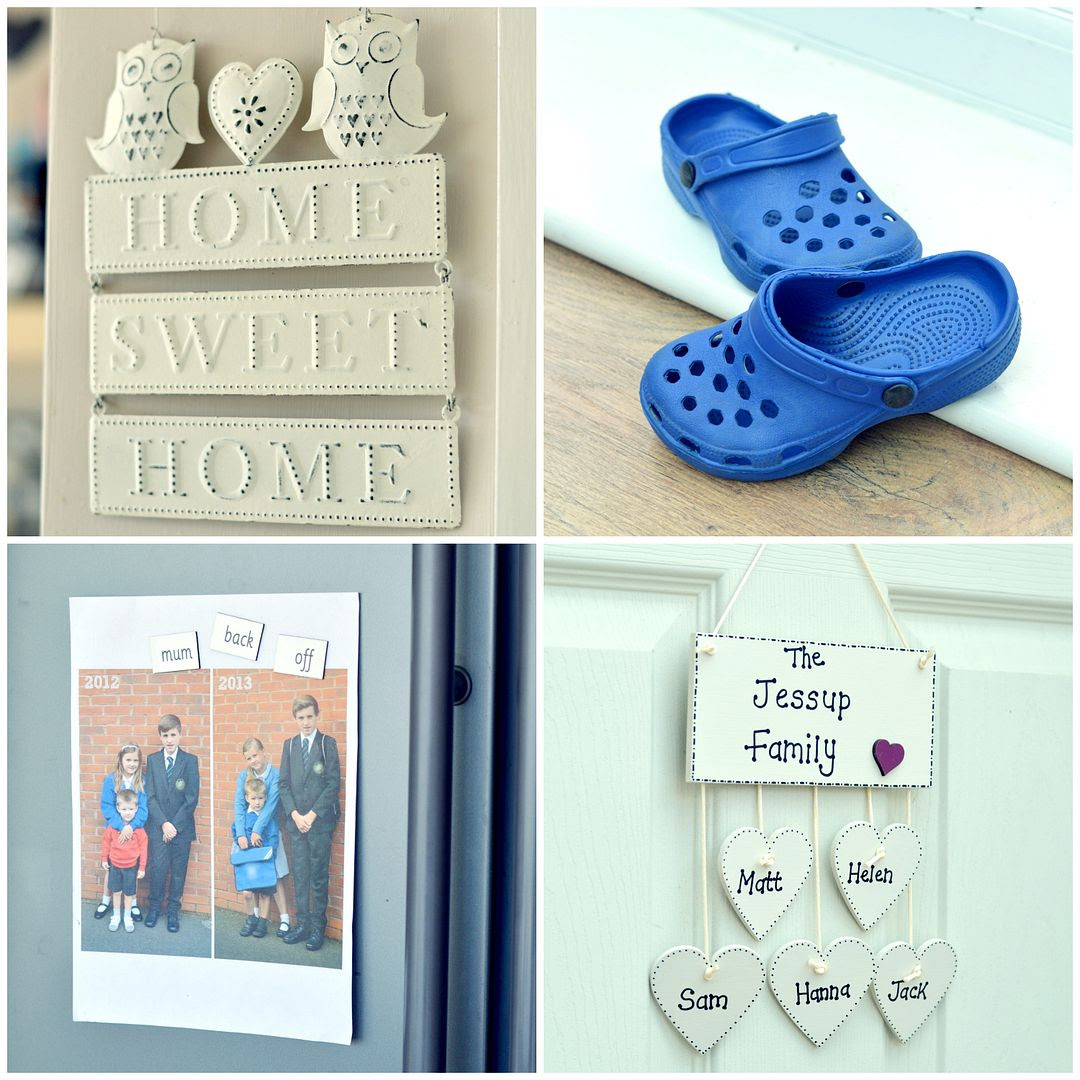 This is our kitchen, and we love it, this is The Crazy Kitchen!


This post is an entry for the "My Kitchen Story" Linky Challenge, sponsored by Fairy Platinum.
Fairy Platinum All in One has been awarded best in test 5 years running by Which, is a great way to keep your dishes clean. 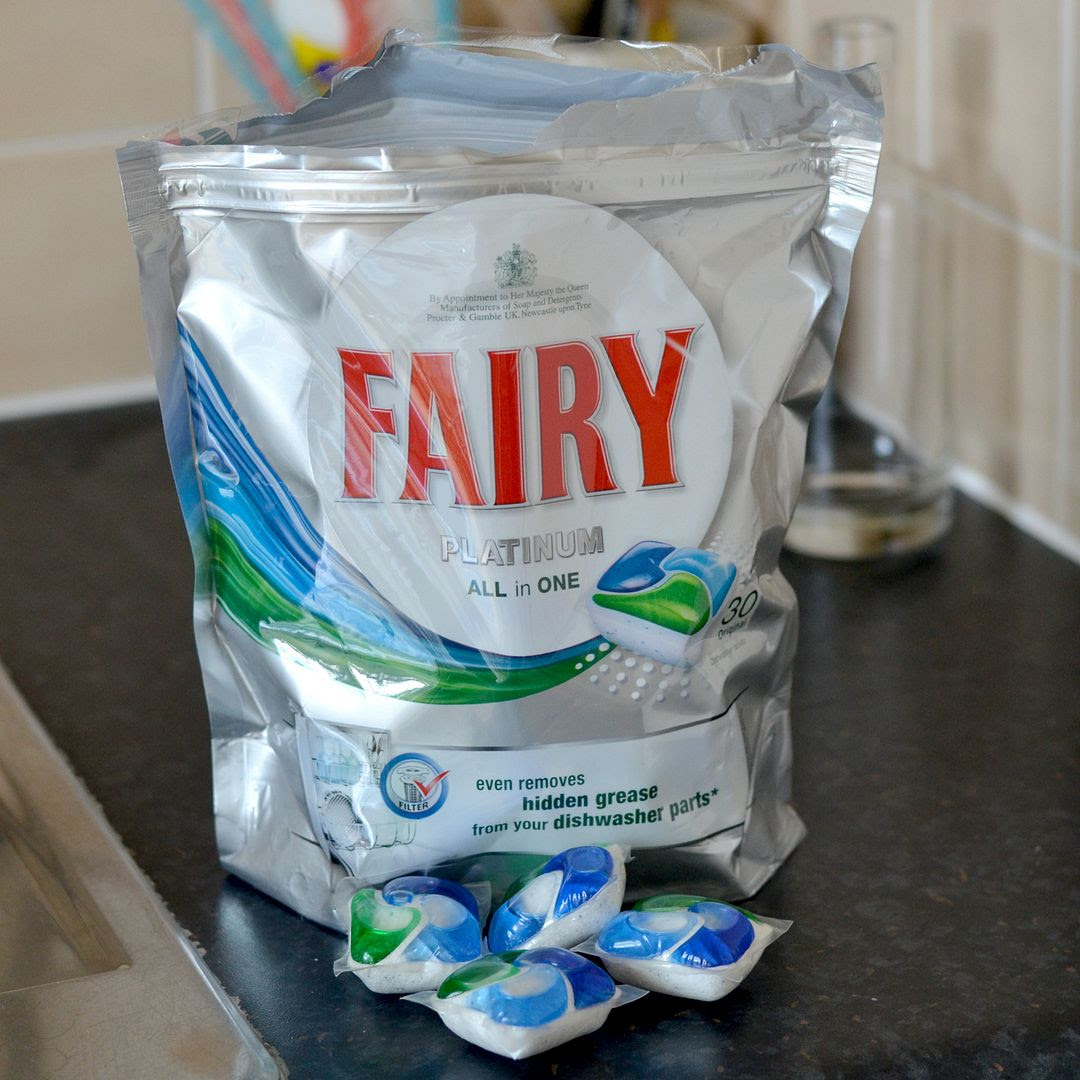 Posted by Helen at 10:29
Email ThisBlogThis!Share to TwitterShare to FacebookShare to Pinterest
Labels: #Kitchentales, fairy platinum, kitchen, the crazy kitchen