When you're suffering from a bout of the holiday blues, there's only one thing for it, and that's to recreate a holiday dish, which is guaranteed to brighten spirits and banish the blues, even for just a short time.

We've not long returned from Spain, and with one of the national dishes of Spain being Paella (albeit of the seafood variety) I decided to make a version with SPAM - yes SPAM. It's hammier than ham, don't you know!

I was surprised to see that SPAM is primarily made from high quality pork shoulder meat and ham, which makes up a minimum of 90% of the content, which is actually more than many everyday pork sausages, some of which contain less than 50% pork. After making this paella I'm a complete SPAM convert, along with the rest of the family, who all loved it - and the little girl who lives next door wanted me to give the recipe to her mum as she said it looked really nice.

If you haven't made a paella before then it really is such a simple dish to cook, and unlike risotto, you add all the liquid in one go and cook without stirring. 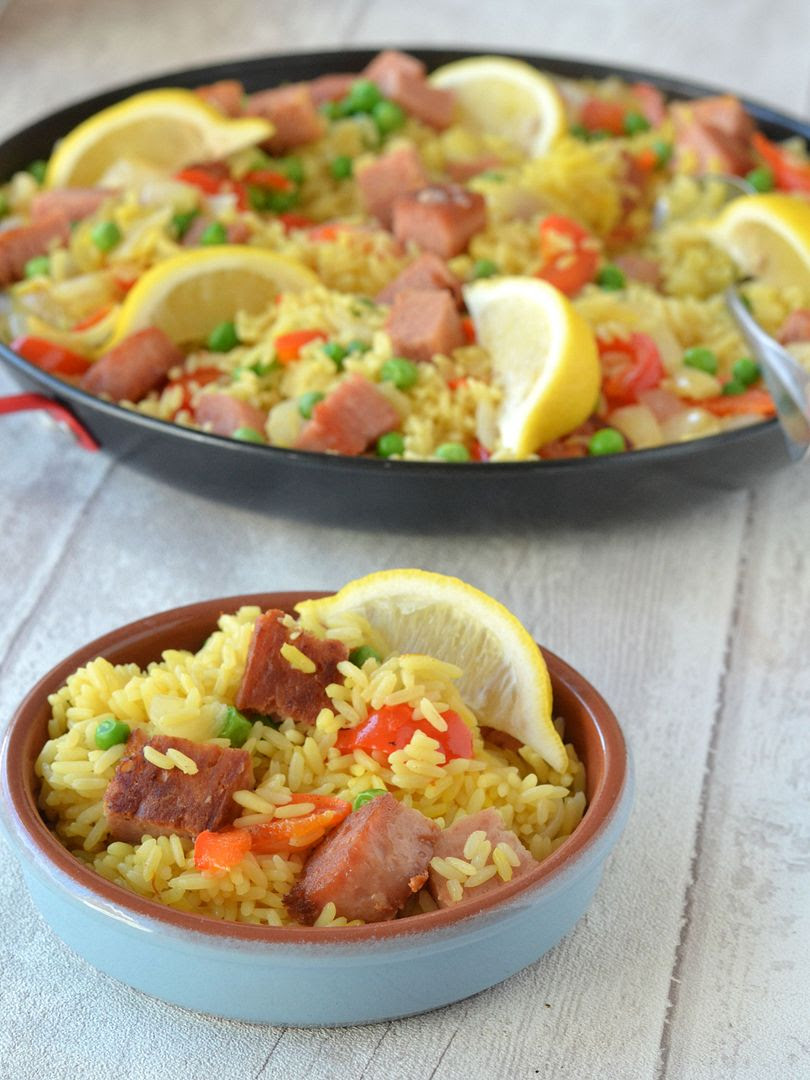 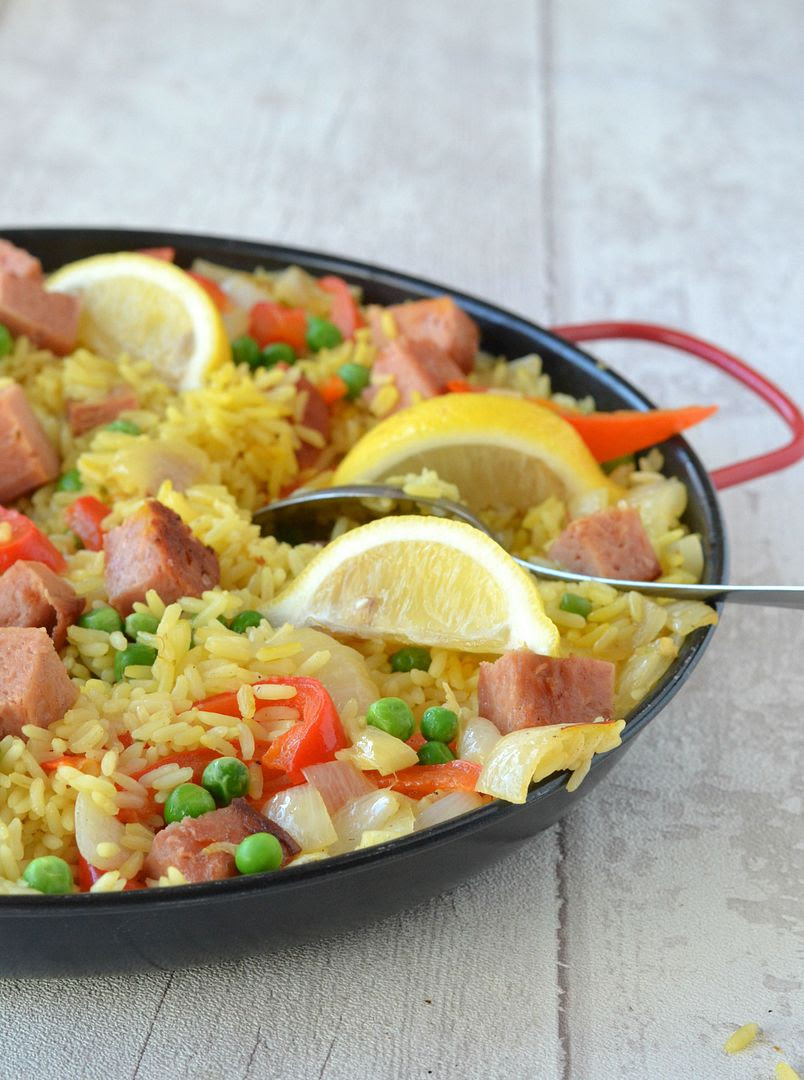 This recipe has been commissioned by SPAM
Posted by Helen at 08:13
Email ThisBlogThis!Share to TwitterShare to FacebookShare to Pinterest
Labels: family meals, paella, recipe, rice, spain, SPAM