This is not an everyday meal, well not in this house anyway. In fact we don't eat any kind of steak very often, we are more of a pork chop kind of family. However, I was sent a selection of exotic meats and fish from Kezie Foods, including Kangaroo, Venison and Horse to name a few.

I also received a PolyScience Sous Vide Discovery Thermal Circulator from Sous Vide Tools during half term but didn't have chance to get it out of the box whilst the children were around so it was the perfect opportunity to try it out with the exotic meats. I've not used one before but have been reading up on it a little in the Sous Vide Cookbook that I also received. 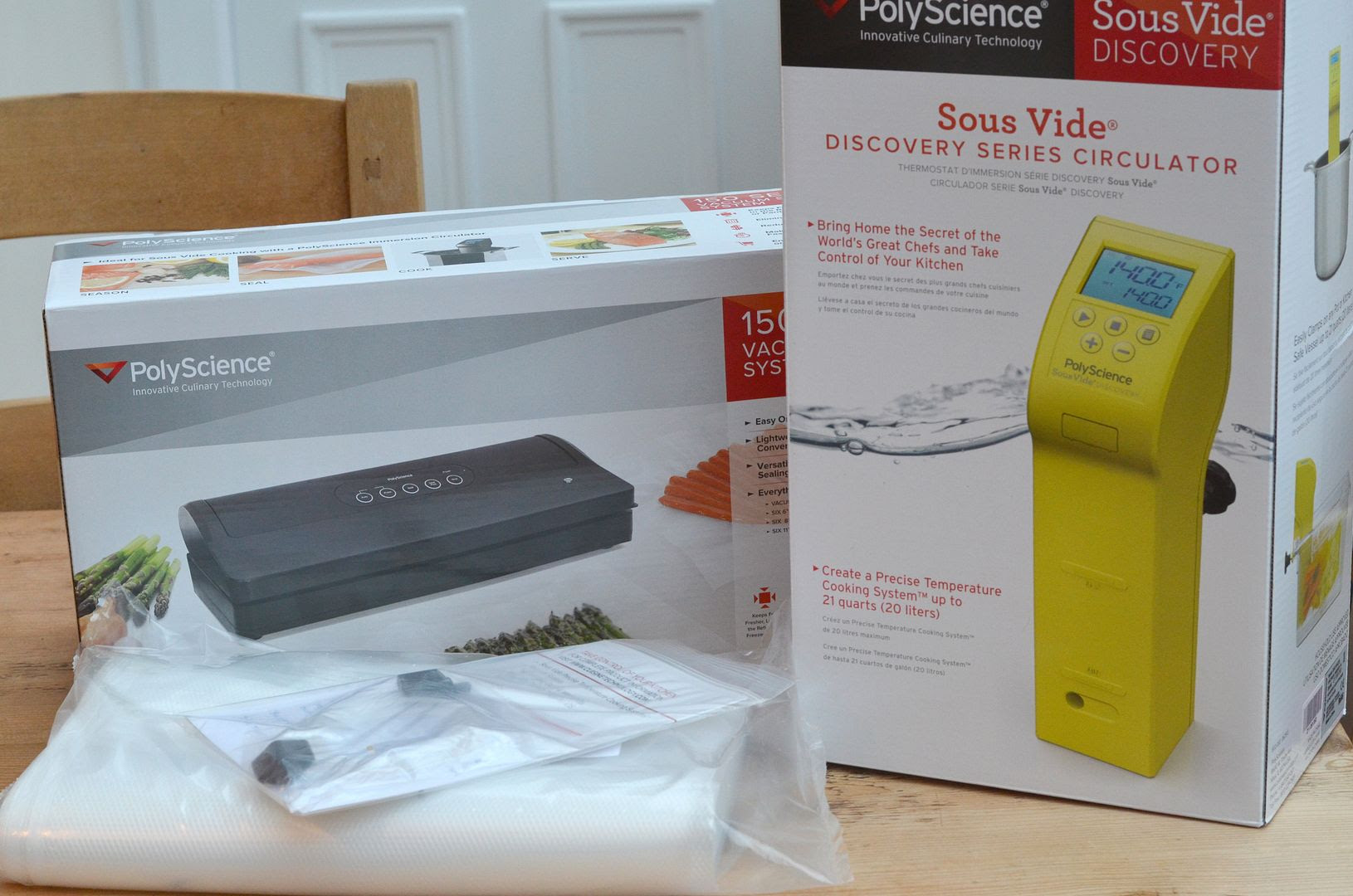 I set the Thermal Circulator up on the side of a large pot filled with water, set the temperature (I opted for 63C) and left it to do it's stuff whilst I went on the school run. It didn't take long to reach temperature and was then ready for cooking. I rubbed some garlic and black pepper into the steaks (kangaroo & horse), sealed them in vacuum bags and popped them in the water bath for 3 hours. The ostrich steak was already precooked so I set that aside to pan fry later.

I made a creamy mash with some delicious Rodda's clotted cream that I had picked up on a tour of their creamery last week (more on that in another blog post) to serve with the steaks. 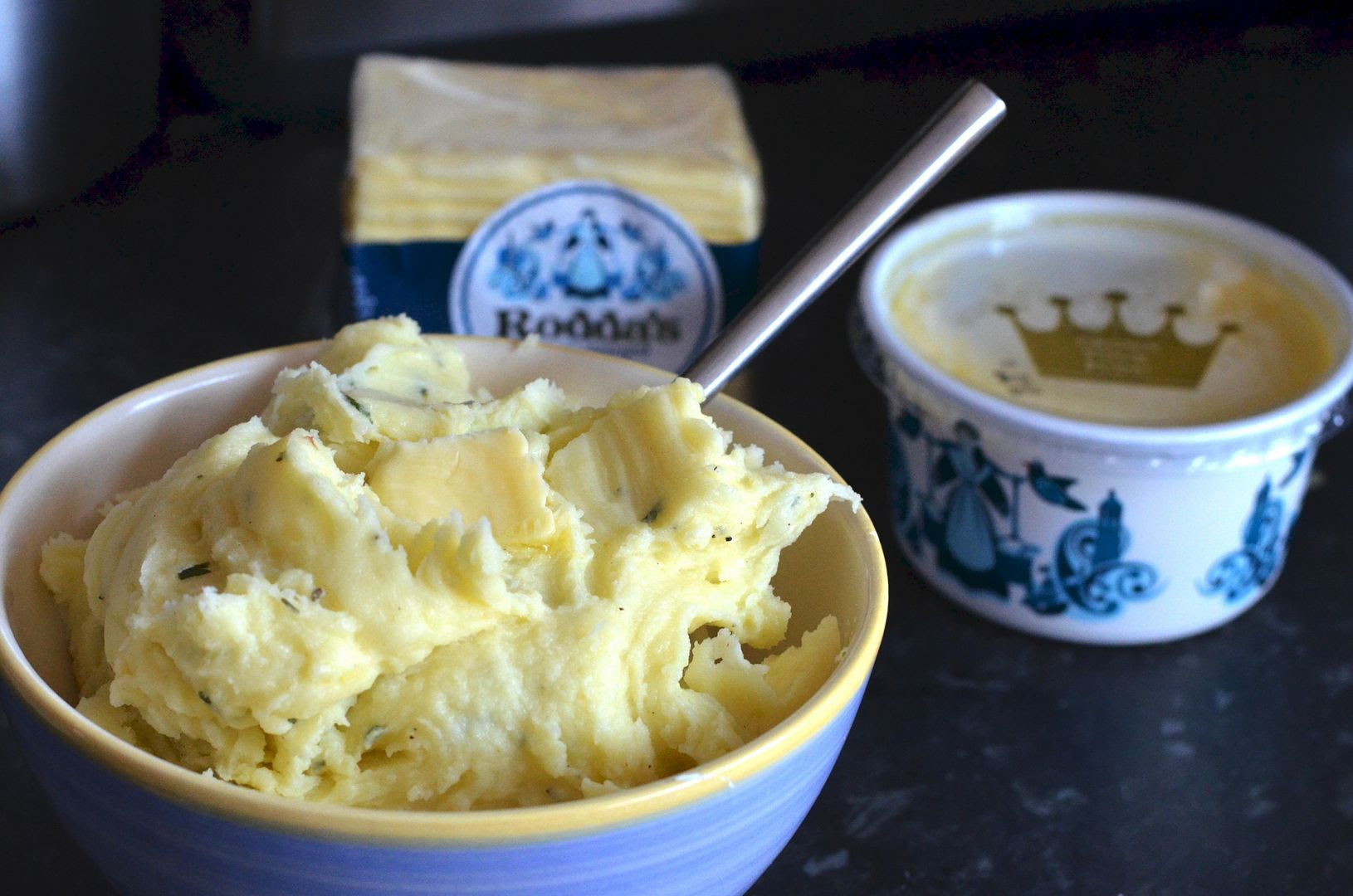 Once the kangaroo and horse steaks were cooked I heated some butter in a frying pan and seared these and the precooked ostrich for around 30 -60 seconds on each side, adding extra freshly ground black pepper.
Once the steaks had been seared I added a spoonful of clotted cream and more course ground black pepper to the remaining butter and spooned this over the steaks when serving.

The ostrich was perfectly cooked and lovely and tender. As it was the first time using the Sous Vide I didn't want to undercook the steaks as I don't like meat too rare, but these were perhaps a little over done so next time I will try cooking to 60C.

I wasn't very keen on the kangaroo, a little less tender than the horse and ostrich and a bit too 'meaty' tasting for me. The husband tried all of the meats and really liked the ostrich but wasn't keen on the horse or kangaroo.

I heated up some of the remaining kangaroo and horse with onions, mushrooms, tinned tomatoes and herbs and blended it up to make a pasta sauce for the children, and they ate the lot - although I haven't yet told them what it was!

OXO Good Grips Pepper Grinder - perfect for cooking or on the table, adjustable from fine to course grind and leaves no mess behind as it grinds from the top. I have owned so many pepper grinders in the past and have never found one that grinds as easily and reliably as this. I have also been searching for a decent, inexpensive, garlic press that presses the garlic without effort or the need for peeling - I have now found it in the OXO Good Grips Garlic Press - a one piece press with no fiddly inserts. 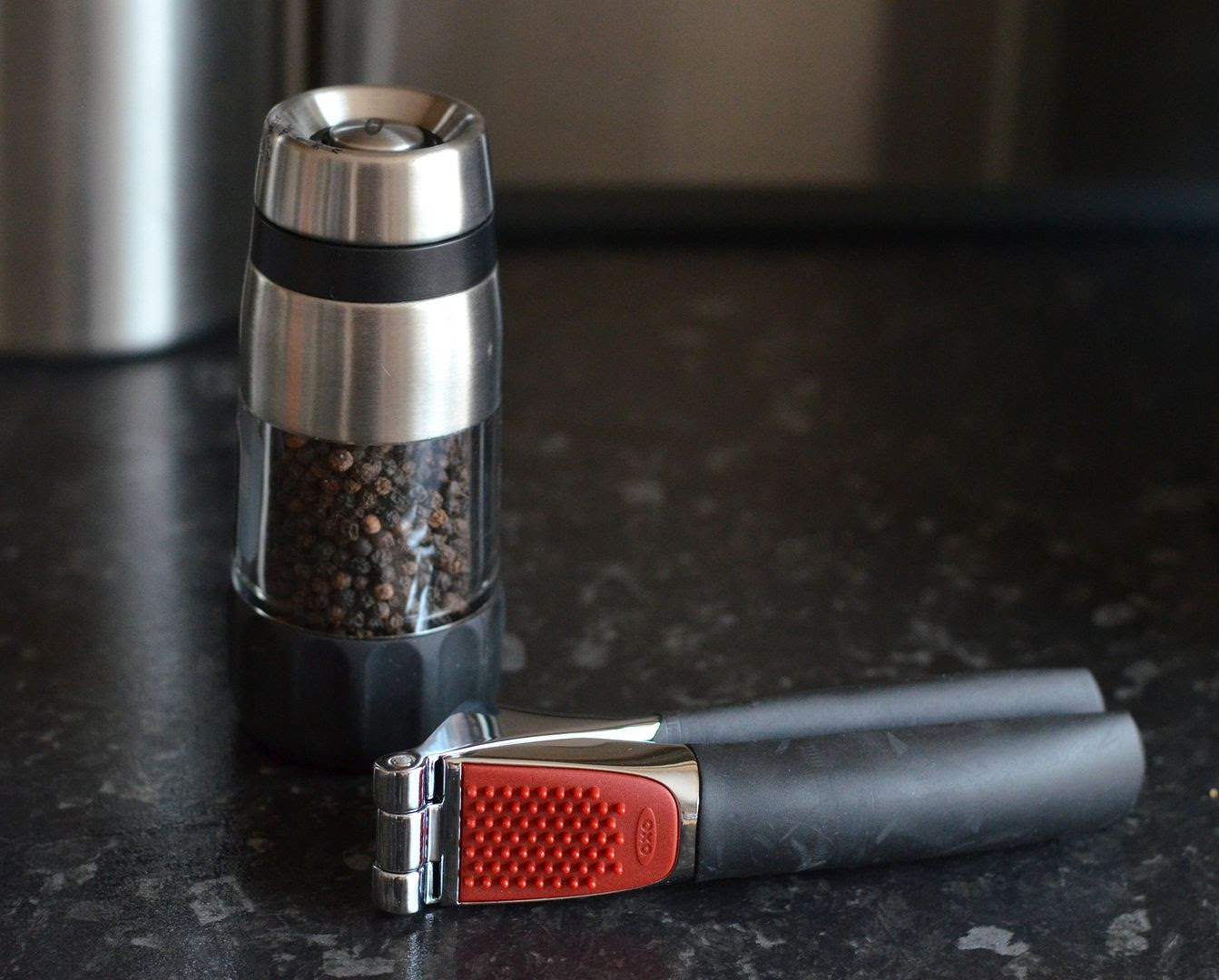