We've got 11 for Christmas dinner this year so instead of paying out for 11 place card holders that I probably wouldn't use again for a long time, I decided to make some. They're very simple and all you need is some binder clips and spray paint. 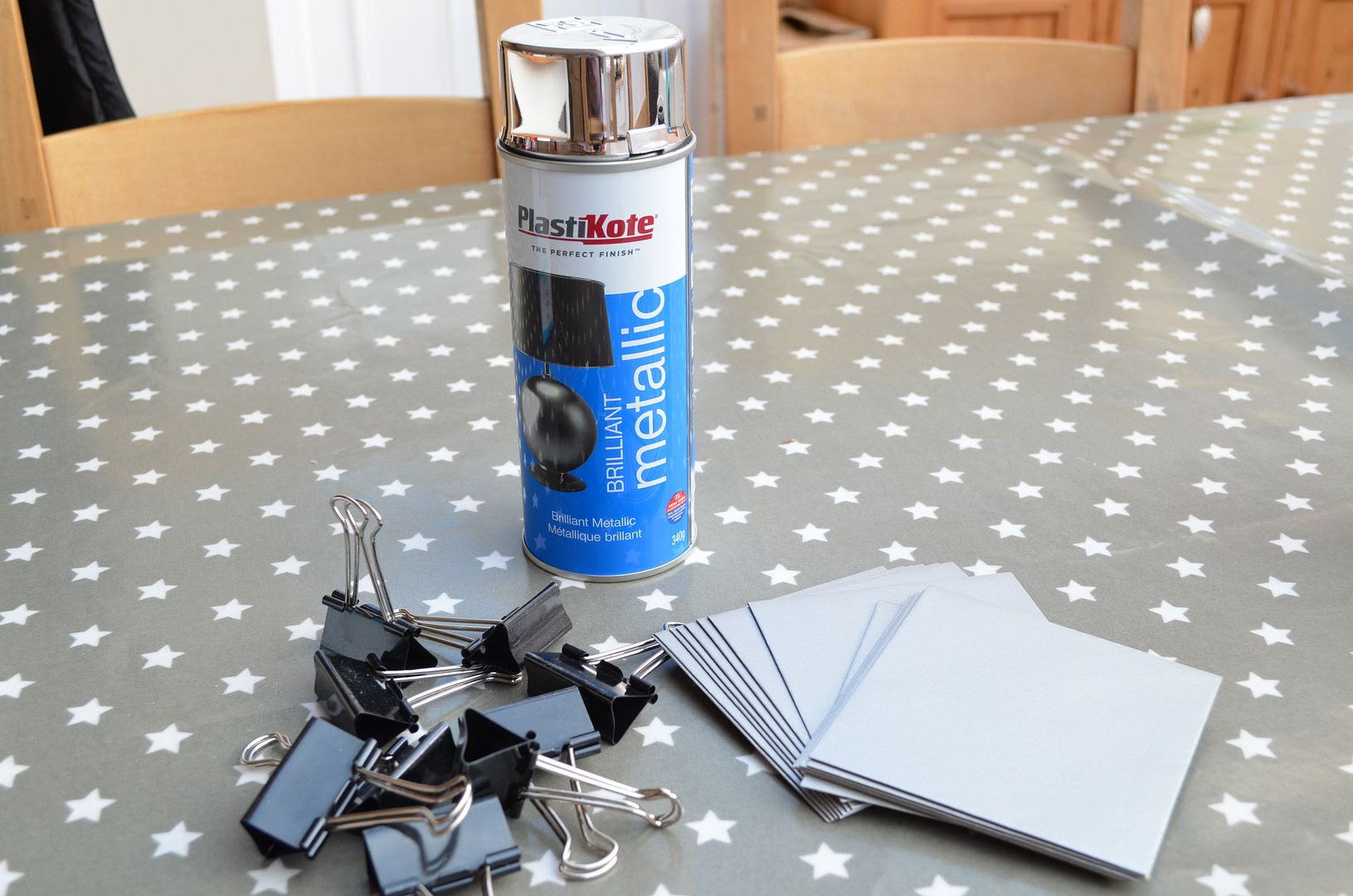 I used silver spray paint to match our Christmas table and sprayed the black part of the clip whilst holding onto the other end, and then hanging them on a skewer held between 2 surfaces whilst they dried. 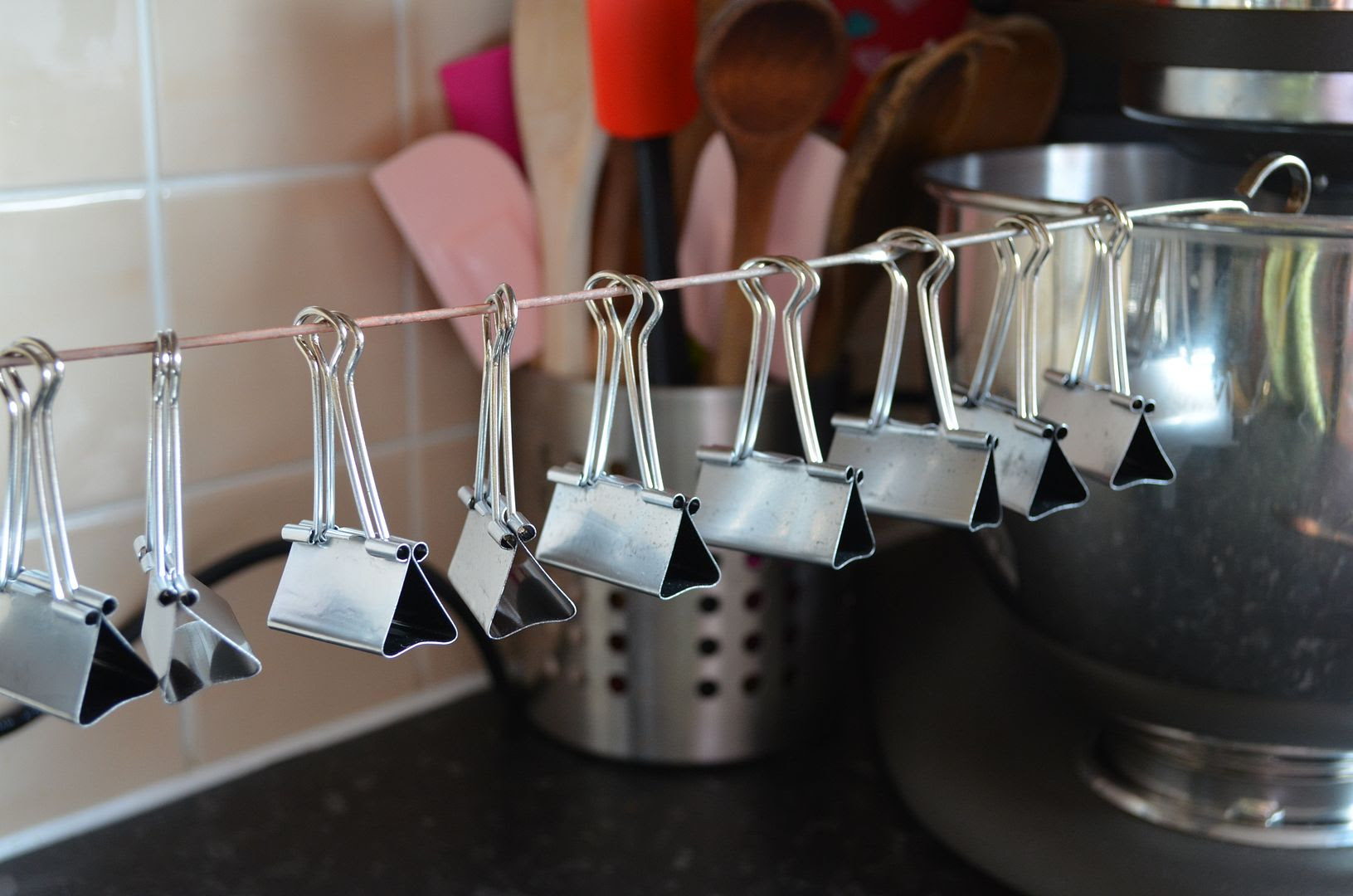 You can then use the clips to hold a name card, or an envelope containing a scratch card as I've done here. 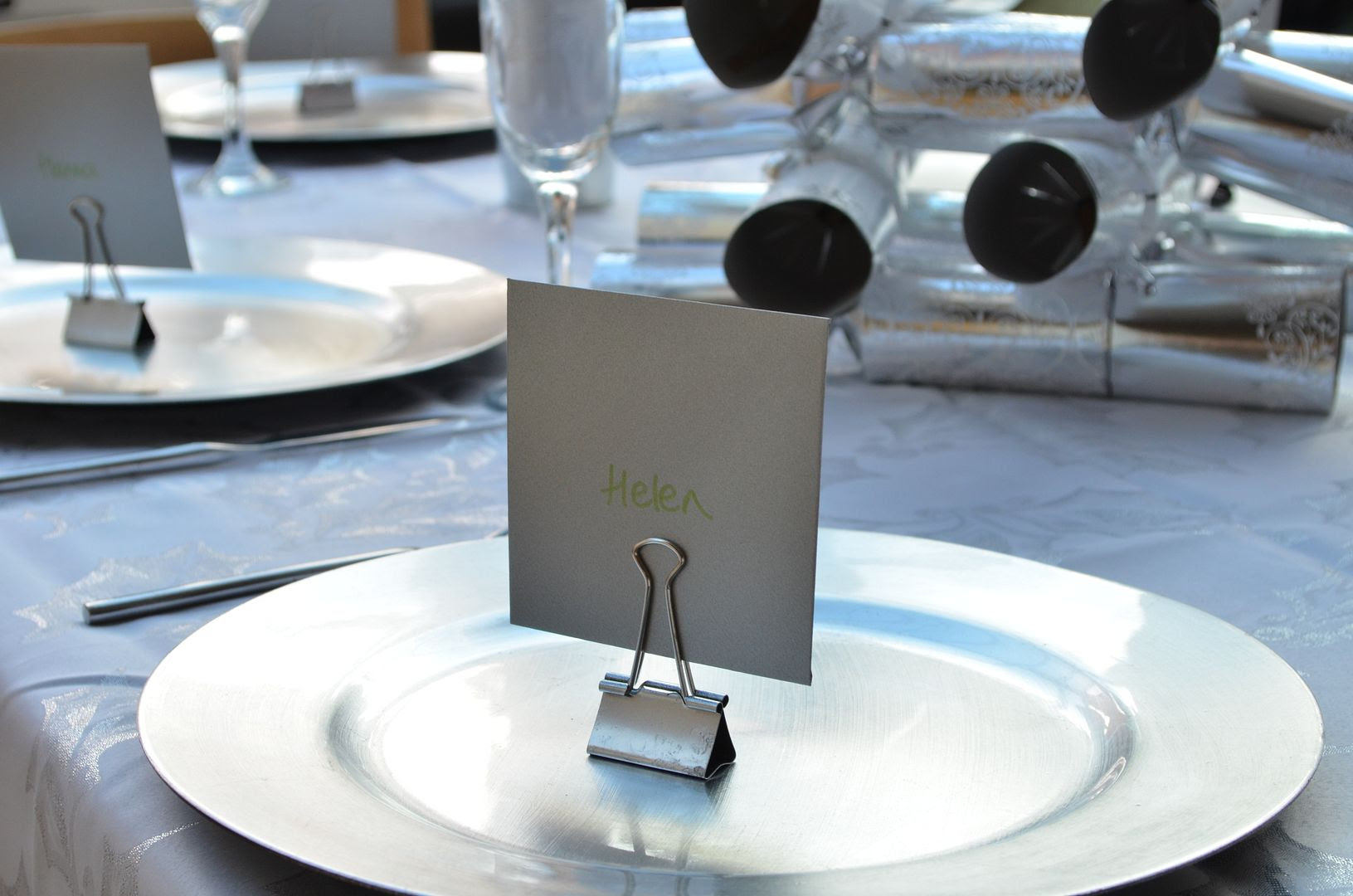 If my colour scheme changes the next time I have 11 for dinner I can just re-spray them...simple.

I have also been inspired by a friend who has been making sweetie trees on the lead up to Christmas and selling them at her local school Christmas Fair. Whilst I was in Hobbycraft a couple of weeks ago I had a look to see what I could use to make one or two for our Christmas dinner table. I picked up some floral oasis balls, a block of oasis, some cinnamon sticks and small buckets.

I covered the oasis ball with foil, stuck one end of the cinnamon stick into it and the other end into a piece of the oasis in the bucket. I inserted one end of a cocktail stick into a sweet (Quality Street) and the other end into the ball, and repeated this until the ball was completely covered. I covered over the oasis in the bucket with a piece of coloured card cut to size, which also helped steady the ball as it was quite top heavy once covered in sweets. 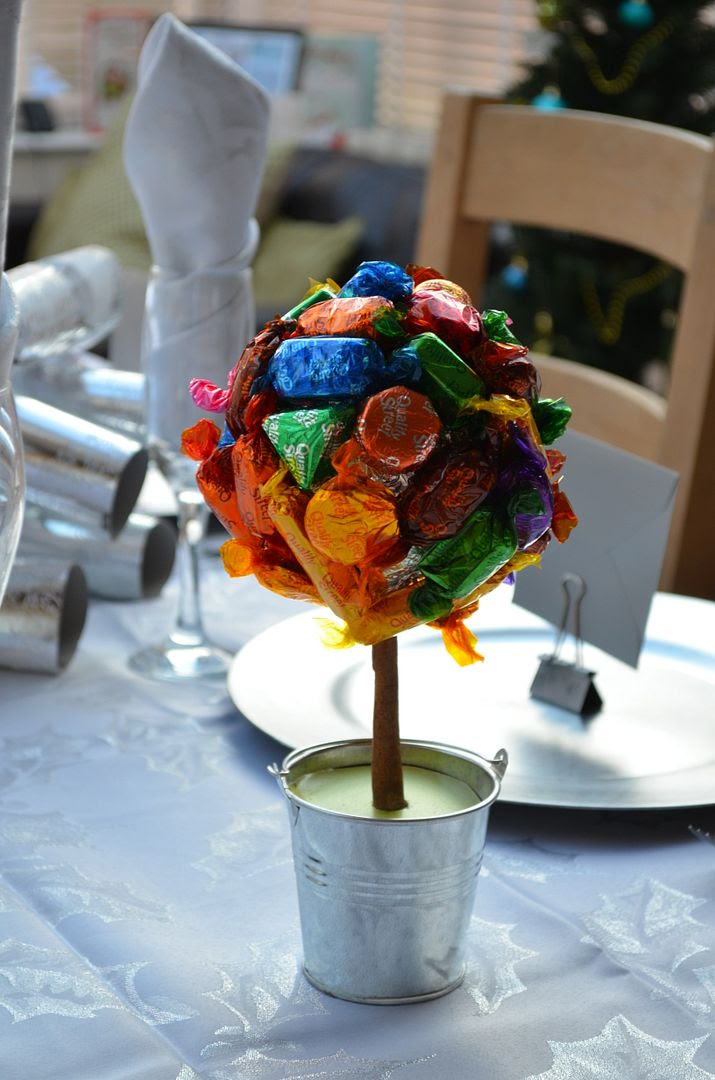 I'll be placing two of these on the dinner table for guests to graze on.

Posted by Helen at 22:56
Email ThisBlogThis!Share to TwitterShare to FacebookShare to Pinterest
Labels: christmas, crafts