The Crazy Kitchen: One Chicken 3 Ways

Last week I bought a couple of chickens, froze one and decided to use the other one to see how frugal I could be and see how far it would spread rather than just roasting it and sharing it out at one mealtime.

Firstly I slow cooked the chicken for around 3 hours with just a few herbs on it and a stuffed with a lemon. I then separated the meat into two - breast meat and dark meat. The carcass then went back into the slow cooker in the juices and some extra boiling water for another few hours to make some stock, which I then froze until I needed it.

I used the dark meat to make a Chicken Biryani which was served with a Butternut Squash and coconut curry and accompaniments, plenty enough for all 5 of us. 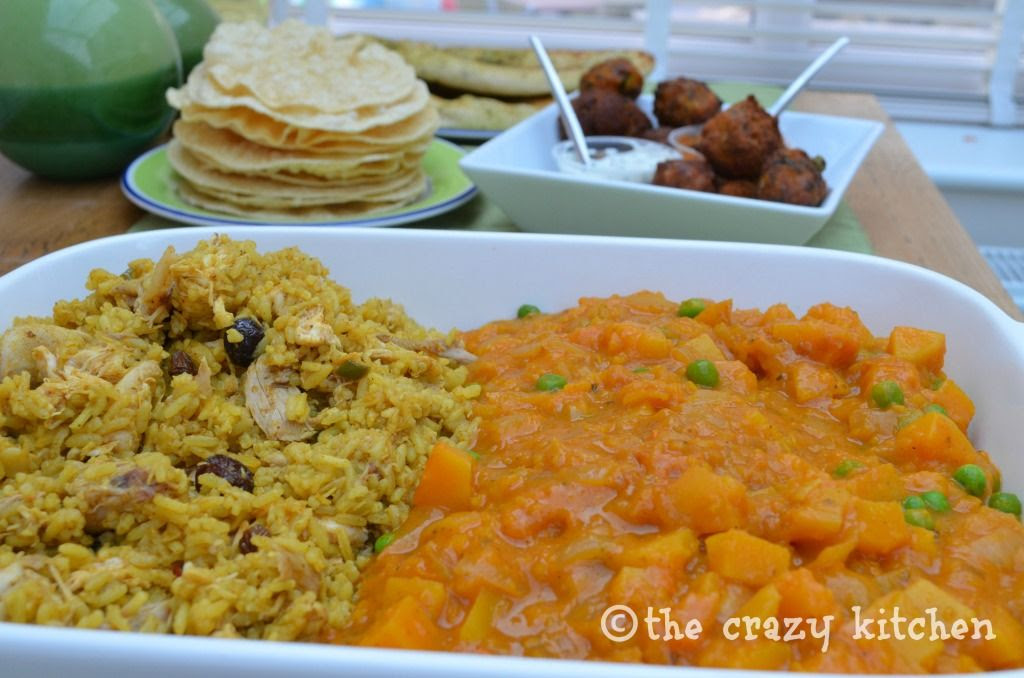 The breast meat was then sliced and layered with cumberland sausage to make a large Chicken & Sausage Pie, using the same pastry recipe as I used in my Turkey & Apple Picnic Pies, just increasing the quantities. It can be eaten hot with vegetables and gravy or (like I served it) with jacket potatoes and salad. 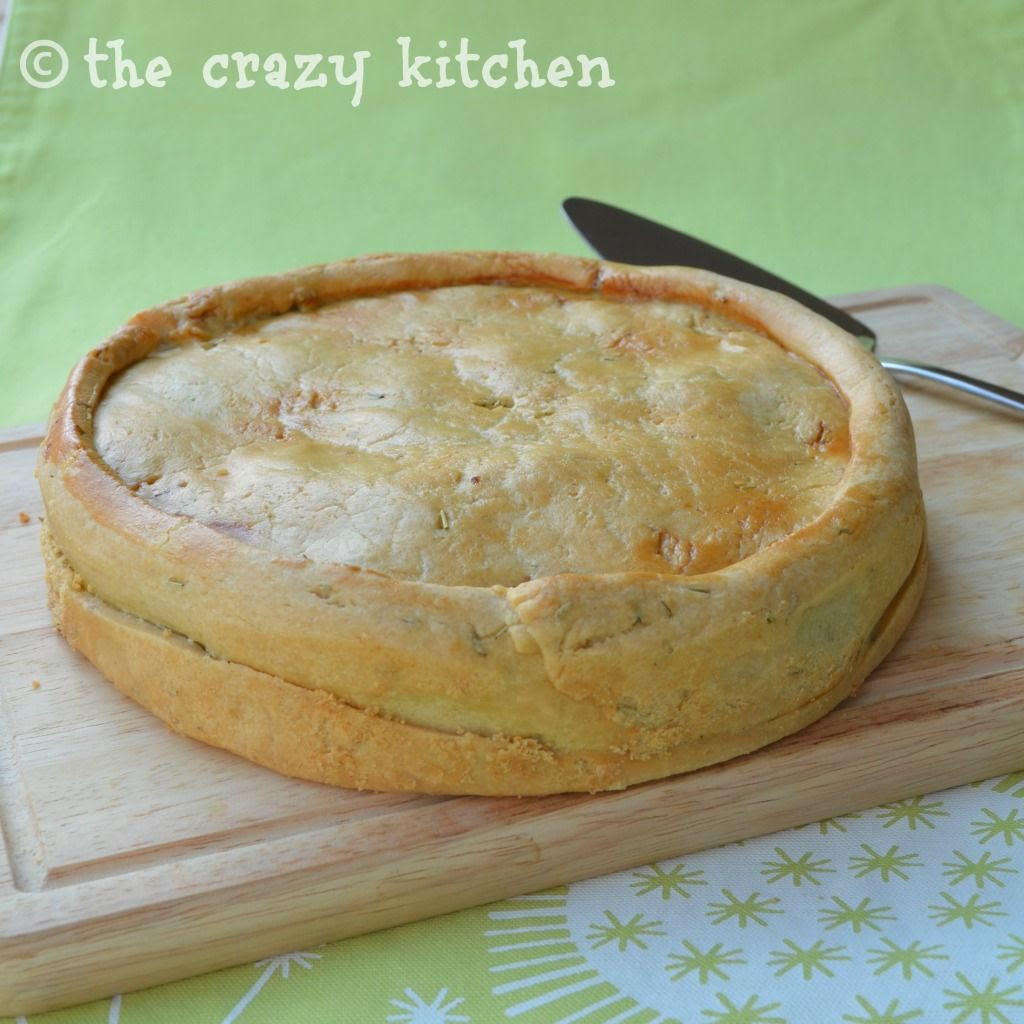 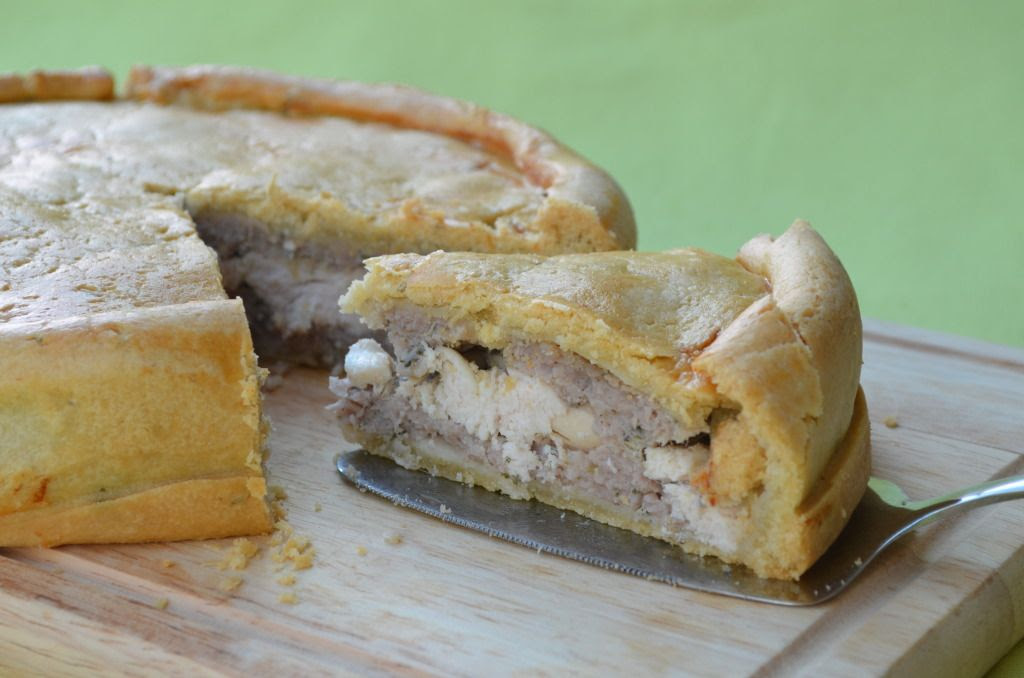 I forgot to add the second layer of chicken in the pie so I instead used it to make a couple of Waldorf Salads (Marco Pierre White style).

The third meal was a lovely Chicken and Mushroom Soup made from the stock. The stock was brought to the boil with mushrooms and an onion and then blended until smooth. A tablespoon of cornflour was added to thicken it up as no cream was used. This was then served with large chunks of tear and share bread, which this time I added rosemary to the dough. 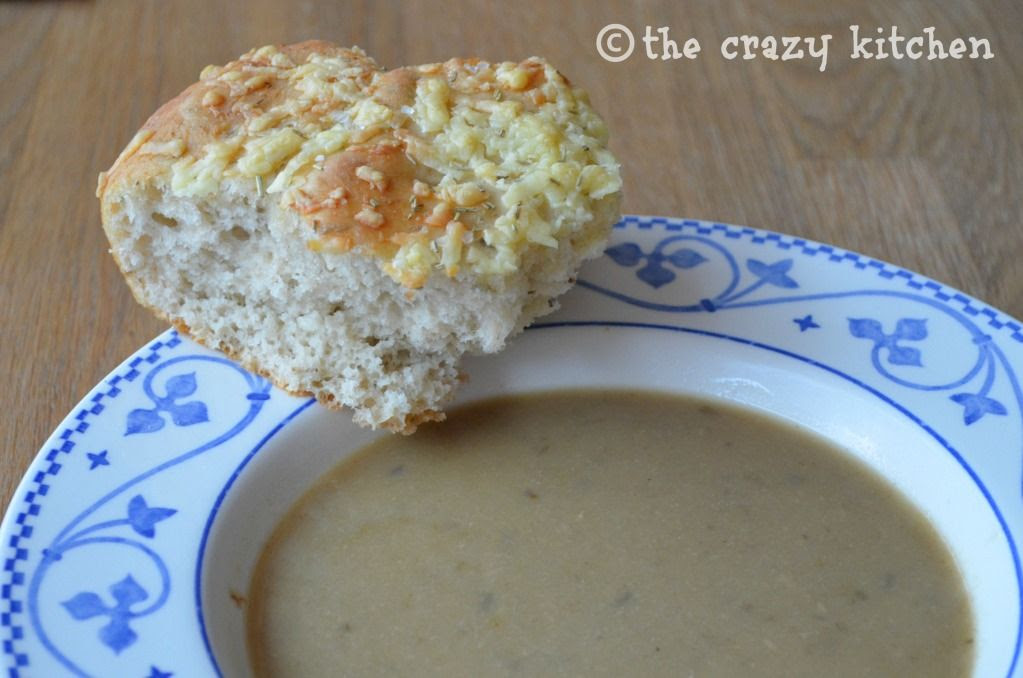 It just shows how far you can stretch a chicken if you need to, and apart from the addition of the sausages most of the other ingredients used in these dishes are just from the store cupboard. Pastry is actually easier than you think to make, especially if you're lucky enough to own a food mixer or processor, and adding rosemary to the pastry makes it so much tastier.

I would also thoroughly recommend investing in a meat thermometer to enable you to check when your chicken is cooked, without overdoing it and running the risk of it drying out.