I seem to have been painting rooms in the house non stop for weeks. First it was the downstairs toilet, and more recently it's been the teens' bedrooms, which, I'm relieved to say, are finally finished.

Next up is the hallway, and then my office - YES! I get to have an office to myself at long last as the boys are going to have their xboxes in their bedrooms instead of the den. Once my office is finished it will be the landing, and I guess once I've finished that, the cycle will start all over again. 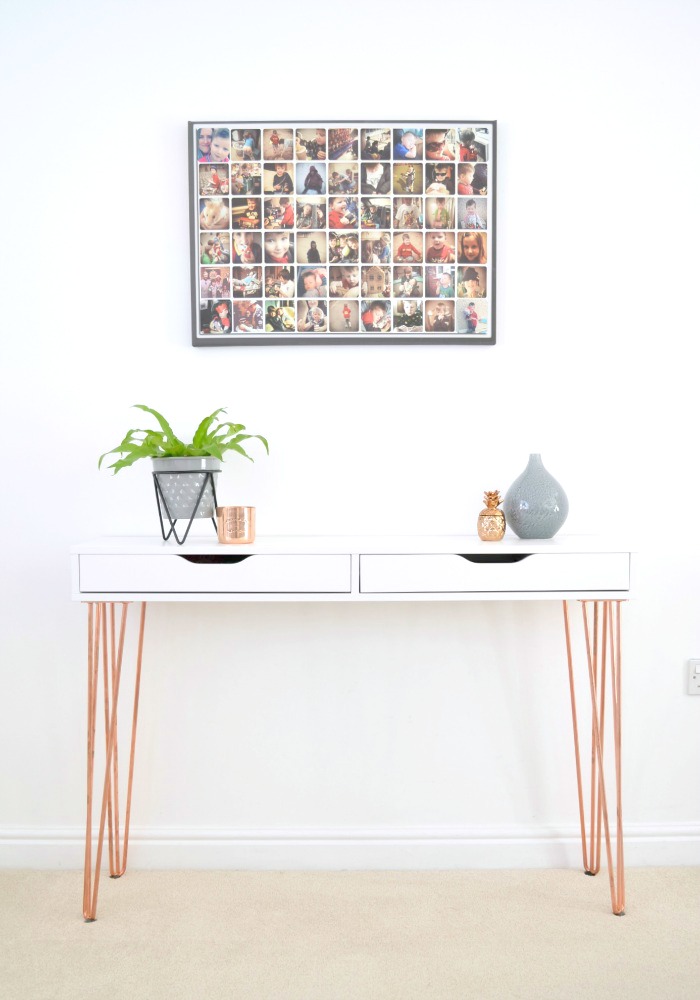 At least once all the walls in the house are white it should be easy to keep on top of, as long as I keep a tub of pure brilliant white on hand.

We've also been having a major declutter, and selling excess pieces of furniture and 'things' on local Facebook selling sites, as well as doing a couple of car boot sales. During this declutter I came across a small set of wooden drawers, filled with kids dvd's, that I've owned for years. I've always thought that they needed legs of some kind, but I never did anything about it, and the drawers remained in a corner holding the dvd's.

A while ago I came across hairpin legs, and fell in love. I wanted to incorporate them into the house somewhere, but there just wasn't a place to fit them in, until I came across the little wooden drawers. 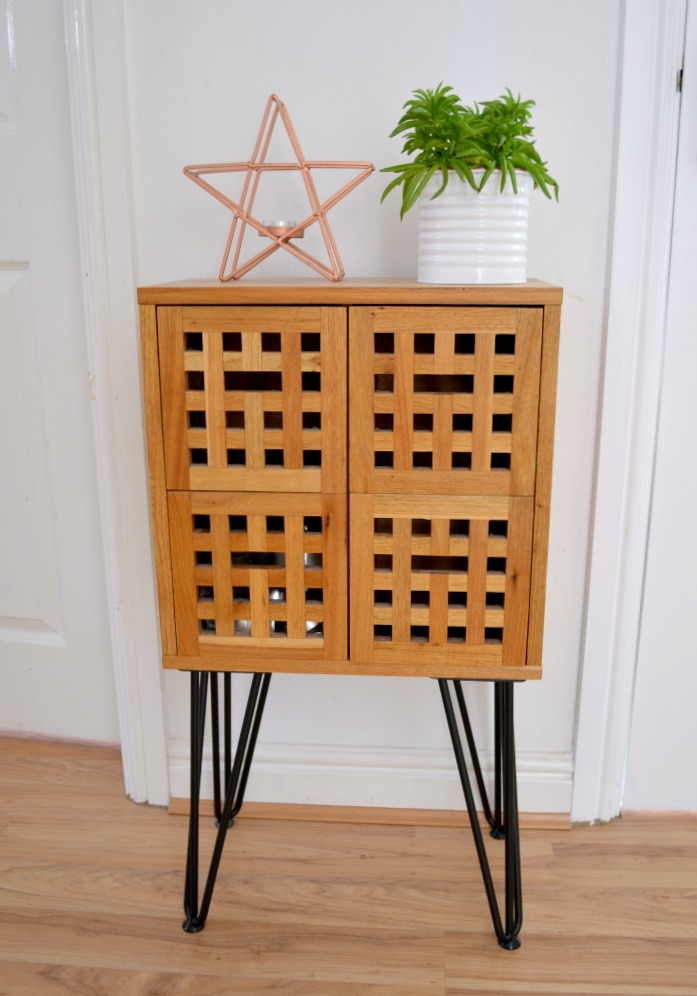 I chose some 35cm 3 rod legs in black from The Hairpin Leg Company on Amazon* for £40 , which transformed the drawers into a piece of furniture that now fits perfectly into the hallway.

My hairpin leg journey didn't end there though, as The Hairpin Leg Company then offered to send me another set of legs. This time I chose 71cm 3 rod legs in copper for an IKEA Ekby Alex shelf with drawers, which I'd bought for the kitchen. It turned out to be too big for what we needed it for so I've been using it on my desk ever since.

After moving some furniture around there was a space in the lounge that was crying out for a console table, and the Ekby Alex shelf with the hairpin legs fitted the space perfectly. 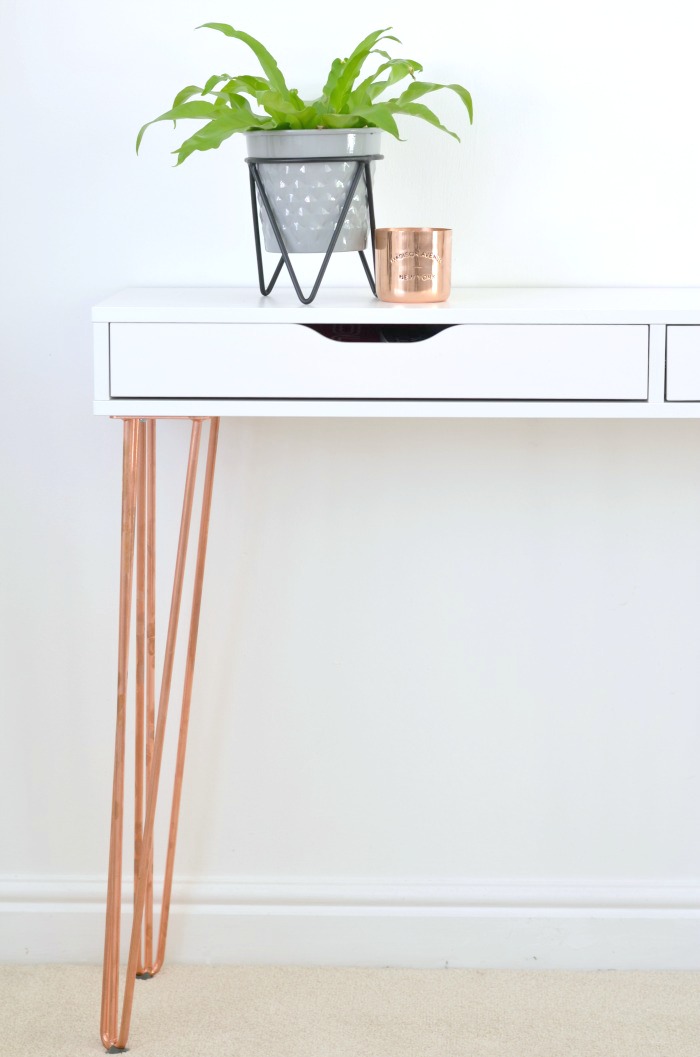 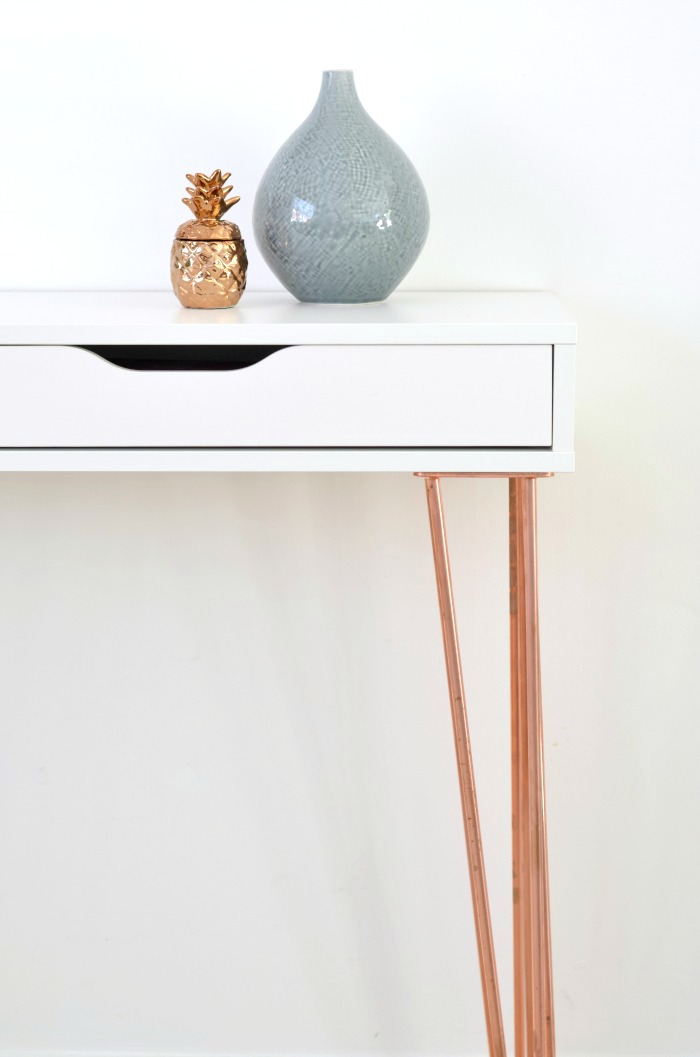 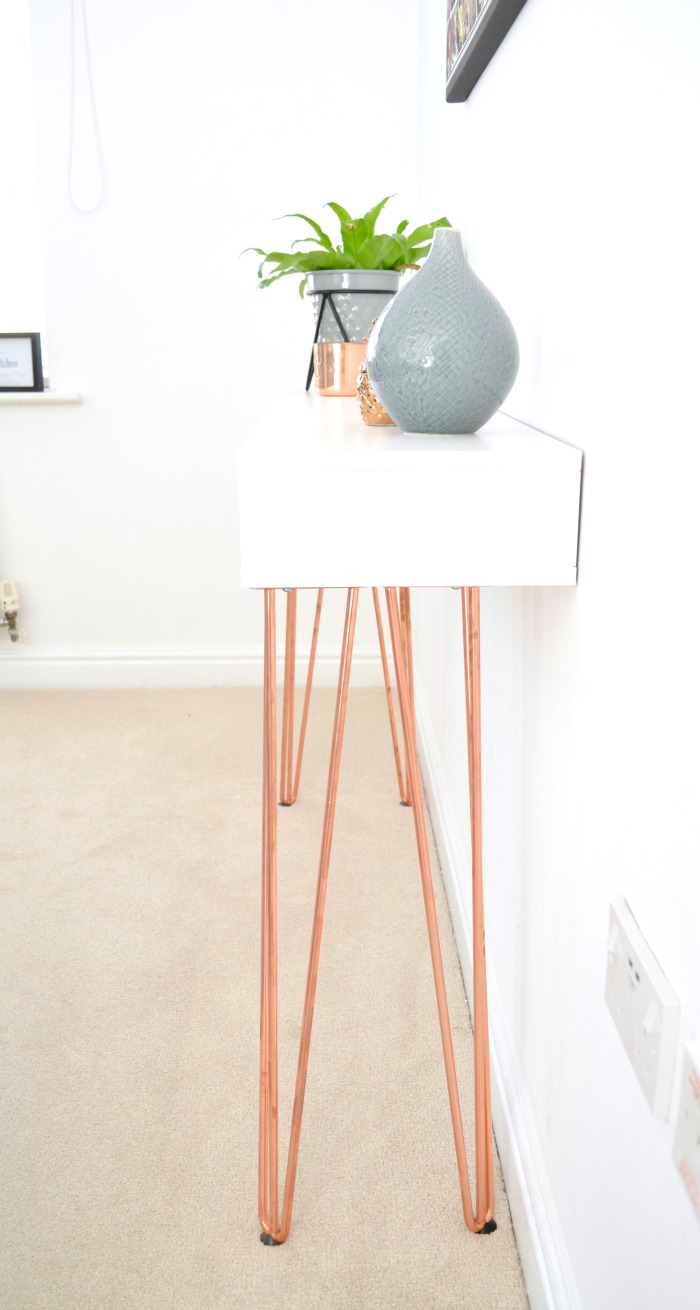 The legs come in loads of different colours and lengths, and are really easy to fit with the screws provided. The legs also come with rubber feet to protect your flooring, which just pop on to the legs.