Since the new year there hasn't been much baking going on here. That way there are no temptations to sabotage my diet, but of course, the blog starts to suffer. I'm currently waiting for my new oven to be fitted, which I'm hoping will be this week, so this could be my last bake in my old oven. I have no sentimental connection to my old oven, and can't wait to get my long awaited new and shiny model fitted.  The old one has done well though, and has been put through it's paces for the past 11 years, despite being a bit crooked, hotter on one side, not having a functioning light & worn away temperature controls. The main difference will be my hob, as I'm getting rid of my gas one and having an induction fitted. This is going to make a huge difference in terms of speed - the gas hob takes an age to bring water to the boil - as well as giving me an extra work surface and be easier to clean. I'm just a little bit excited..

Onto the Bramley apple crumble slices, which were a Sunday morning bake, eaten as an afternoon snack after working on a fence in the garden (husband & Jack) and going for a run (myself & Hanna), as well as dessert after a big roast. 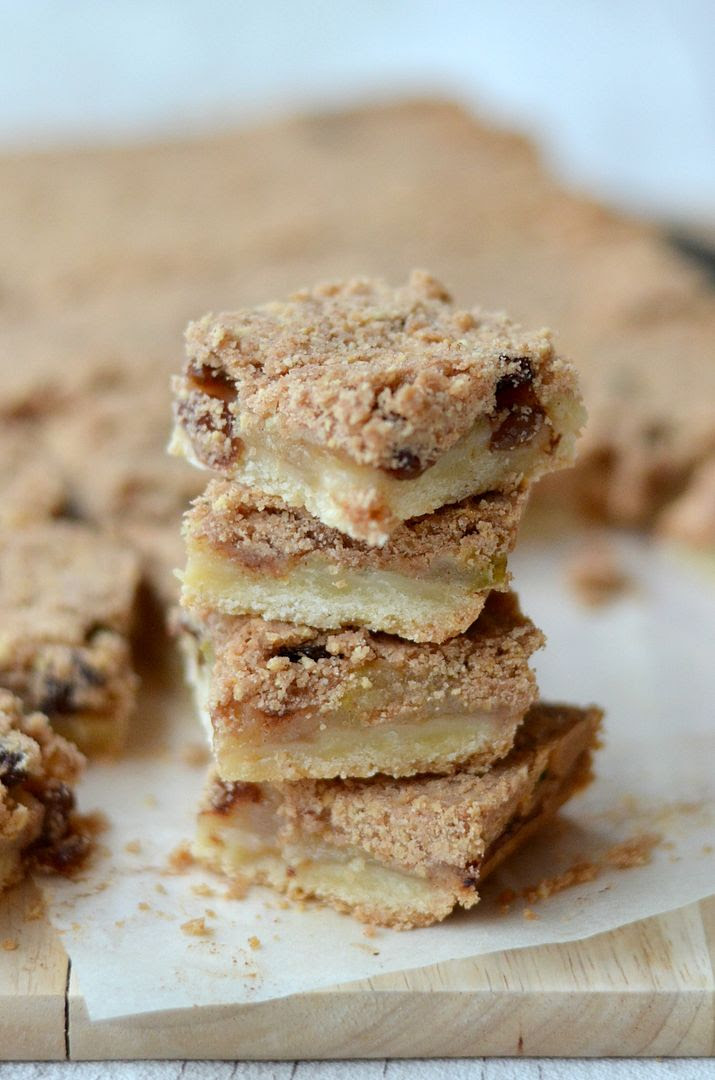 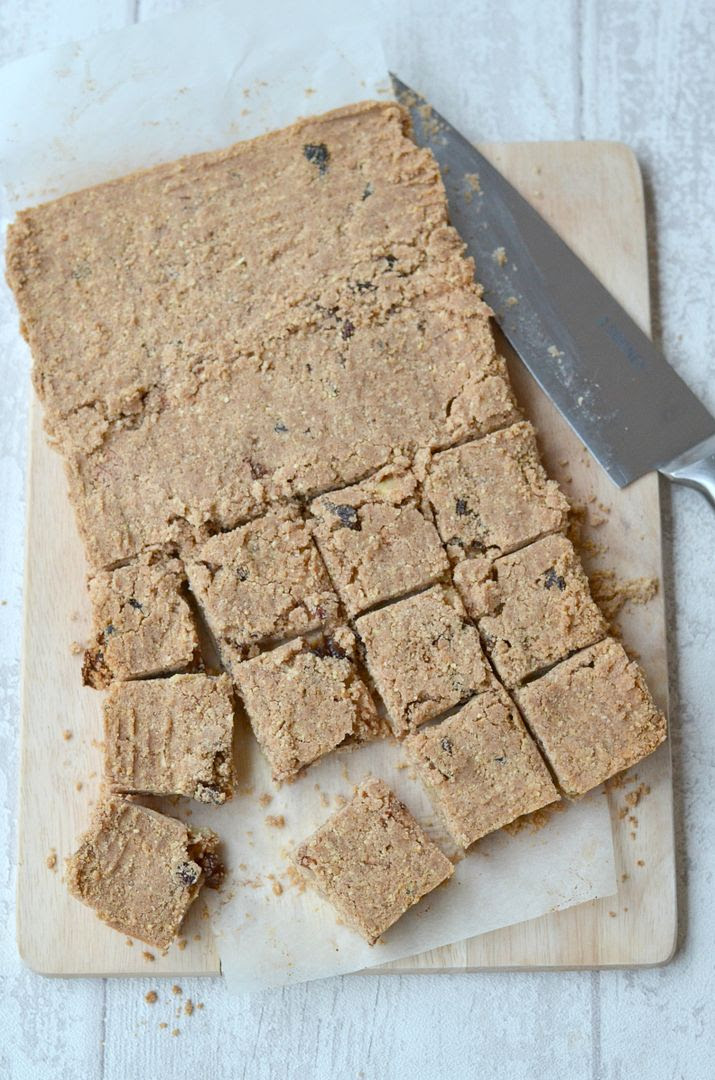 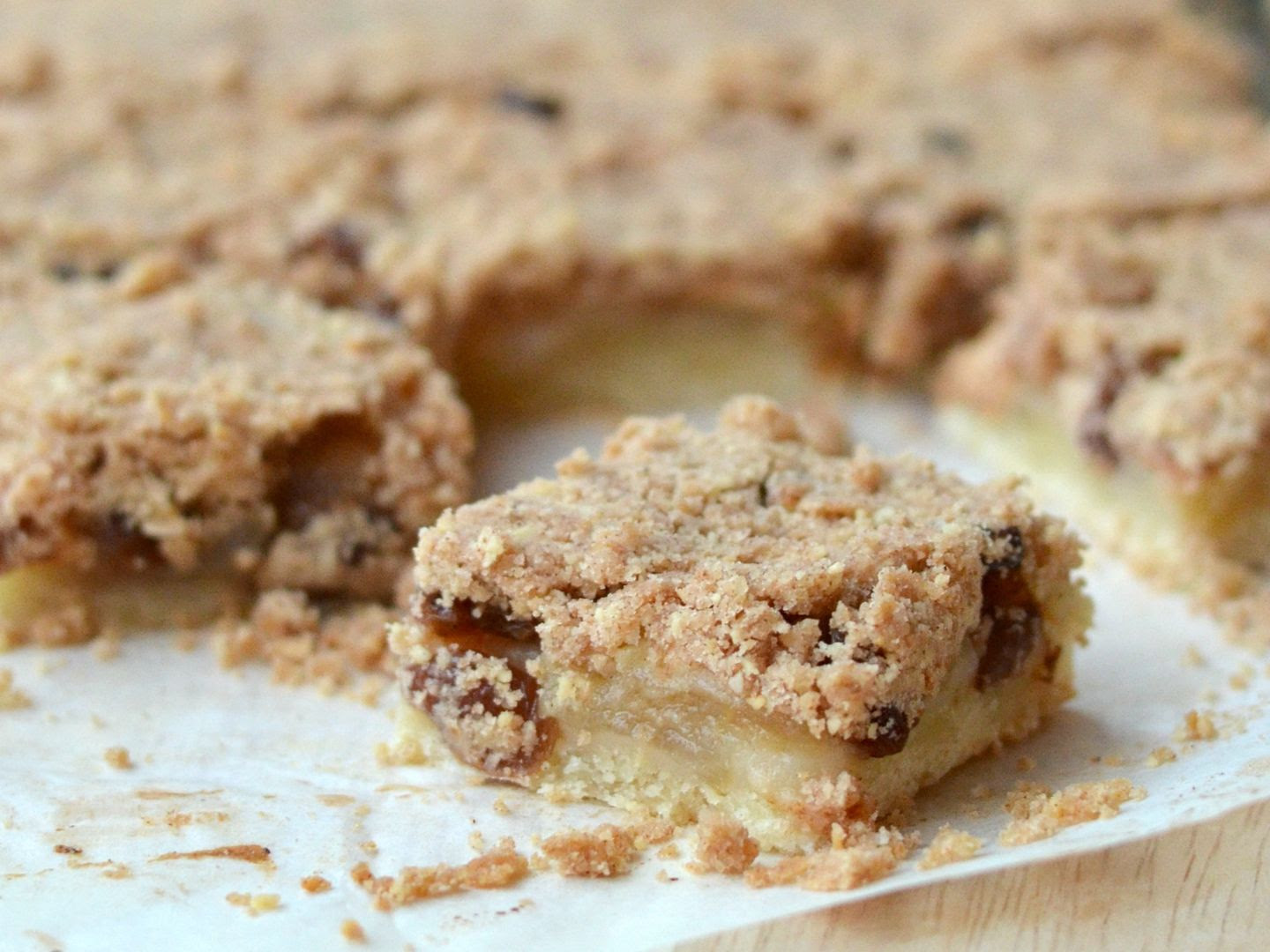