On Sunday Jack turned 4, it's hard to think where the past 4 years have gone. It seems like only yesterday that I was pregnant for what felt like ages yet it feels like he's been in our lives forever.

On Friday we had a heavy fall of snow and by Saturday started to get a bit worried for his party after another heavy snowfall. Thankfully by early afternoon the main roads were clear and Cinderella did go to the ball after all.

Jack had a fab party with his little friends at a local indoor play centre. As I wanted to keep his birthday cake until his actual birthday we didn't cut it and instead put football cupcakes into the party bags.

We then went to the pub with a few of the friends where Jack opened a couple of his presents. 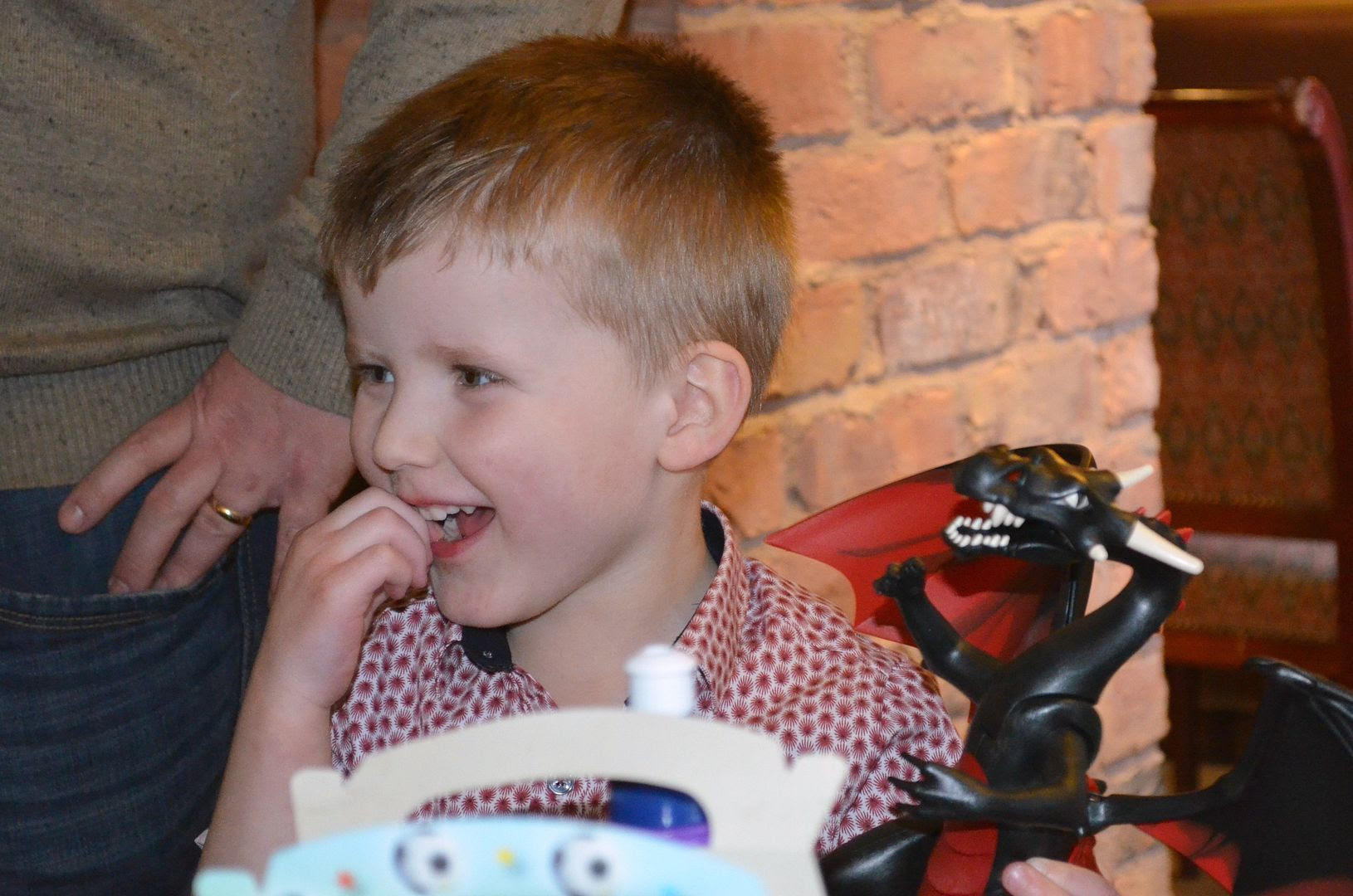 Later at home the children enjoyed a pot of hot chocolate and biscuits whilst opening the rest of the party presents. 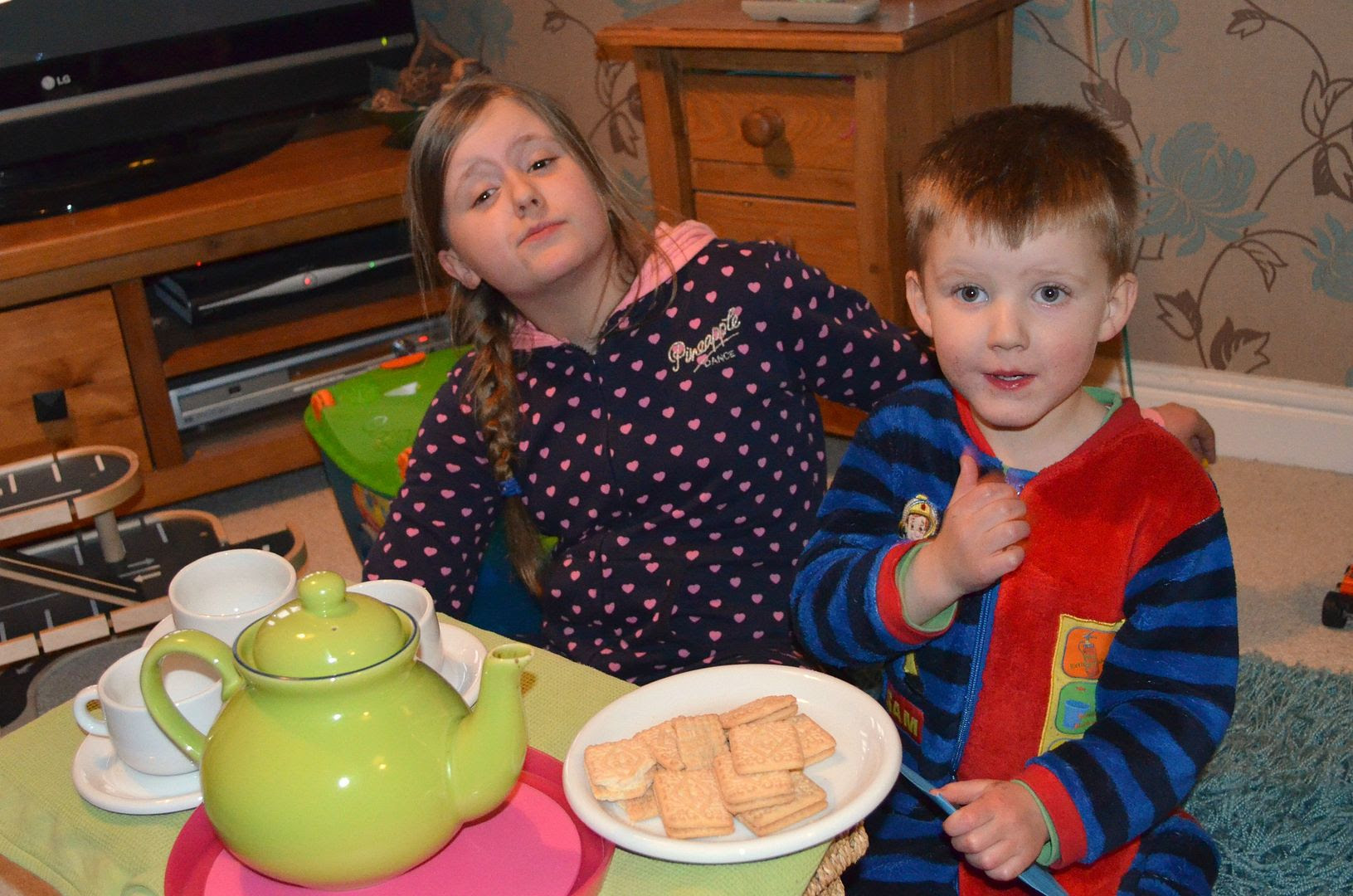 Sunday was another day of present opening. 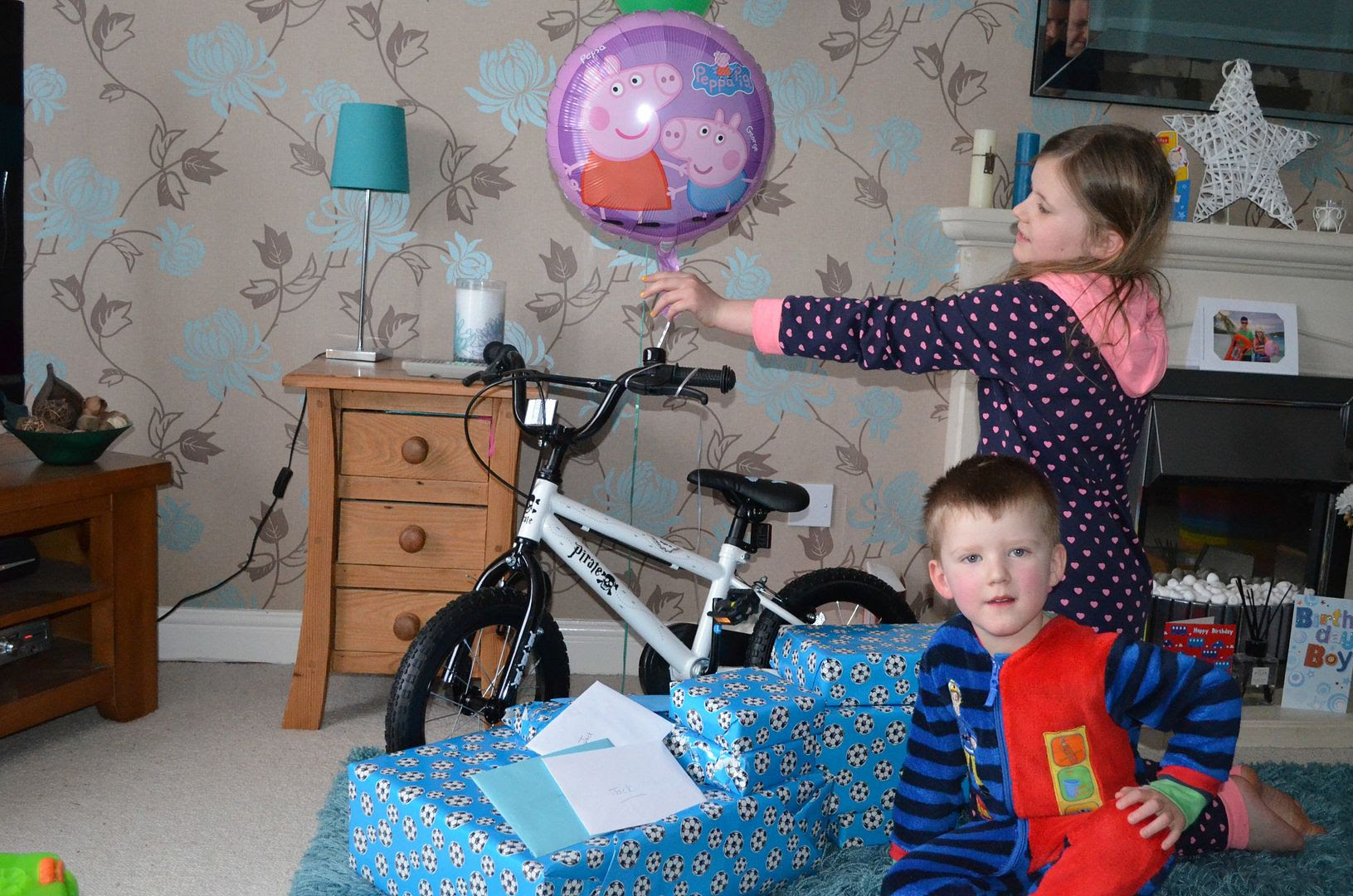 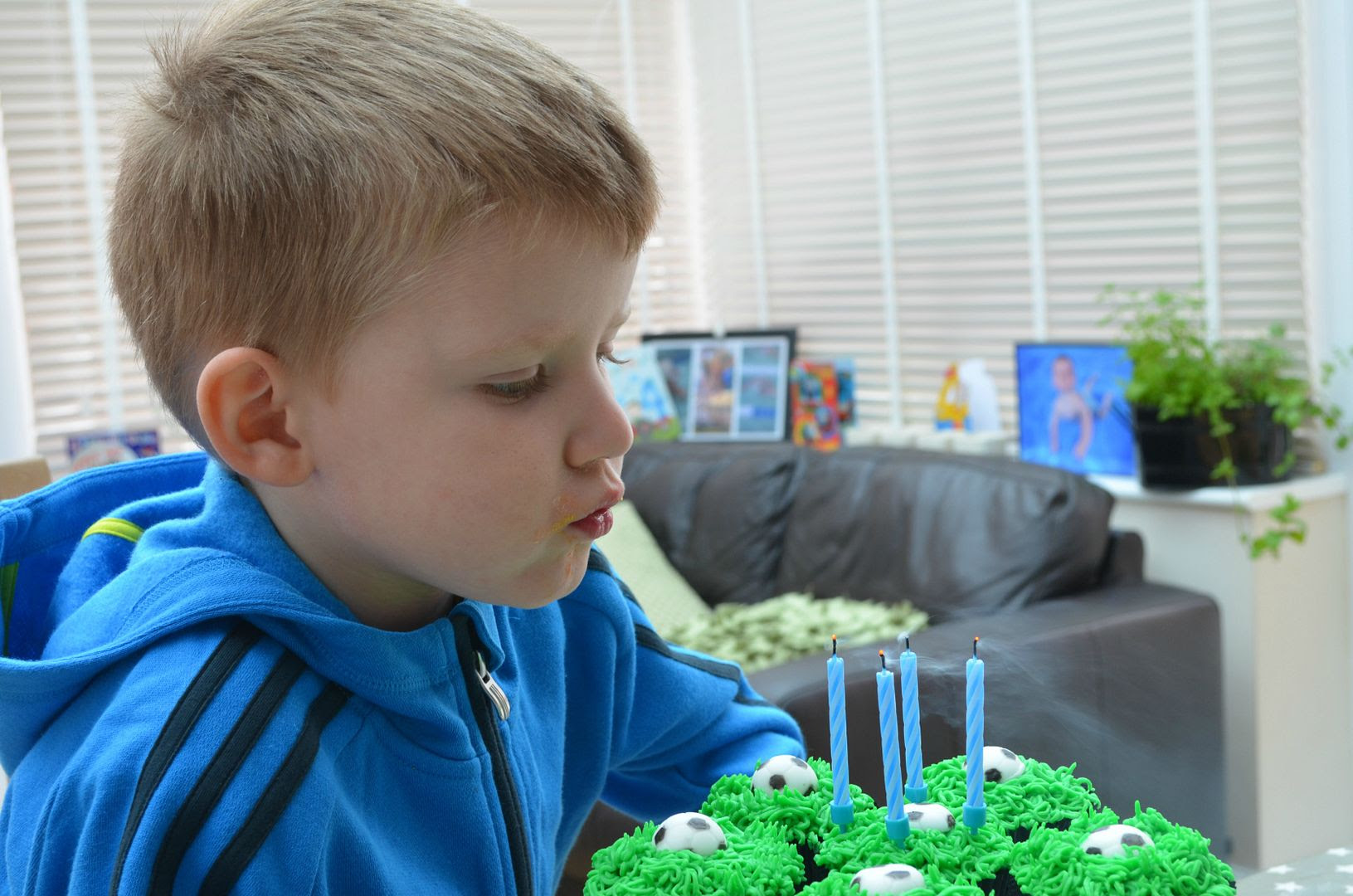 Unfortunately the day didn't go to plan due to more snow meaning that Nanny and Pop Pop couldn't come and visit. We instead spent most of the day indoors playing Playmobil. 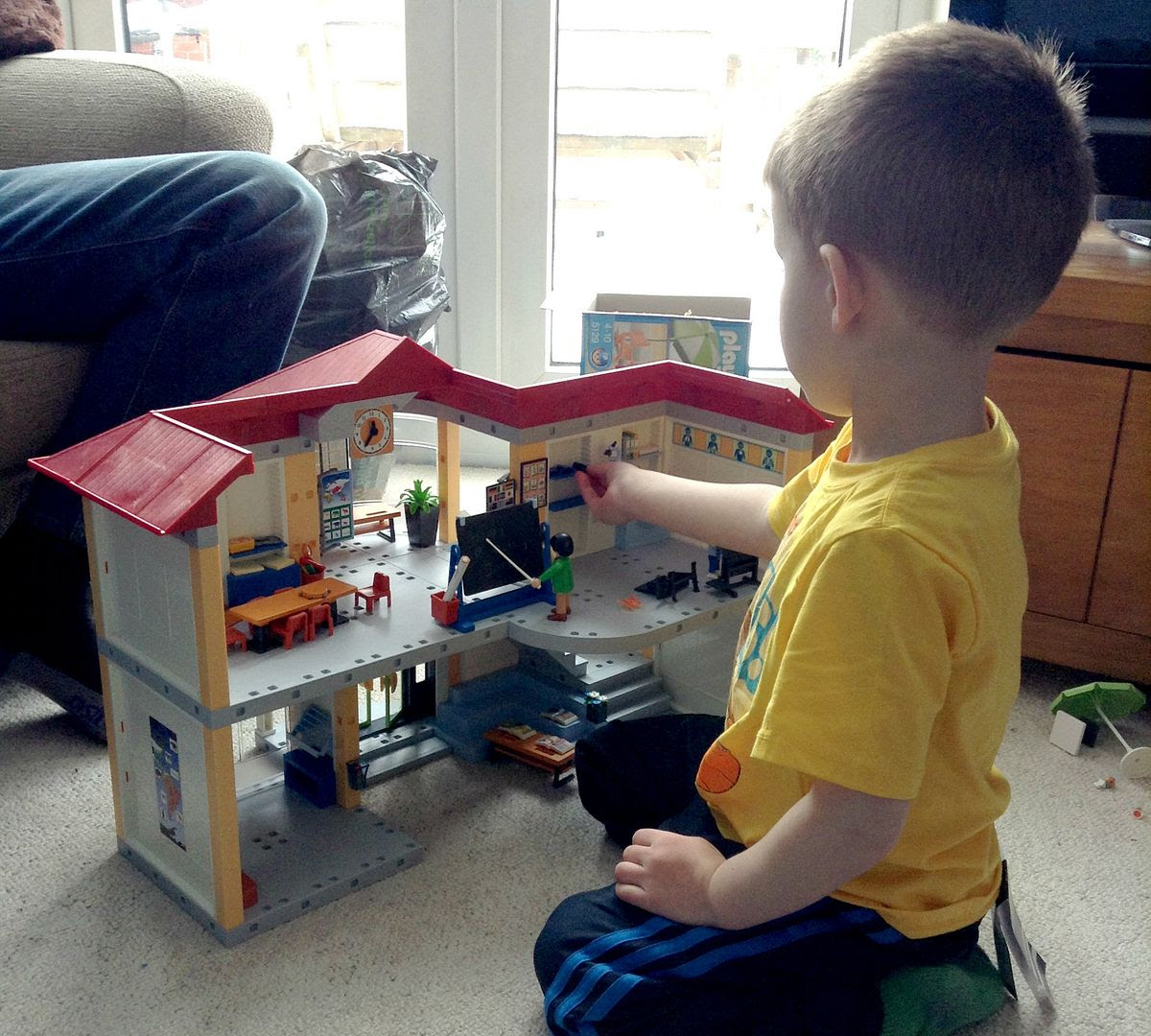 No overnight snow on Monday meant that Nanny and Pop Pop could come up for the afternoon and stay for tea, and we sang Happy Birthday for the third time and finally cut the cake! 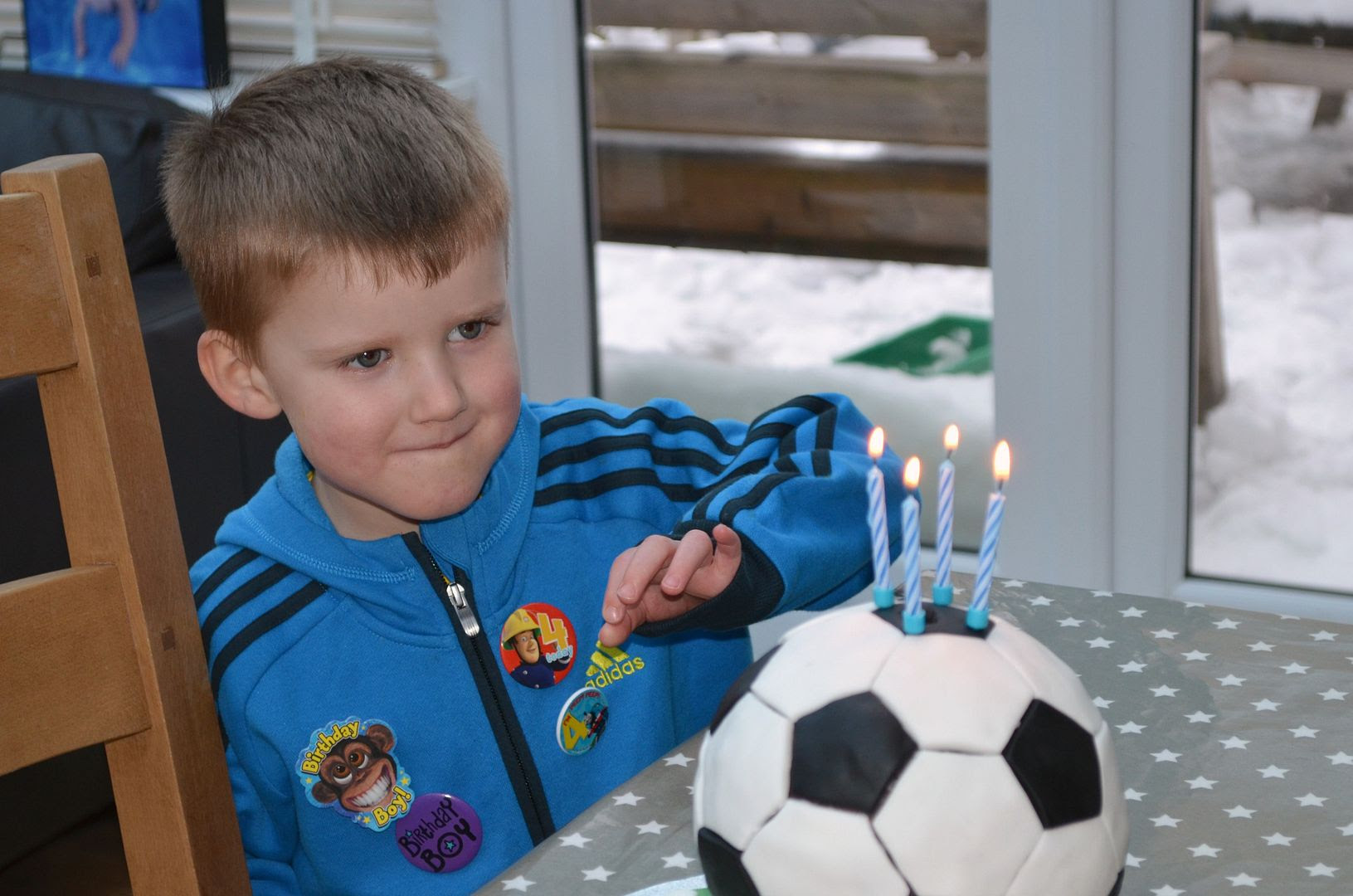 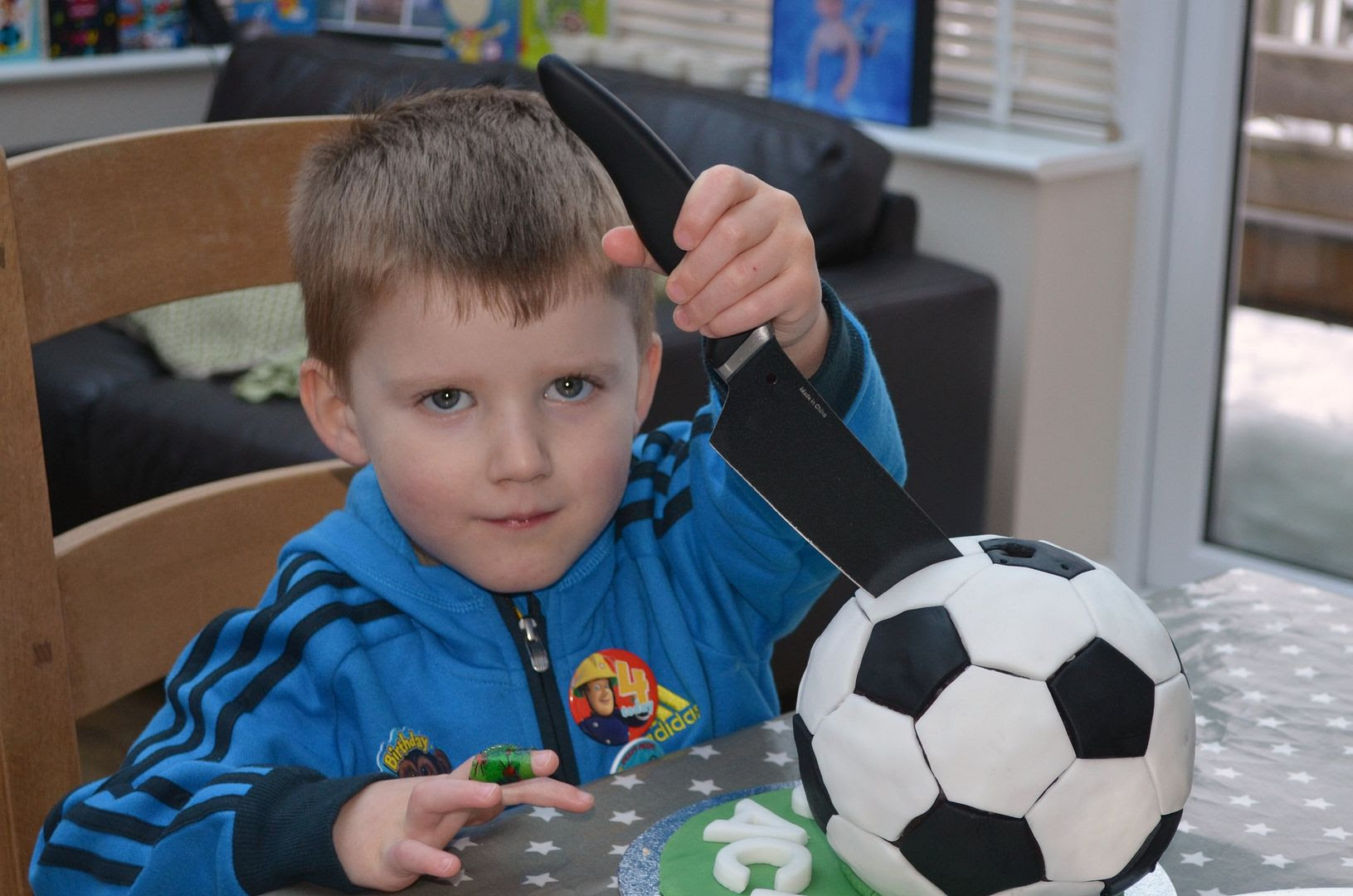 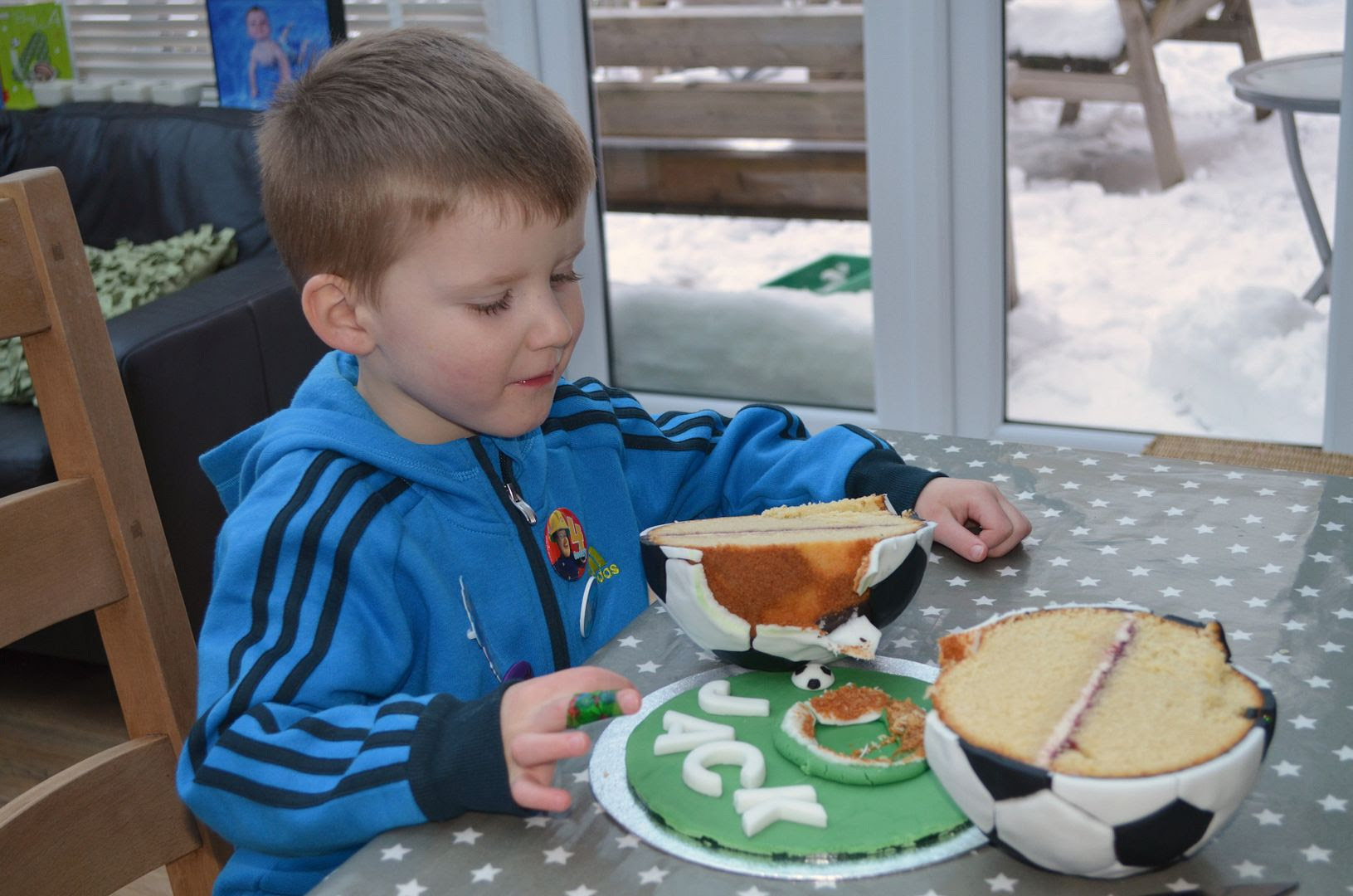 If you're wondering how to make a football cake read on....

I've had the Wilton ball cake tins for around 7 years but I've never been brave enough to make one. Jack is mad about football so I thought I would dust it off & try it out this year after picking up a few tips on another blog here.

It's best to prepare the tins using butter & flour or Wilton Cake Release to make sure they come out easily. 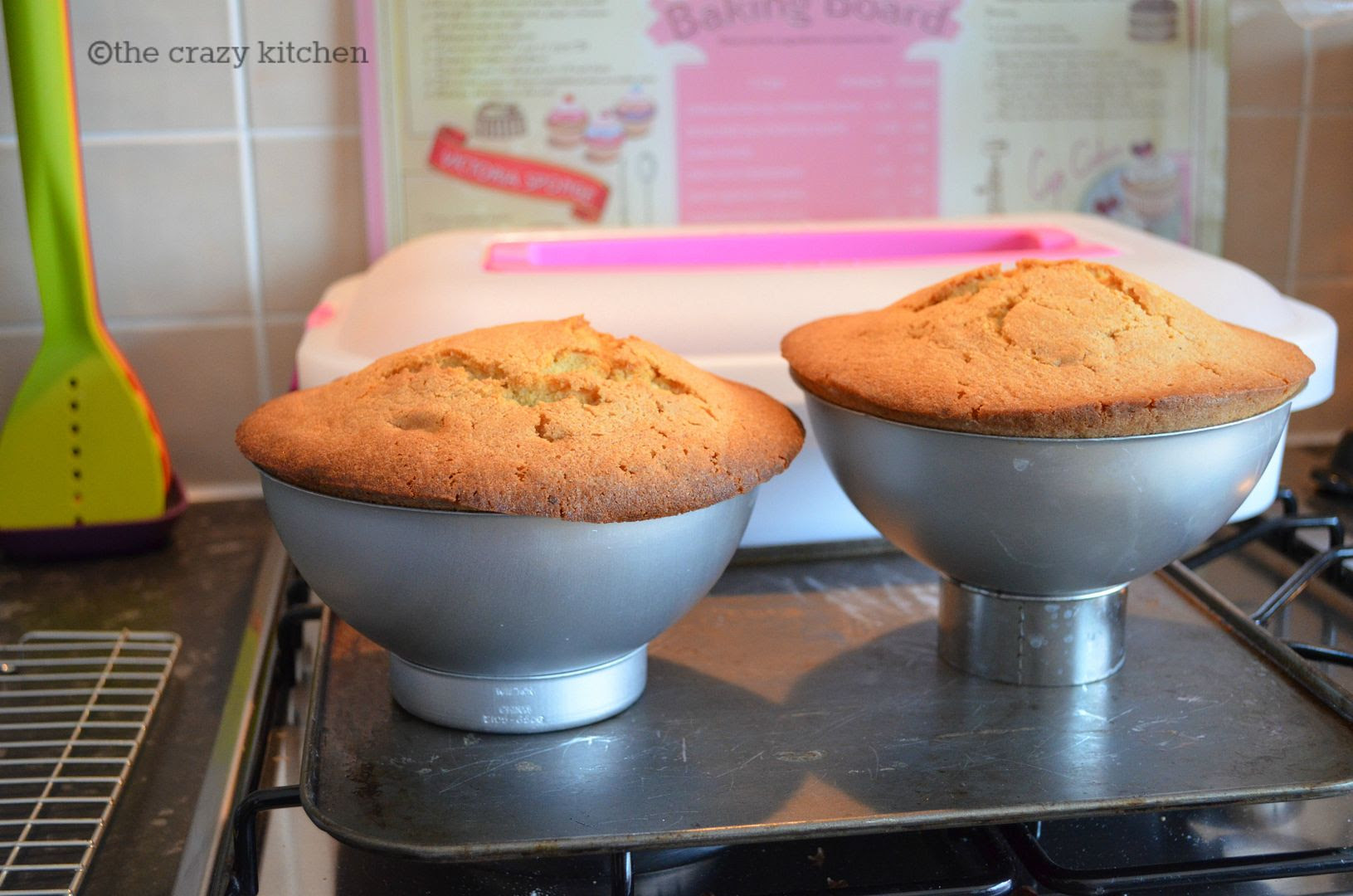 I sliced the tops of the cakes off whilst still in the tins, then removed and allowed to cool fully on a wire rack. 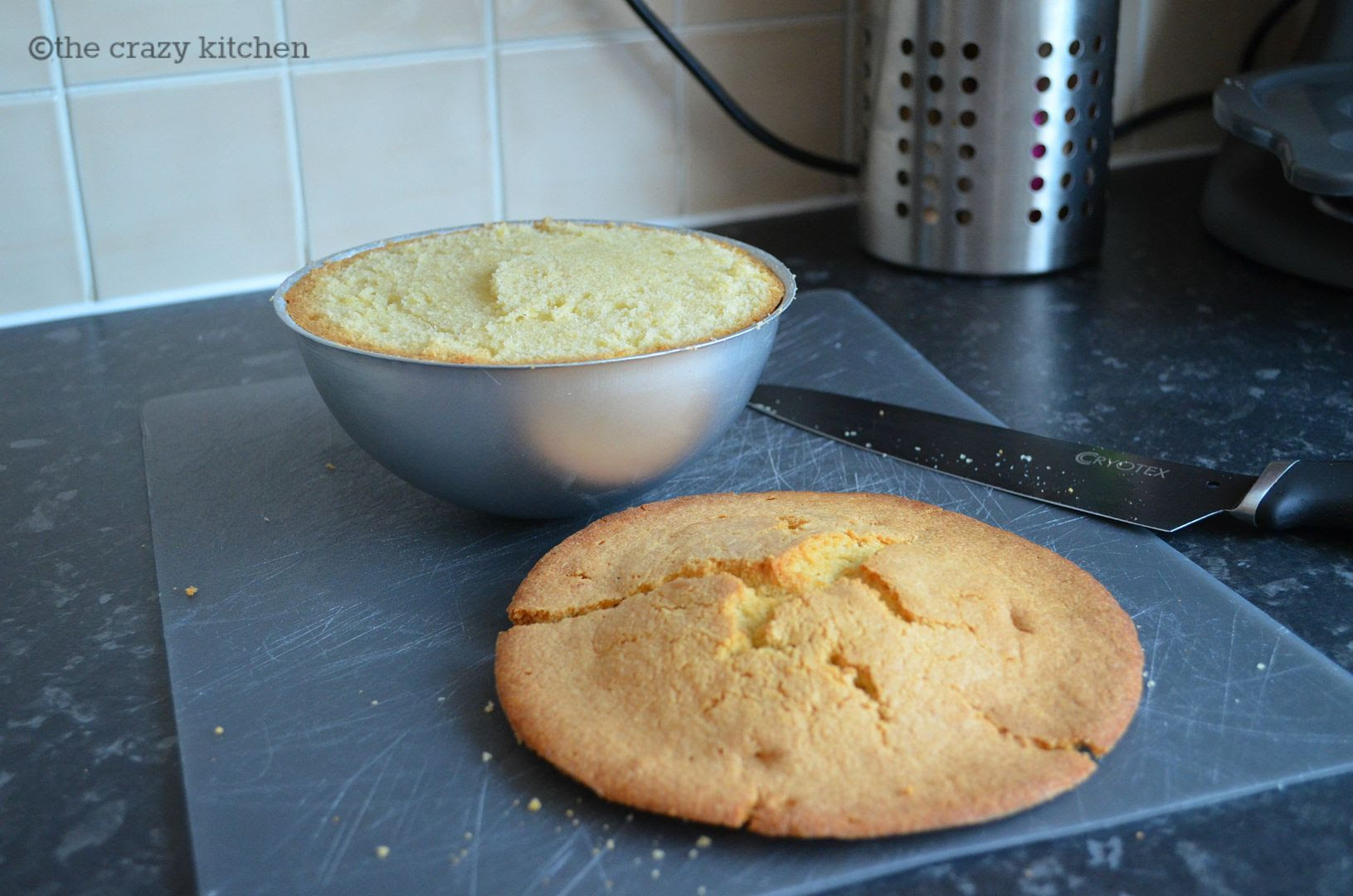 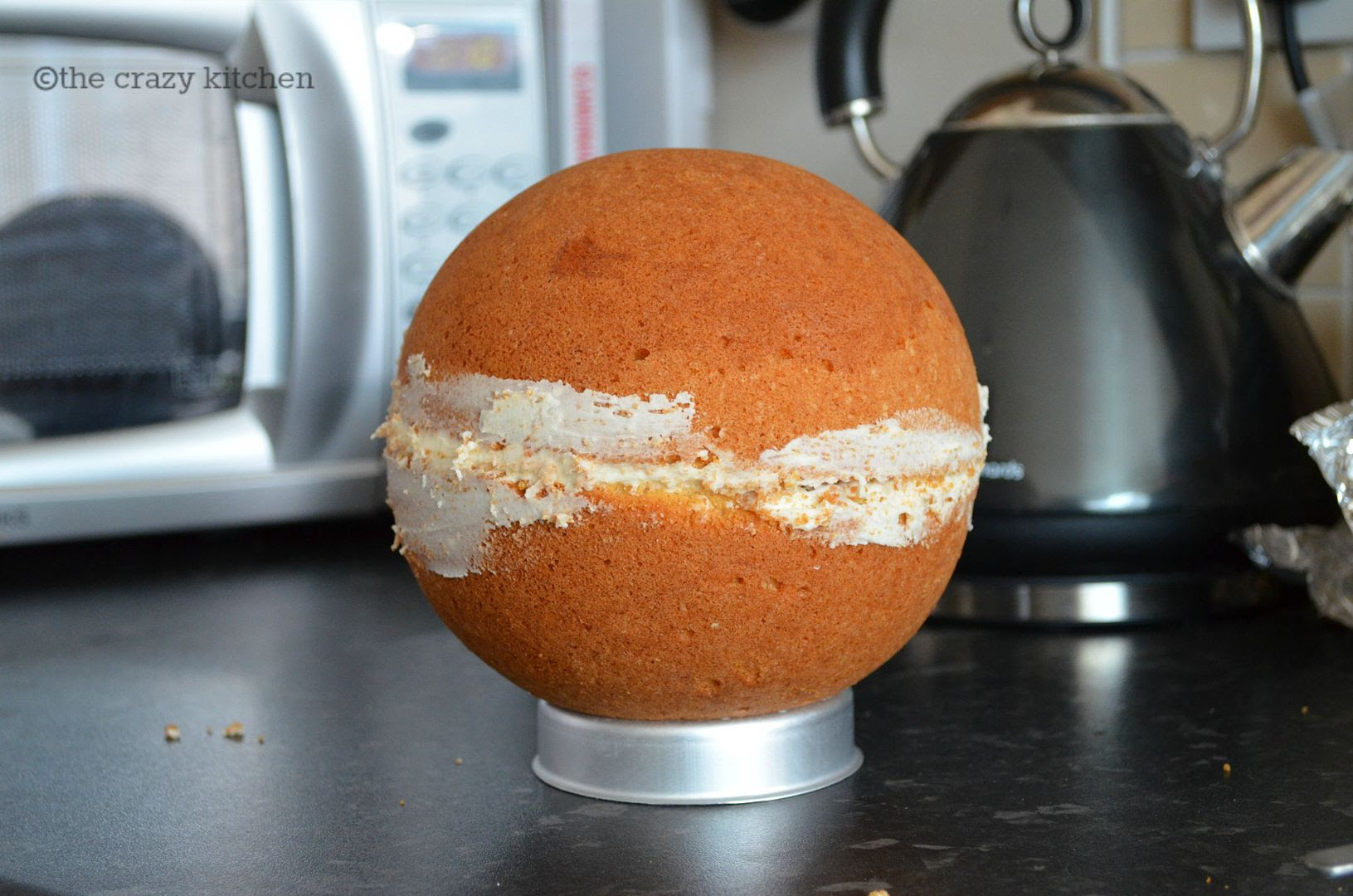 then coat the cake completely in a chocolate ganache. This not only makes the cake easier to handle, without the halves sliding apart, it also gives a good surface to glue the icing to. 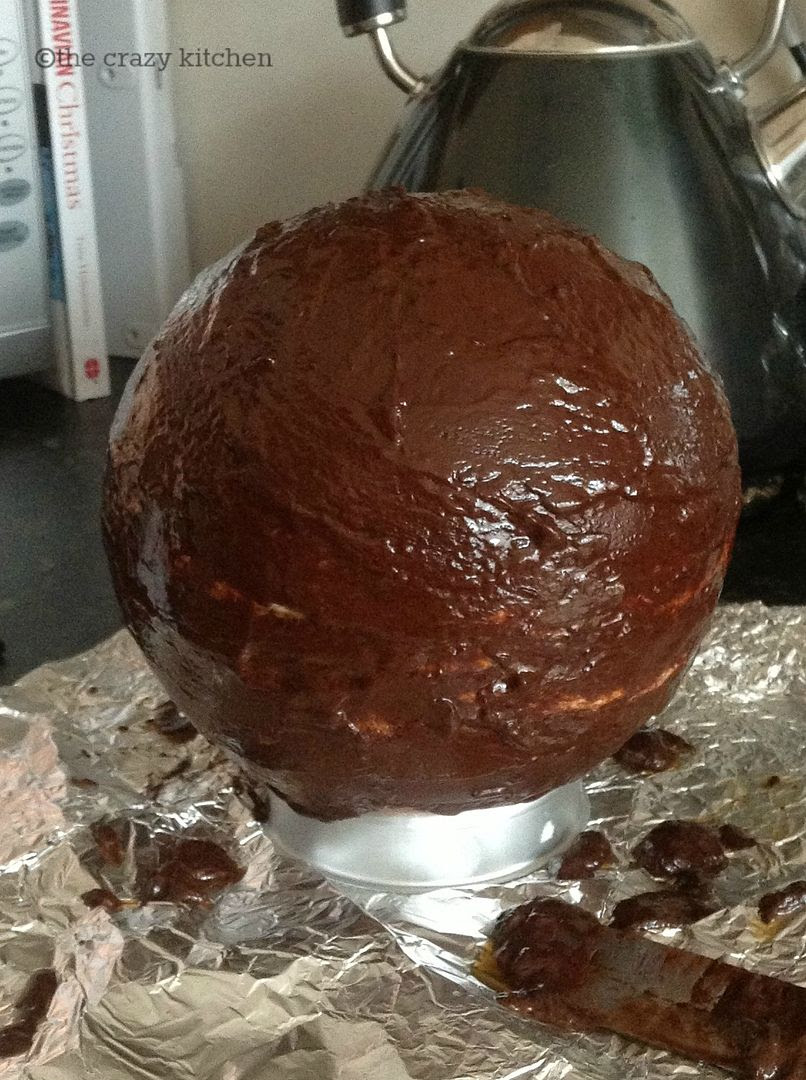 Cut black pentagons and white hexagons from rolled out icing, each with 3cm sides, and start sticking them to the cake using edible glue 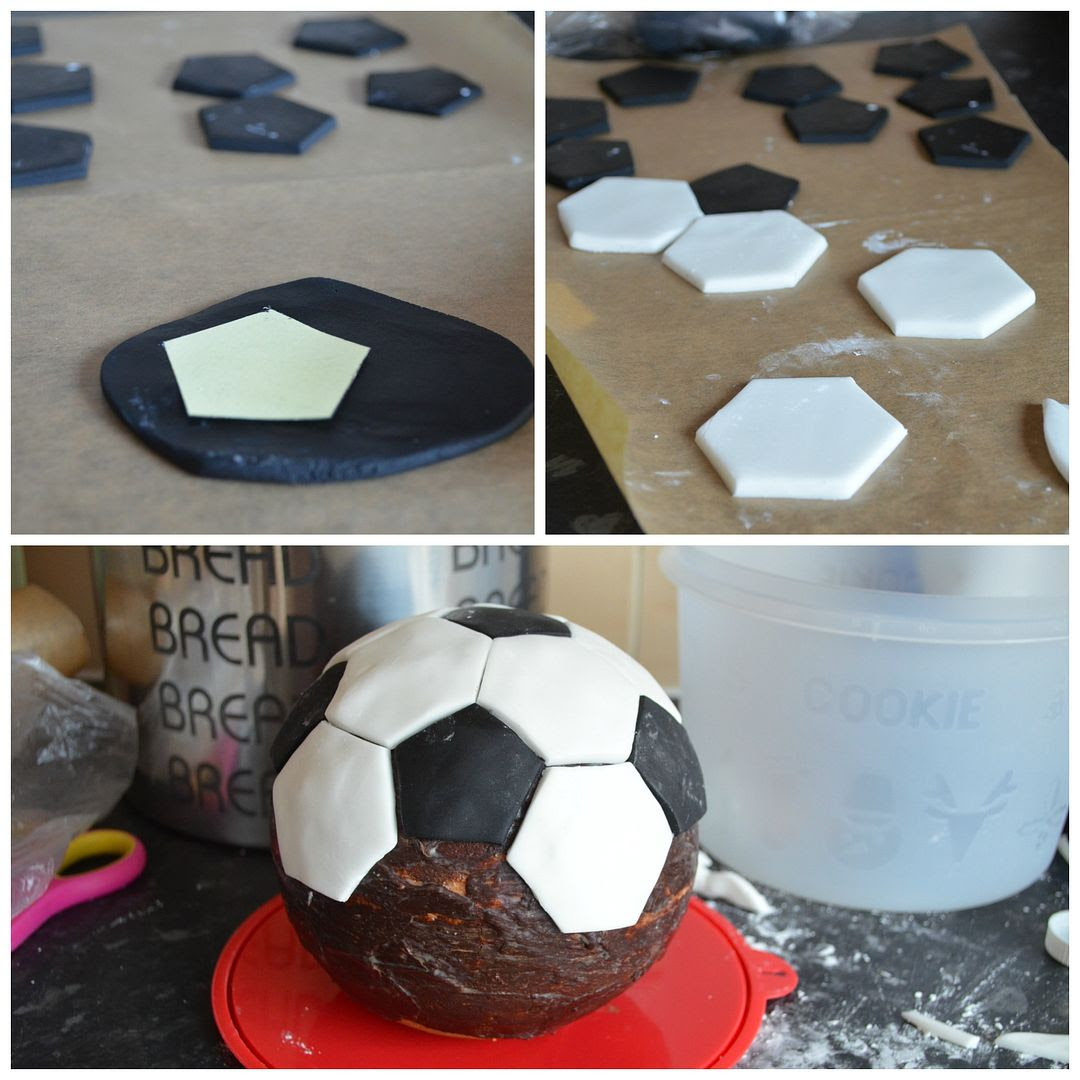 You may find that as you get further down the cake the pieces don't fit very well, and you may need to stretch them to fit

Once covered completely, you can brush over lightly with alcohol to remove any icing sugar. Cover a cake board in green icing and glue down a ring of icing to support the cake. Use edible glue to stick the cake to the base. 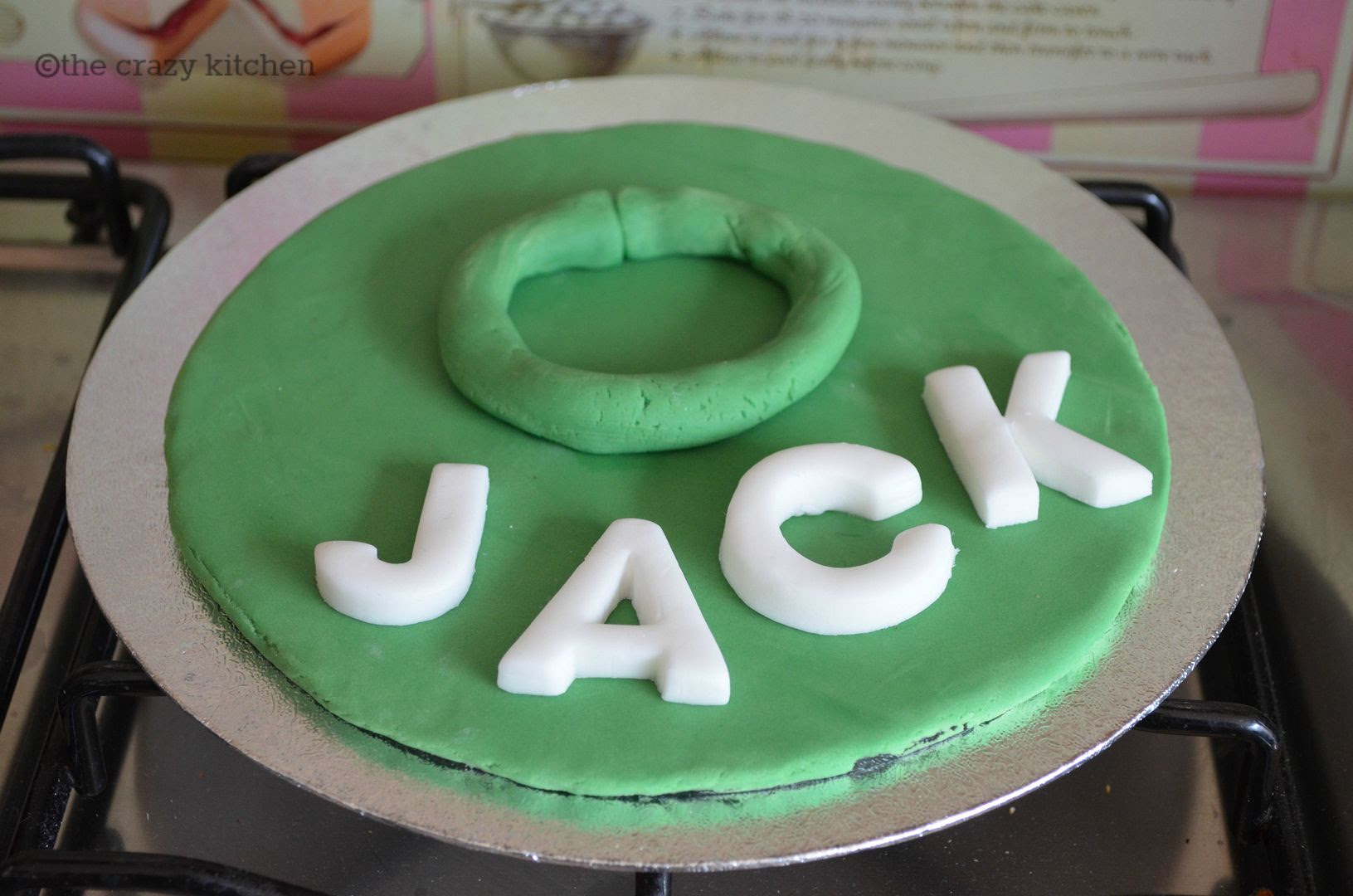 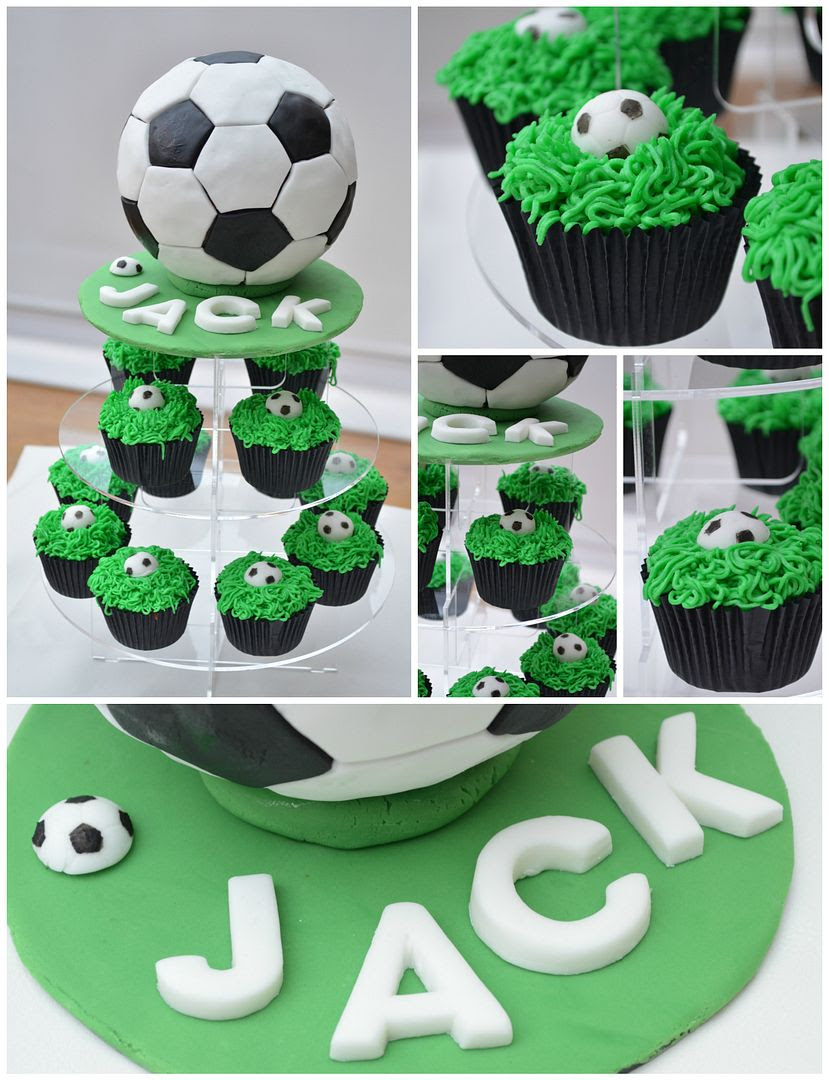 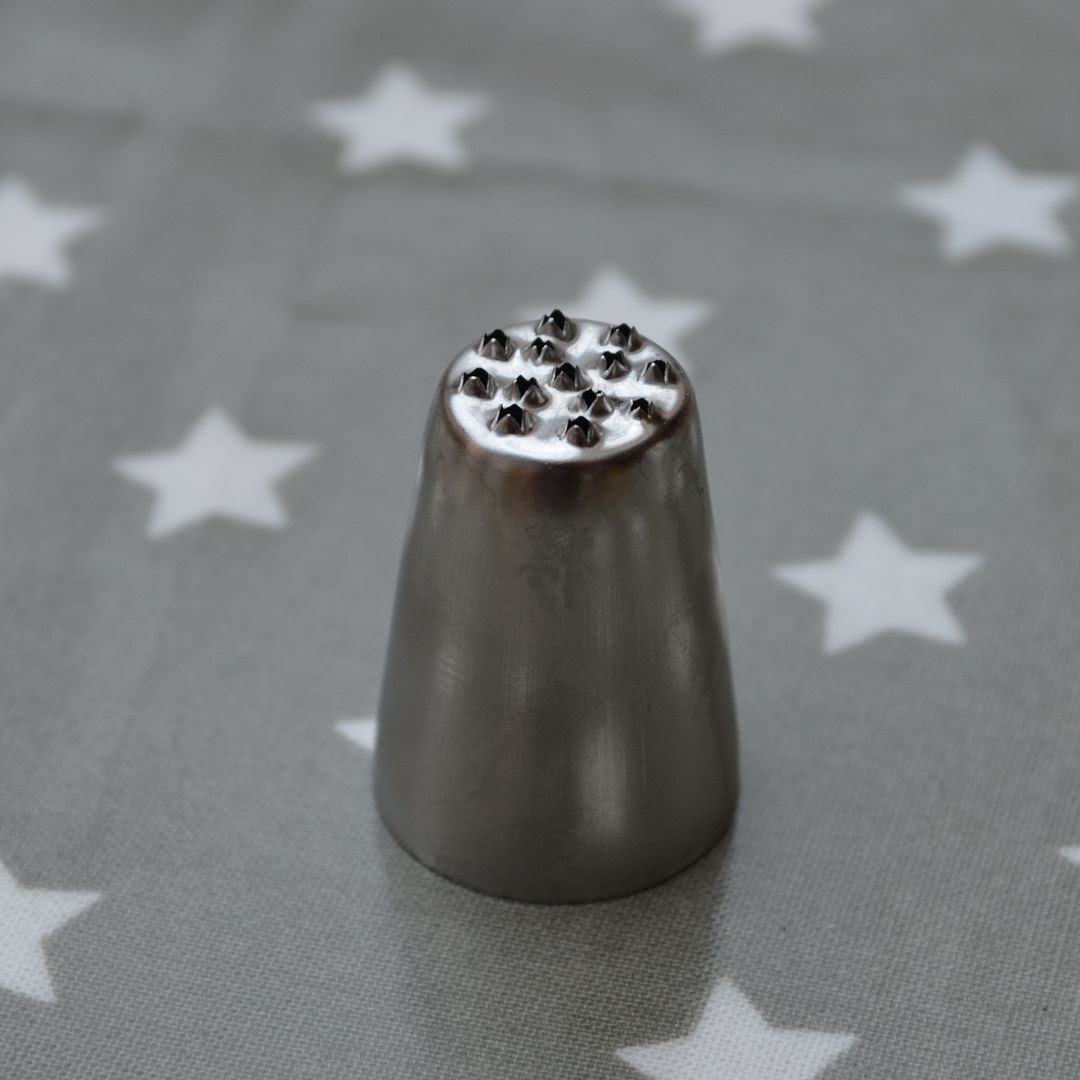 I made edible football decorations by making a silicone half football mould by using a toy football and silicone plastique, which were then filled with icing in the same way that I made Lego bricks. The footballs were then coloured with an icing pen. 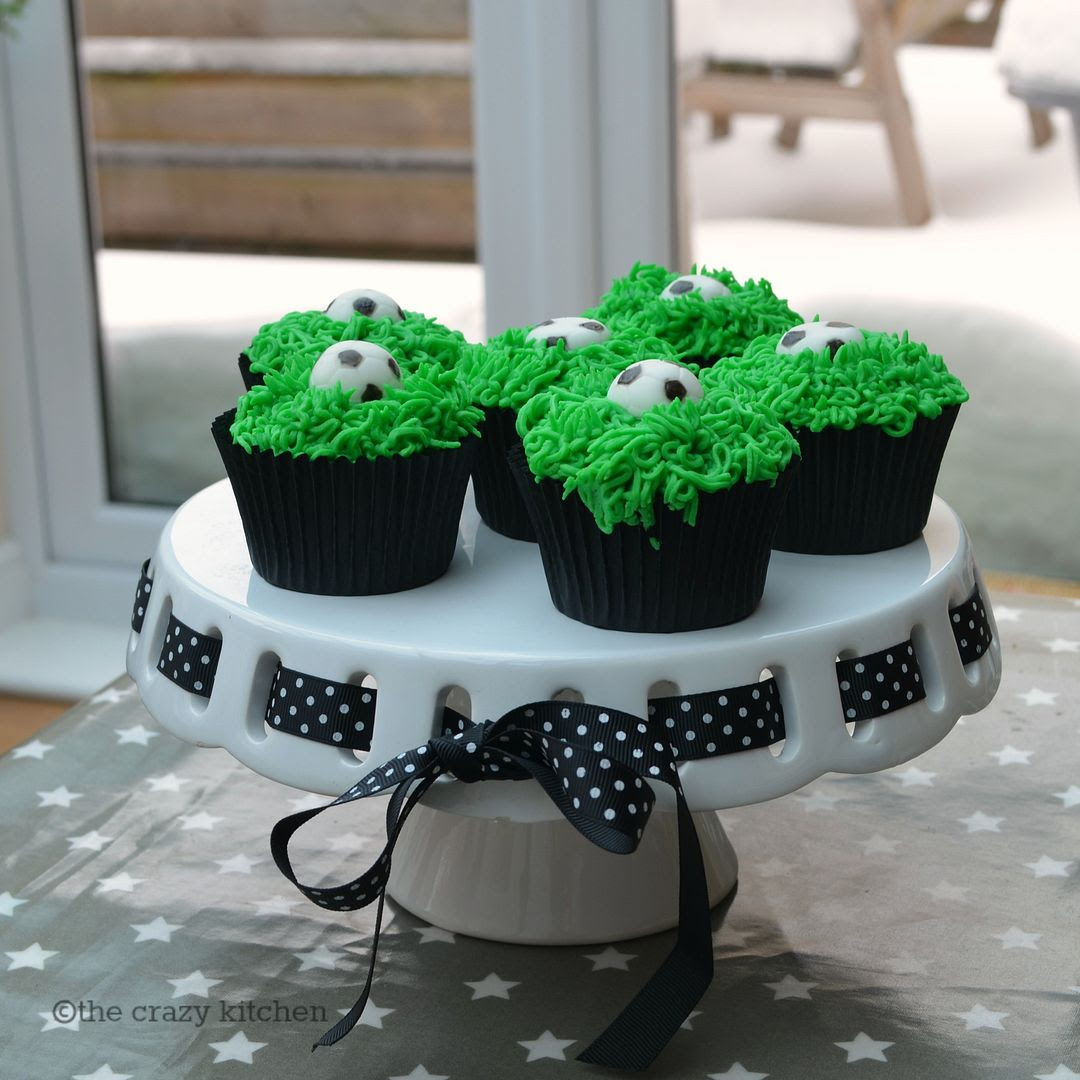 I bought plastic cupcake boxes for everyone to take their cakes home in - one of my pet hates is a slice of cake wrapped in a napkin! 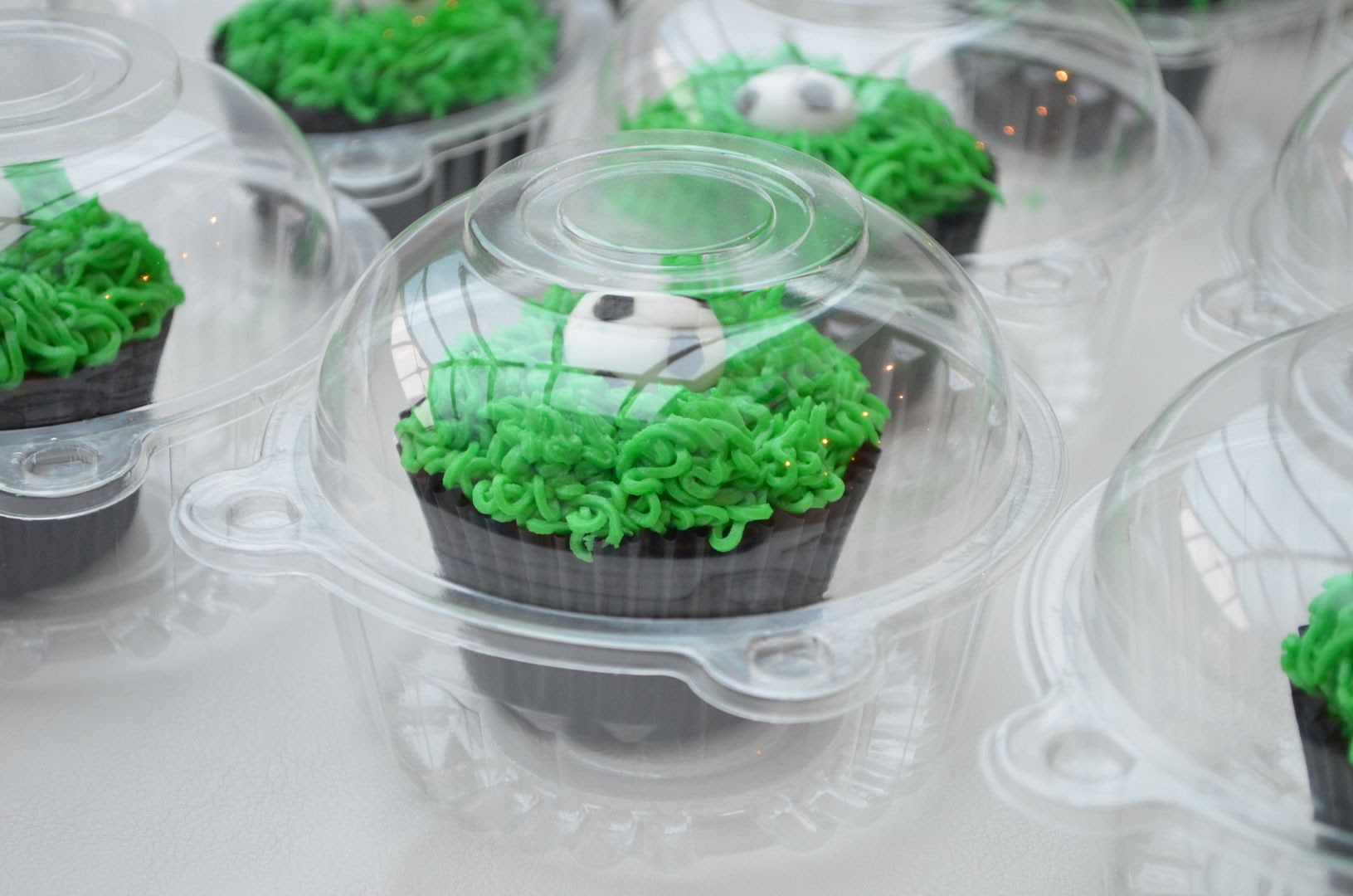 3rd February 2014 : I am linking this up to the Team Honk Great British Bake Off for Sport Relief but will be making this again next month as Jack has requested it again for his 5th birthday! 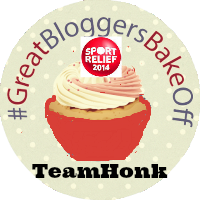