Last week I was asked by school to make some cakes for a surprise leaving party being held for one of teaching assistant's who was leaving after 22 years. As she takes care of the school garden they wanted them to be based around a garden theme. There wasn't a lot of time for me to spend making fancy decorations or sugar paste roses with Jack being at home so I opted to make some bouquets that I'd seen on the Internet.


They were really quite easy to make and as the bouquets can be made in advance it doesn't take lots of last minute preparation. 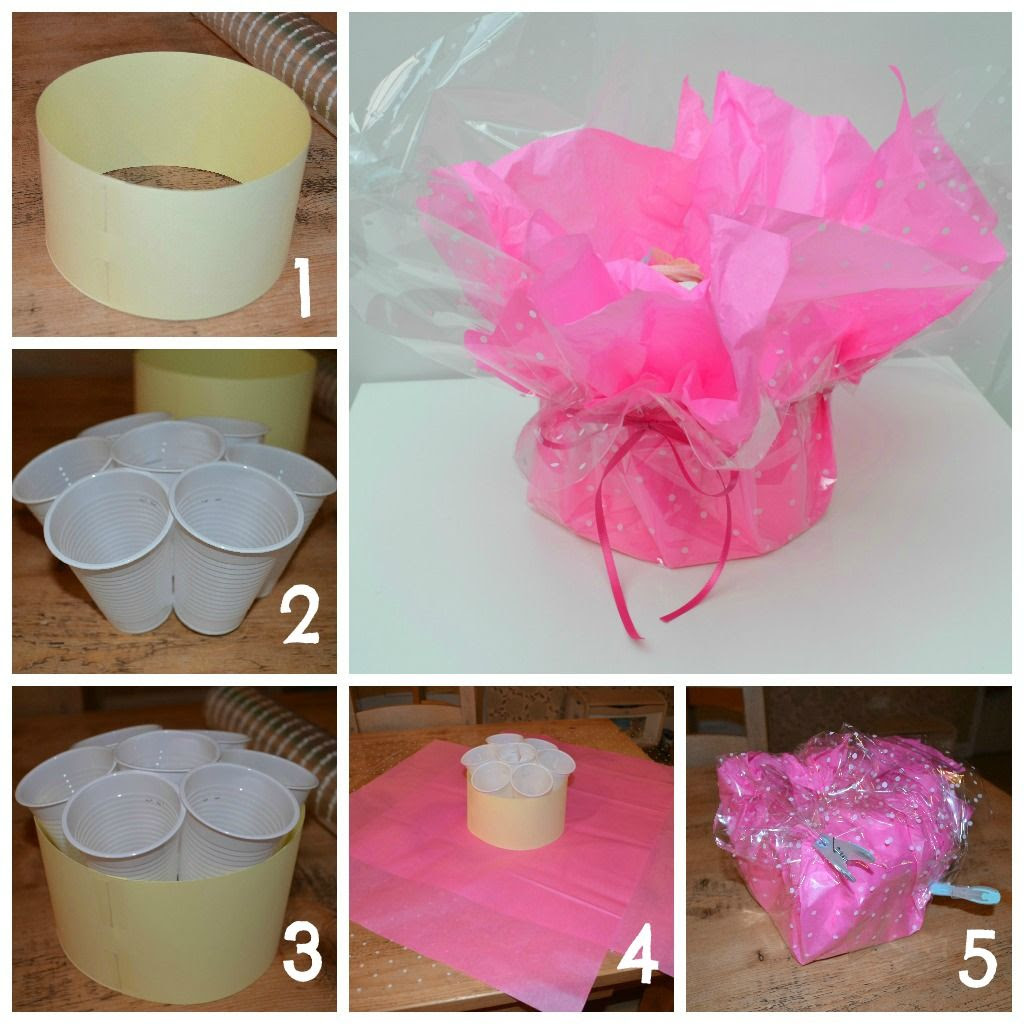 1. Cut a sheet of A4 card in half lengthways and tape the ends together to make a cylinder
2. Staple 7 plastic party cups together, 6 cups around a central cup
3. Sit the cups inside the cardboard cylinder
4. Cut a large square of cellophane and lay 2 pieces of tissue paper over it, sit the cake stand in the centre
5. Fold each side of the cellophane/tissue in and then the ends - use pegs to hold in place whilst you tie ribbon around if you don't have an extra pair of hands.
6. Tie ribbon around to secure in place - it can be a bit fiddly & tape is useful to stop the ribbon slipping, then remove pegs and open out the cellophane/tissue - it's now ready to pop your cakes in.

For the cakes I used my favourite Vanilla Cupcake recipe from the Primrose Bakery, which I've shared before here and made vanilla buttercream with some pink food colouring added.

I iced some of the cakes using a Wilton 1M tip, aiming to create a rose effect by starting off in the middle and piping clockwise around towards the edge. The others were iced using a moon shaped tip and piping 'petals' around - an effect that I'd seen on You Tube.

This is my amateur 'how to' video - I'm no expert and this is the first time I tried this method so it shows how easy it is... (more practice on positioning the camera needed!)

Some wafer daisies, rice paper butterflies and edible balls were added as the finishing touch. 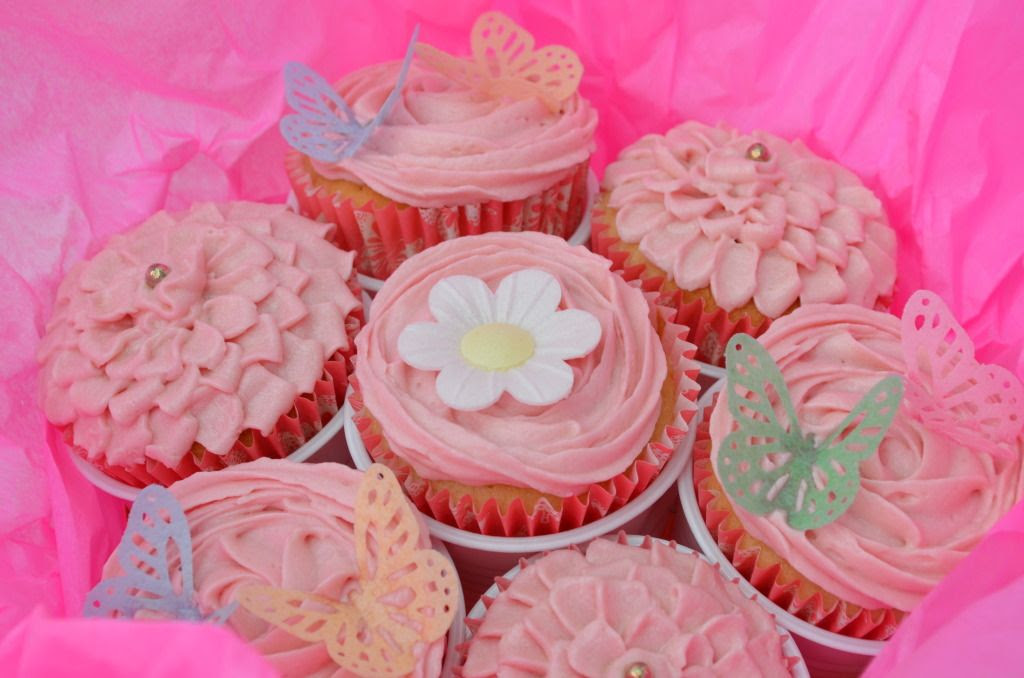 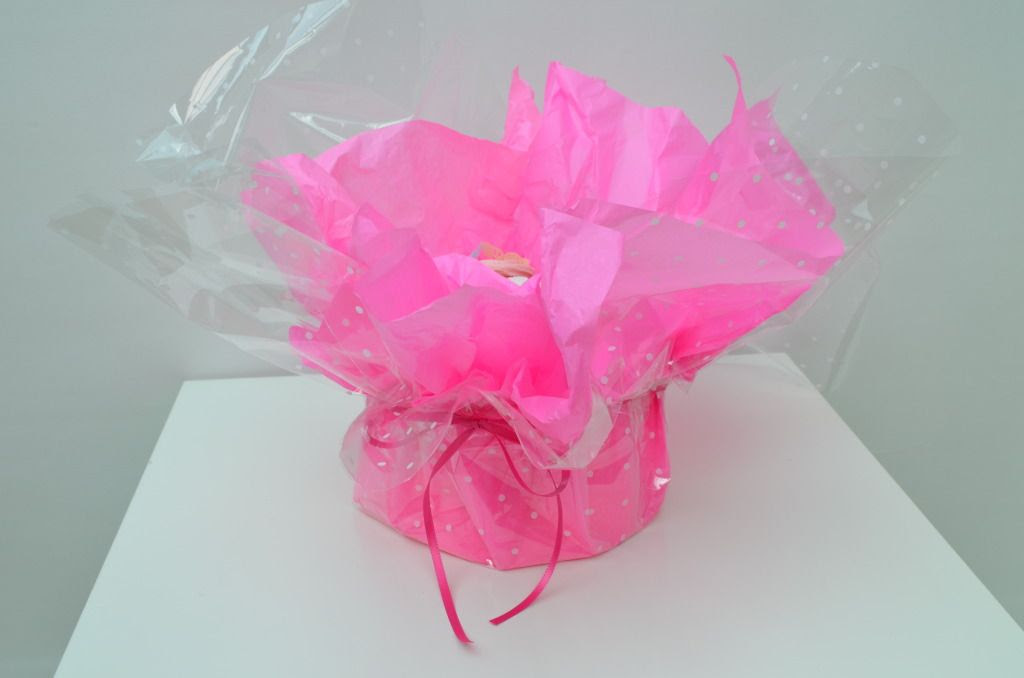 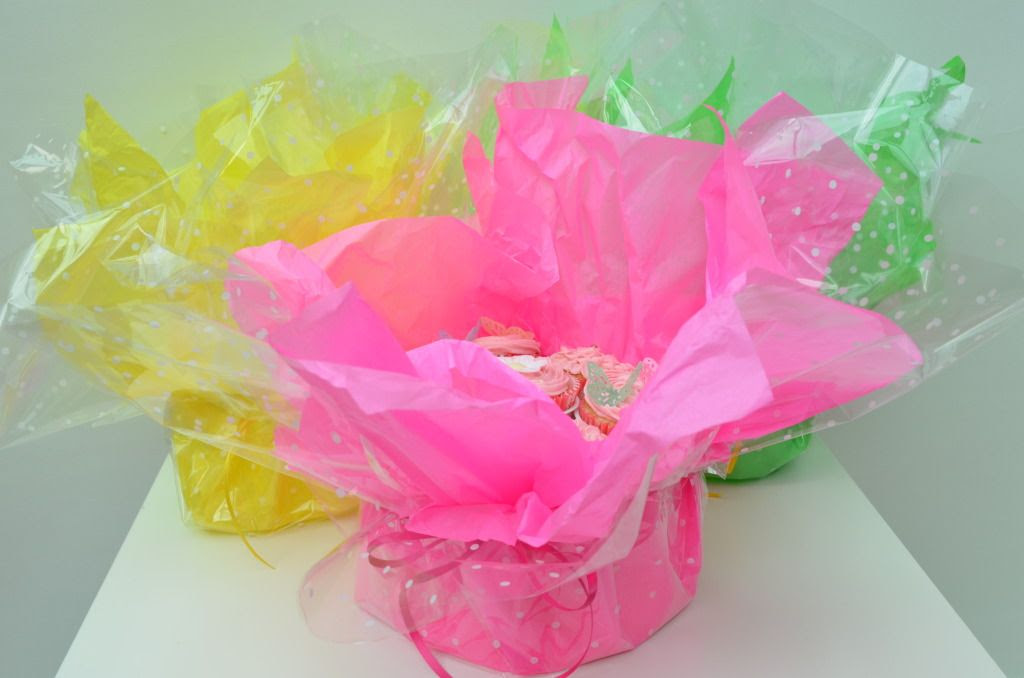 It was in fact so easy to make these that Sam and 2 of his friends made this for their teacher (some help with the bouquet but the cupcake icing was all done by the 3 of them). 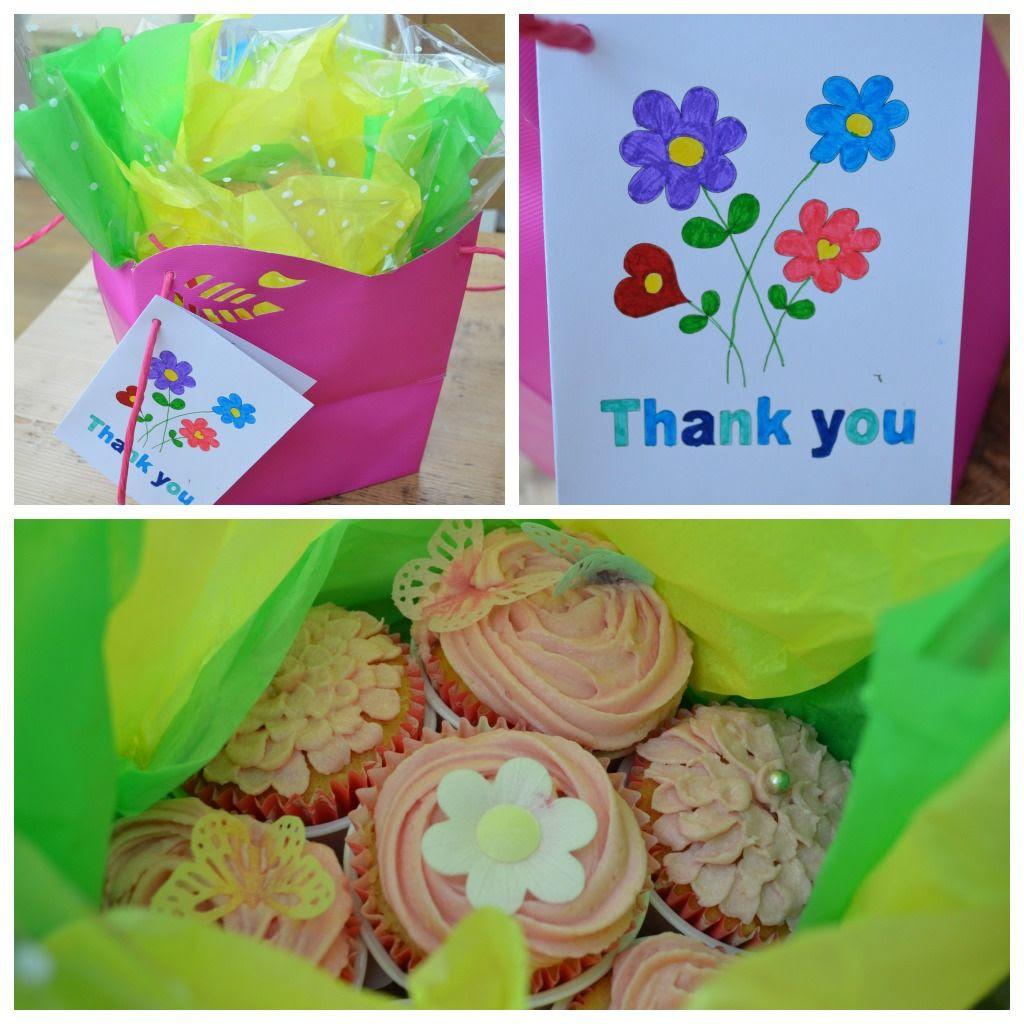