After being very quick off the mark making my Caramel Stroopwafels following last week's Bake Off, I've slipped back into 'just making it in the nick of time' for pudding week. Once I'd clapped eyes on those mouthwatering steamed puddings I knew exactly what I was going to make at the weekend. 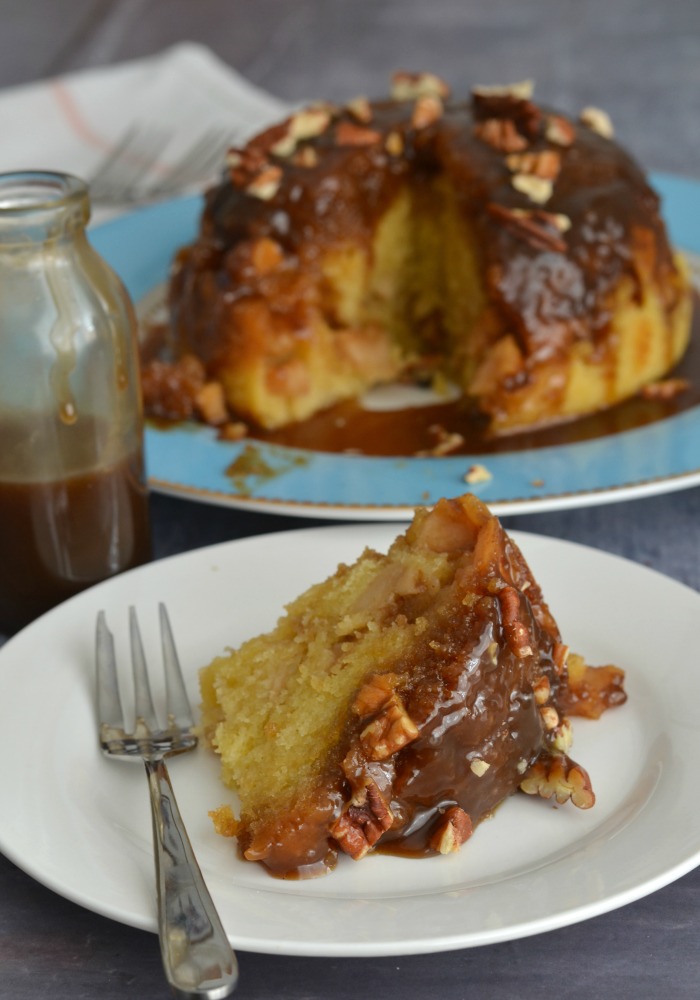 We have a small apple tree in the garden, and it's always produced a bumper crop of eating apples. We have no idea what variety they are but they're a really crisp and tart red skinned apple that are great for eating. They're not so great in a pie as they hold their shape a little too well, unlike a Bramley, but are really good in cinnamon apple cakes, toffee apple cinnamon buns or apple custard tarts. Saturday morning I picked a couple of apples from the tree & added them to these extremely simple to make steamed pudding. My family don't usually have the patience for a proper steamed pudding, so I often end up 'steaming' them in the microwave instead (like my 'mum's emergency chocolate cake'), but this time I gave myself plenty of time for steaming, and left it simmering away for an hour and a half. The pudding smelt amazing when I turned it out, and the apples had dispersed themselves nicely throughout the cake, and softened nicely, but not turned to mush. The toffee sauce was also really simple to make, and was adapted slightly from the caramel that I used in my Stroopwafels. 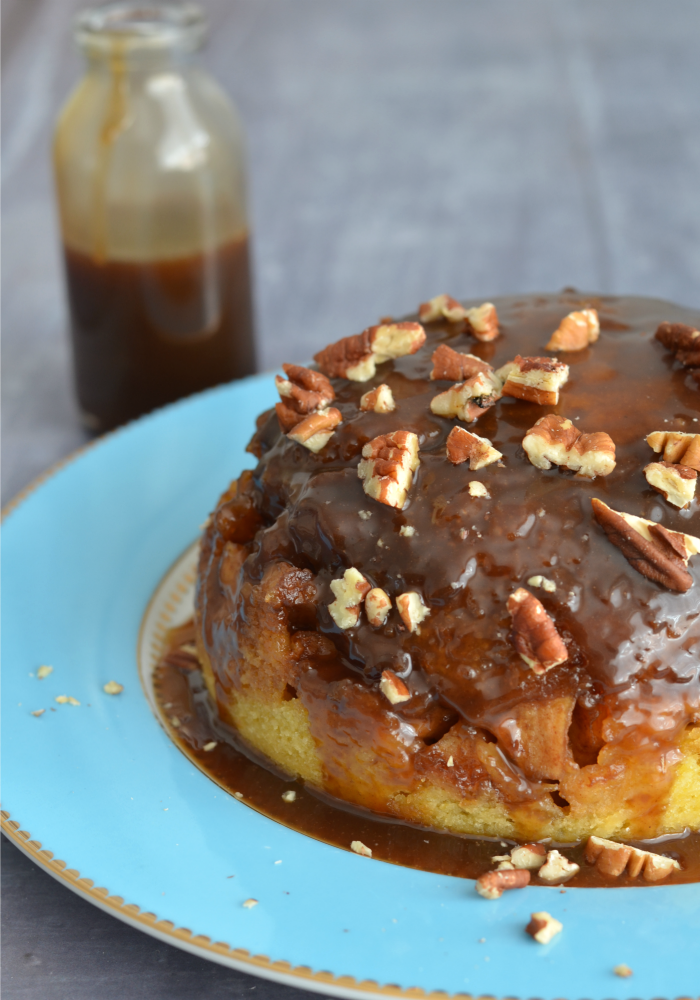 This recipe was a total win, and the family loved it, although they weren't all keen on having pecans on the top so I ate most of those! 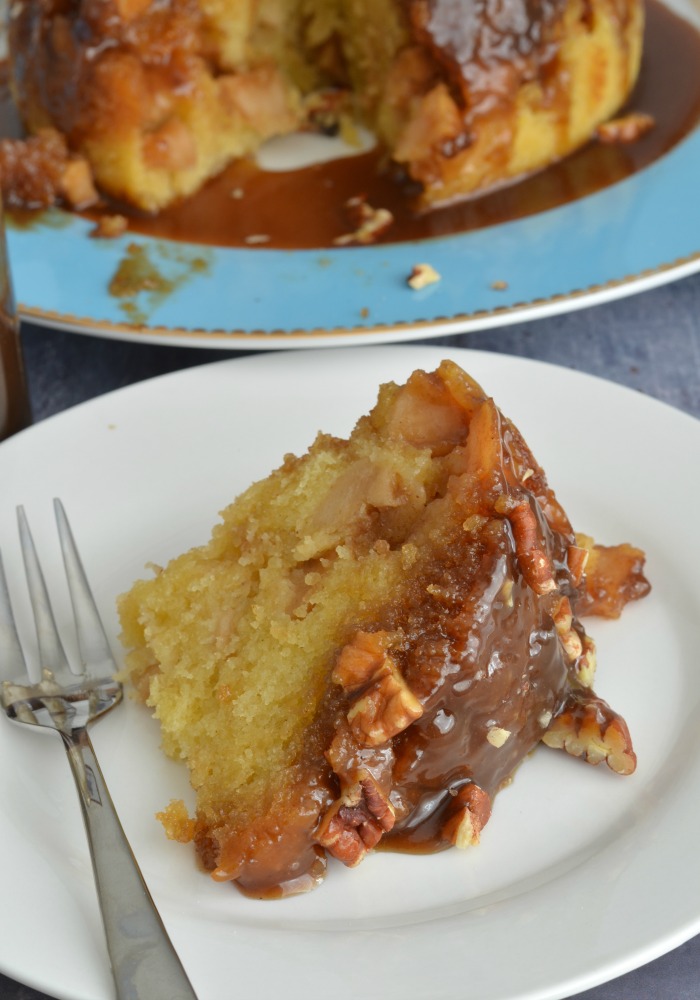 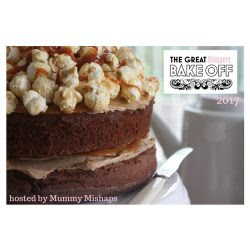