Last week's Bake Off brought us savoury pies, pastel de nata and hand raised pies. I considered making savoury pies or a hand raised pie (like these hand raised pork pies I made during Bake Off 4 years ago), but time ran away with me at the end of last week, and I was out on Saturday. Instead I opted for my own version of the Portuguese custard tart, which was easier and less time consuming than the recipe the bakers used during the technical challenge. I've neither eaten or made these before, despite holidaying in Portugal many times. I've never really been a fan of egg custard tarts, as I've always found them to be a bit, well, eggy, and I guess I thought these would be much the same.

Instead of making rough puff pastry, or using shop bought puff pastry, I made my own cream cheese pastry, which is my pastry of choice now when I make pies and pasties as it's so easy to work with, and it tastes so good. It's not quite as flaky as puff, but a lot lighter than shortcrust, so it worked really well in these tarts, resulting in a light & crisp casing for the non eggy custard.

I cheated a little when it came to the custard filling, mainly because I wanted to see if a cheap 25p tin of custard would actually work as a filling, and believe me it did work, and these dozen tarts didn't last more than a couple of hours! The custard was soft, and not at all rubbery or eggy, and by using shallow bun tin (the kind we all used to bake fairy cakes before American muffins and fancy cupcakes became a thing) there was just the right amount of custard for the quantity of pastry. If I was making them again I would probably leave them in the oven for a few more minutes or roll the pastry a little thinner. 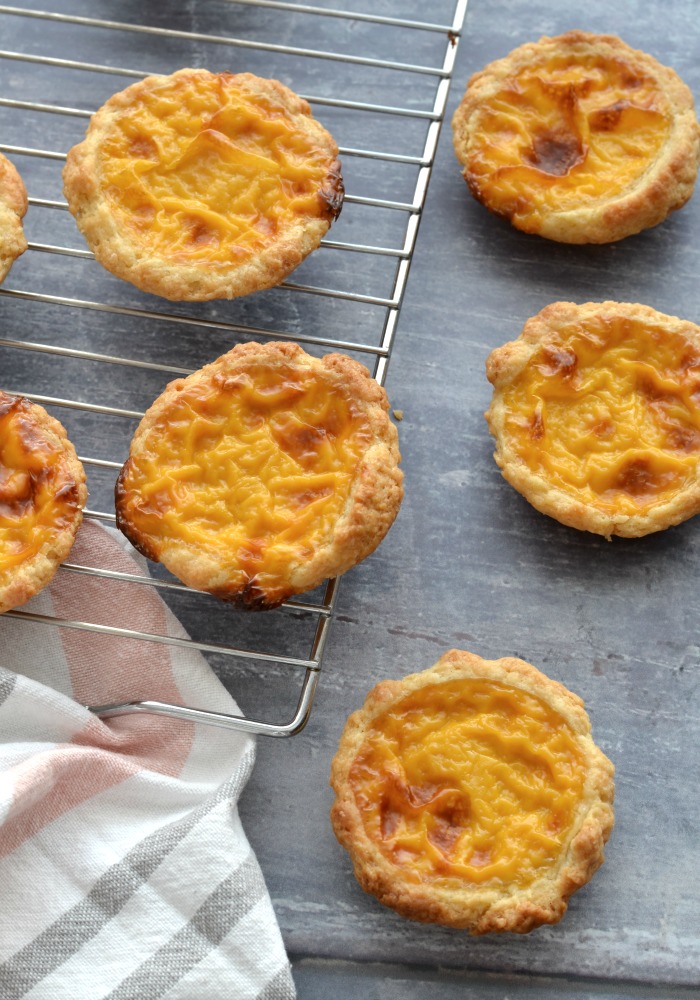 If you wanted to make these tarts even more quickly, and with even less effort you could use ready rolled puff pastry - one sheet of puff pastry would probably make 18 or 24 small tarts like mine, or 12 if you wanted to use larger muffin pan moulds. Baking at home doesn't have to be tricky or time consuming, and with a few little 'cheats' you can make your home baked goodies look as though you've been slaving away for hours on them! 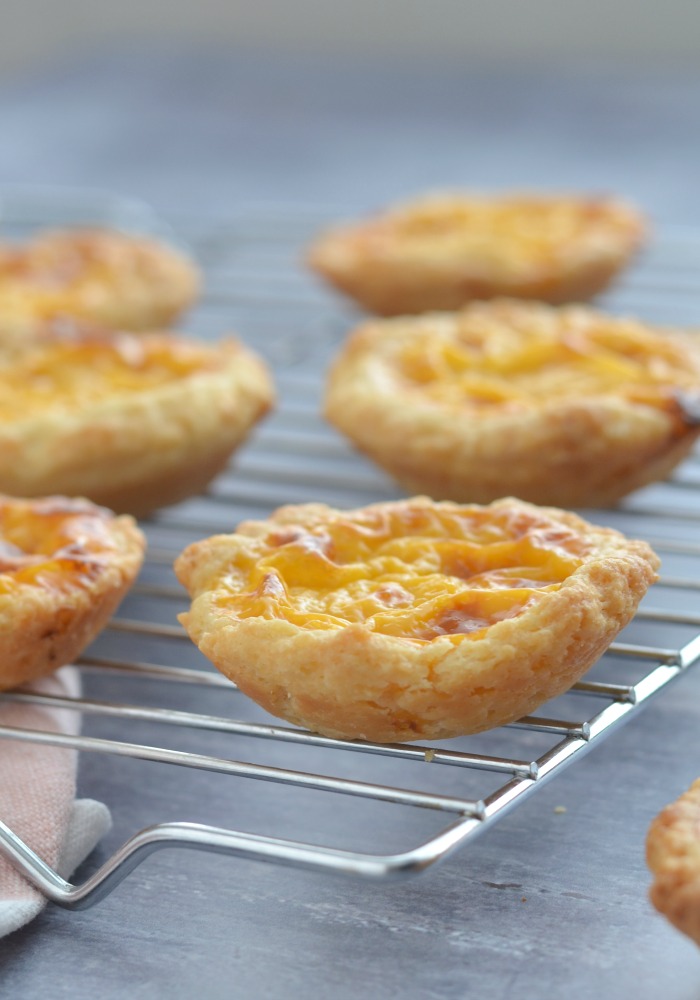 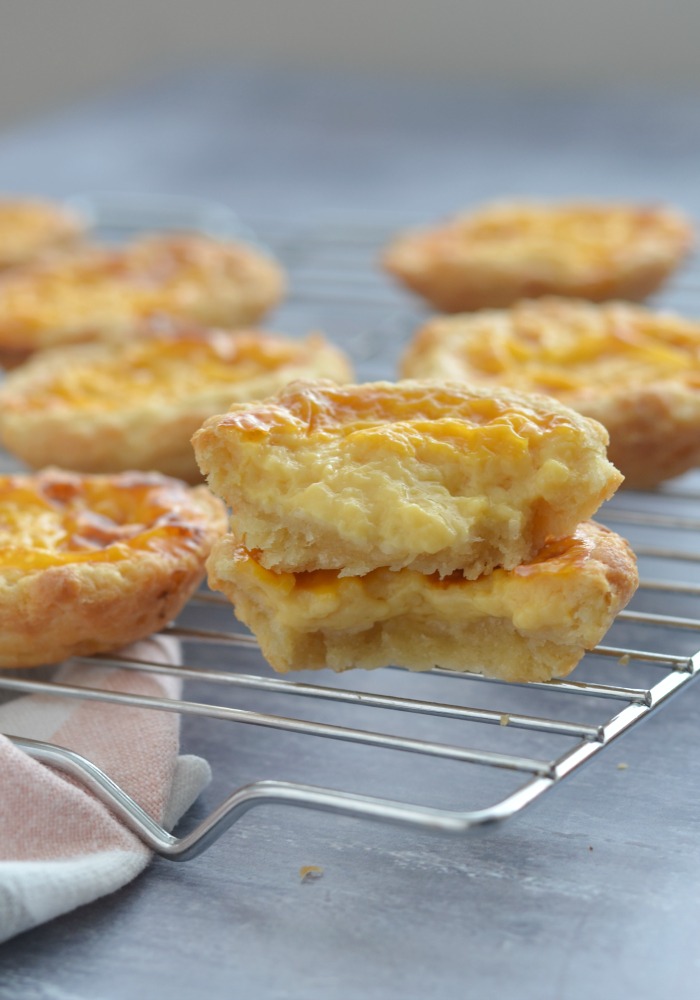 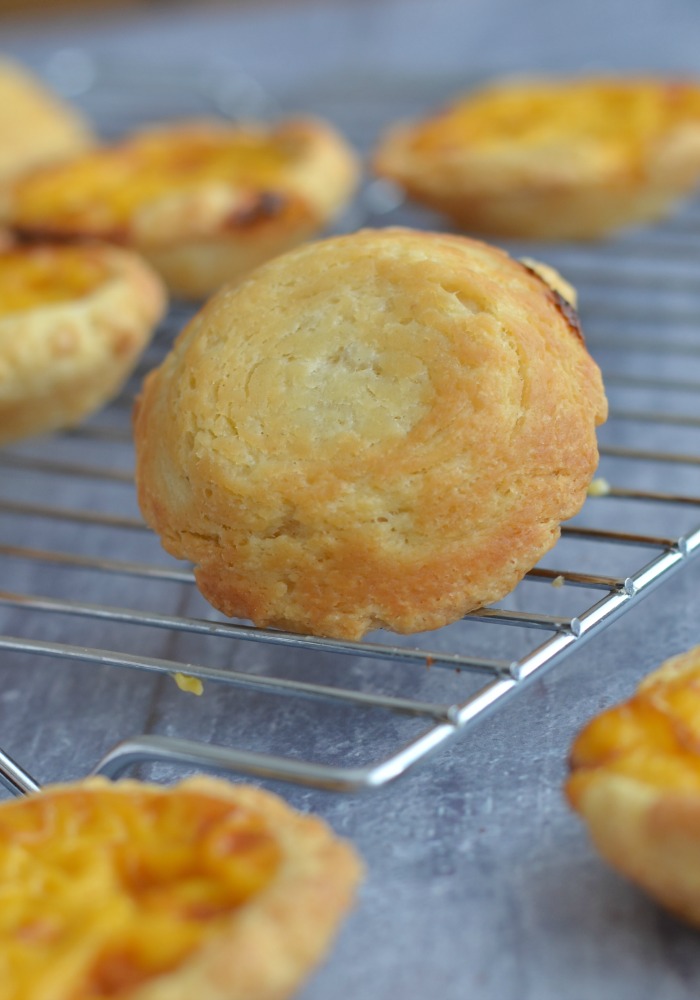 A little bit of a swirl visible on the underside of the tarts - I wonder if it would've been enough for Mr H & Prue! 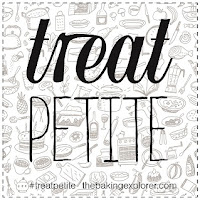