Great British Bake Off is back, and as I've been away for the first two episodes I haven't managed to join in with any baking until now. I may still bake something from the first episode (the kids are pretty keen on me making Jaffa Cakes) but I'm making no promises, especially as I'm keen to shift some holiday pounds and not put more on!

As I didn't have much time this weekend I chose to make Viennese Whirls, as iced biscuits are definitely not my forté, and there was no way I was going to attempt a gingerbread creation with only a few hours of free time available. 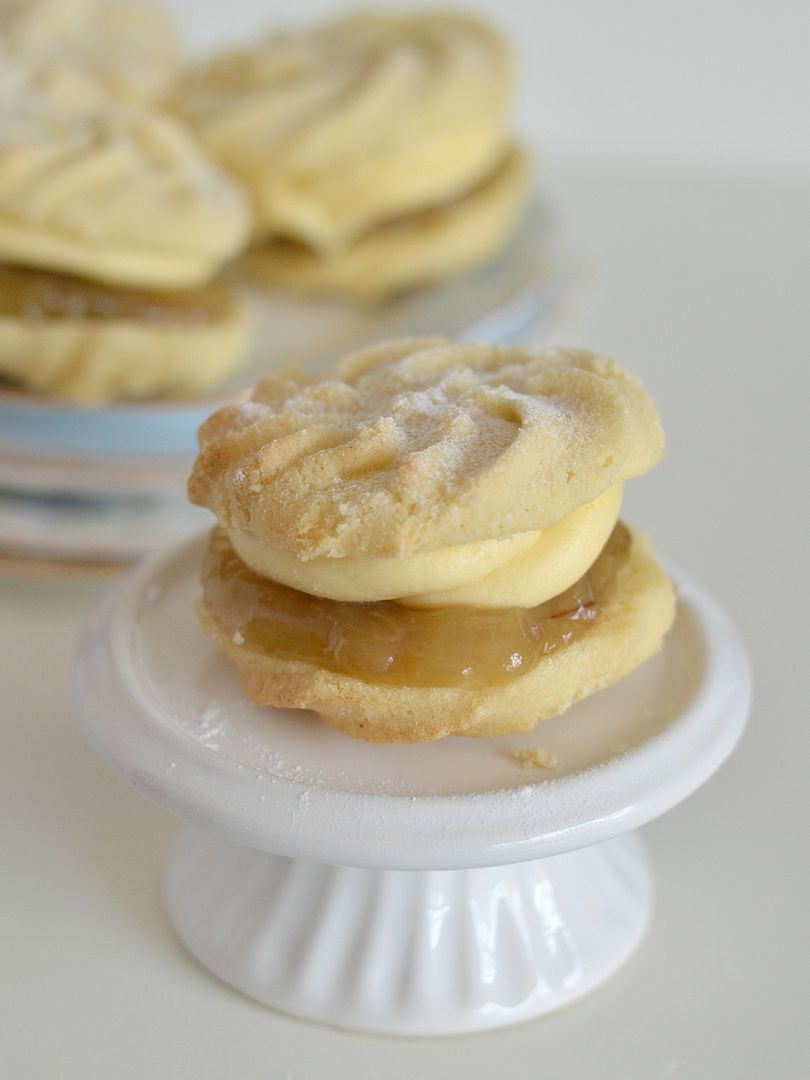 To my knowledge, I've only made Viennese Whirls (or it might have been fingers) once previously, and I'm sure it was when I was in my late teens. I don't remember it being particularly tricky so I was surprised that so many of the bakers on the show had trouble with them. After looking at a few recipes online I decided to go with the Mary Berry one, but I think I was feeling a little complacent and only refrigerated my unbaked biscuits for a few minutes, which resulted in them being a little flatter than I'd hoped, once baked. The dough was quite stiff to pipe too, despite my butter being very soft, so my 'whirls' didn't look too pretty.

With little time to spare, I decided that I would give the whirls to the kids to eat (who absolutely loved them) and bake a second batch, which would hopefully hold their shape better. This time I adapted a recipe for Viennese Fingers that I found in '1001 Cupcakes, Cookies & Other tempting treats', which calls for the use of caster sugar instead of icing sugar. I also rummaged around in my baking equipment for the largest star nozzle I could find, which seemed to help immensely with the piping, and placed the unbaked biscuits in the freezer whilst the oven was preheating. Having only a small amount of butter left I only made 8 biscuits (4 sandwiches) but have doubled the quantity in the recipe here. 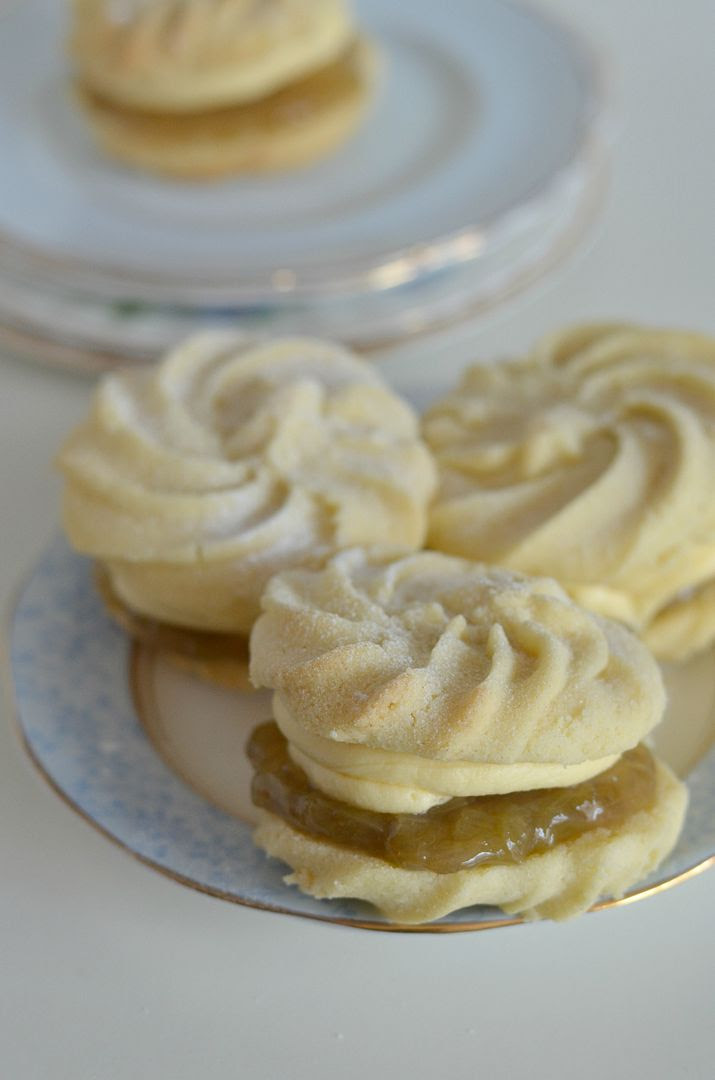 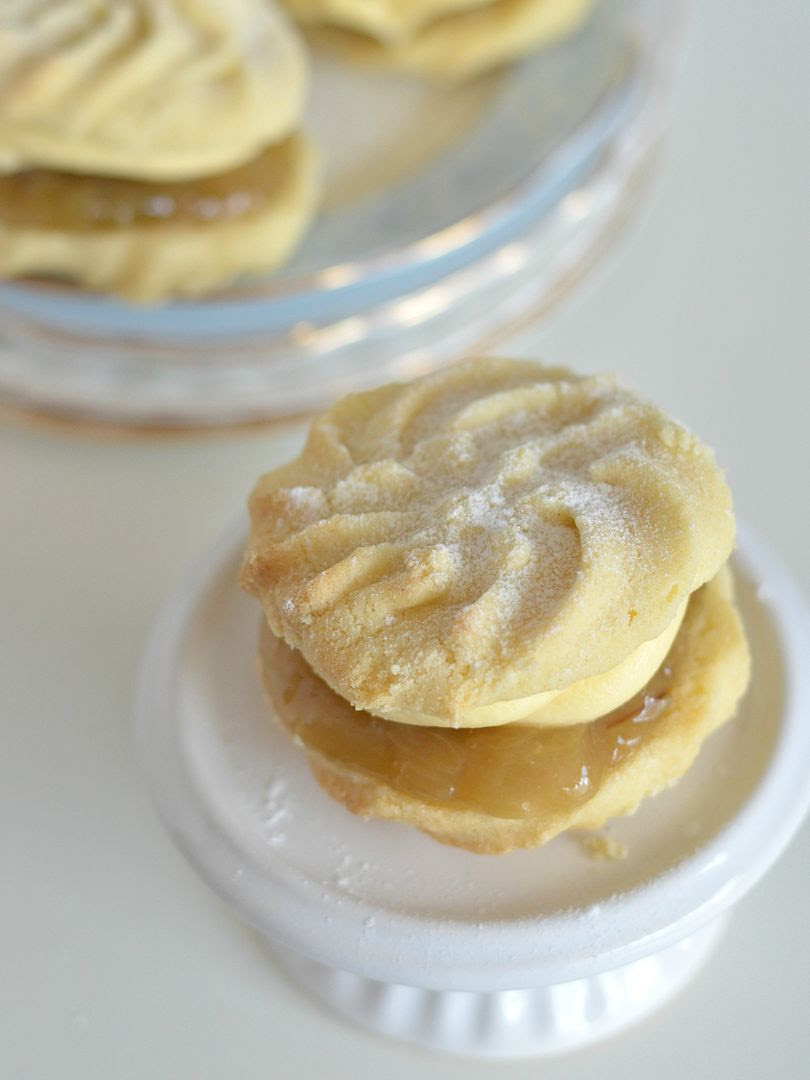 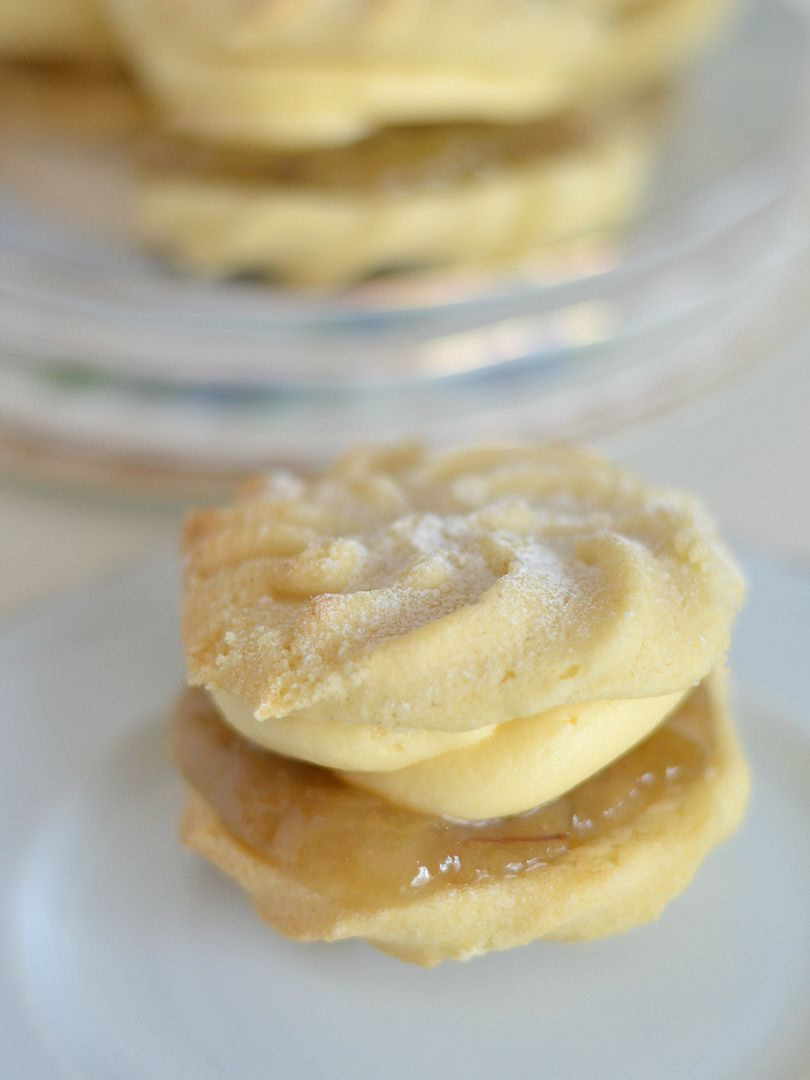 I am joining in with the Mummy Mishaps Great Bloggers Bake Off, and Treat Petite which is joint by The baking Explorer & Cakeyboi & hosted on The Baking Explorer this month