The Crazy Kitchen: En Suite Bathroom Makeover {and ideas for a co-ordinated Bedroom}

En Suite Bathroom Makeover {and ideas for a co-ordinated Bedroom}

The makeover of our en suite bathroom was long overdue. The shower had been out of action since well before Christmas, when I'd squelched onto the bedroom carpet one morning. To be honest, it had been leaking a long time before that morning, and in fact it had leaked, albeit only very slightly, since we'd moved into the house twelve years previous, despite the house being brand new. 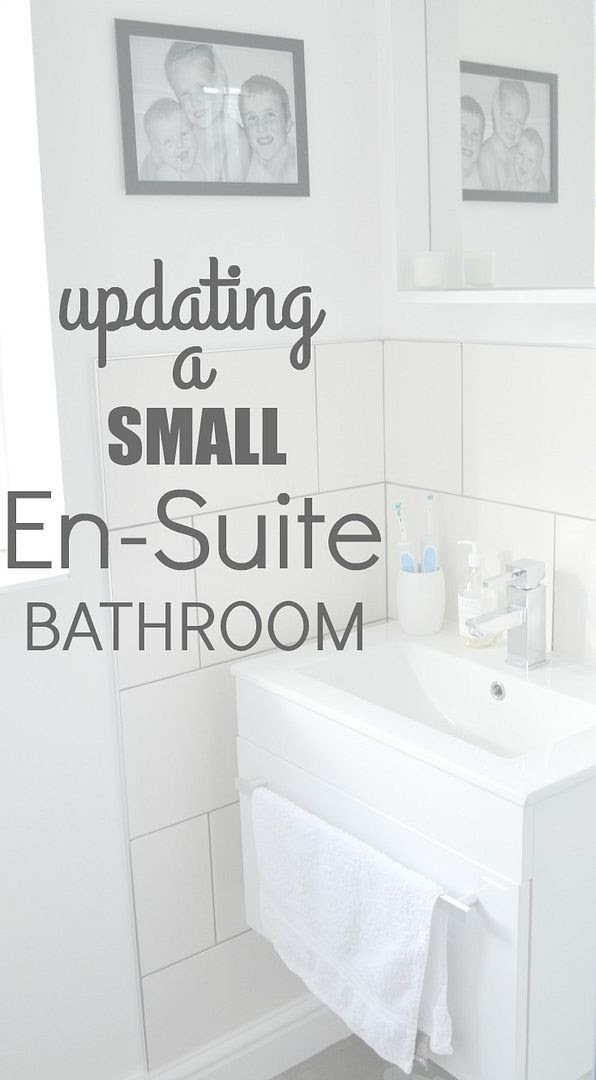 After various repairs were made (all unsuccessfully) we decided to bite the bullet and update the complete room. It's a very well used room and although it wasn't particularly out-dated, it was looking a bit tired. 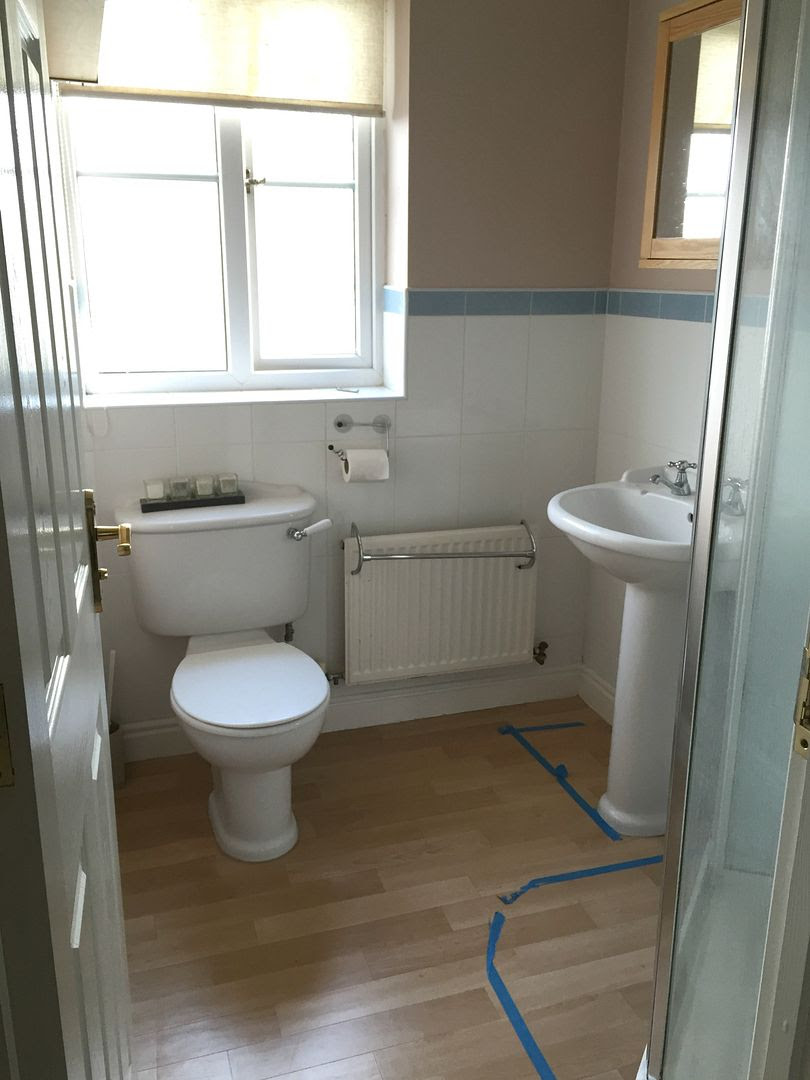 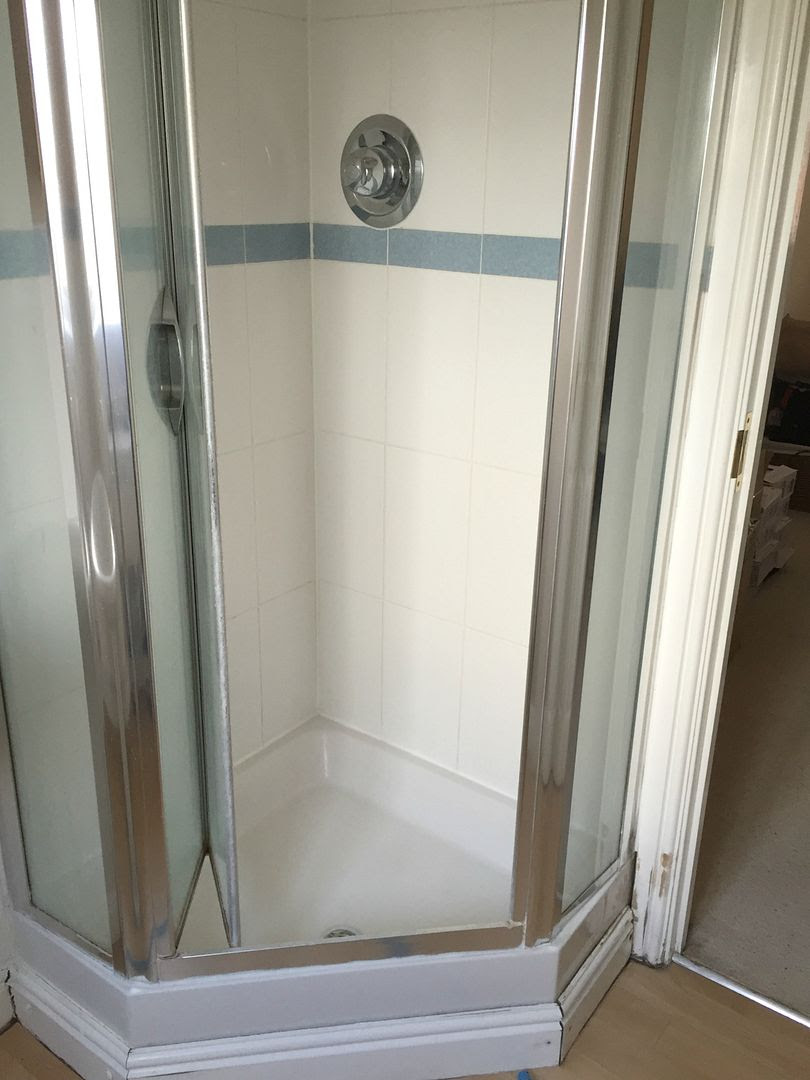 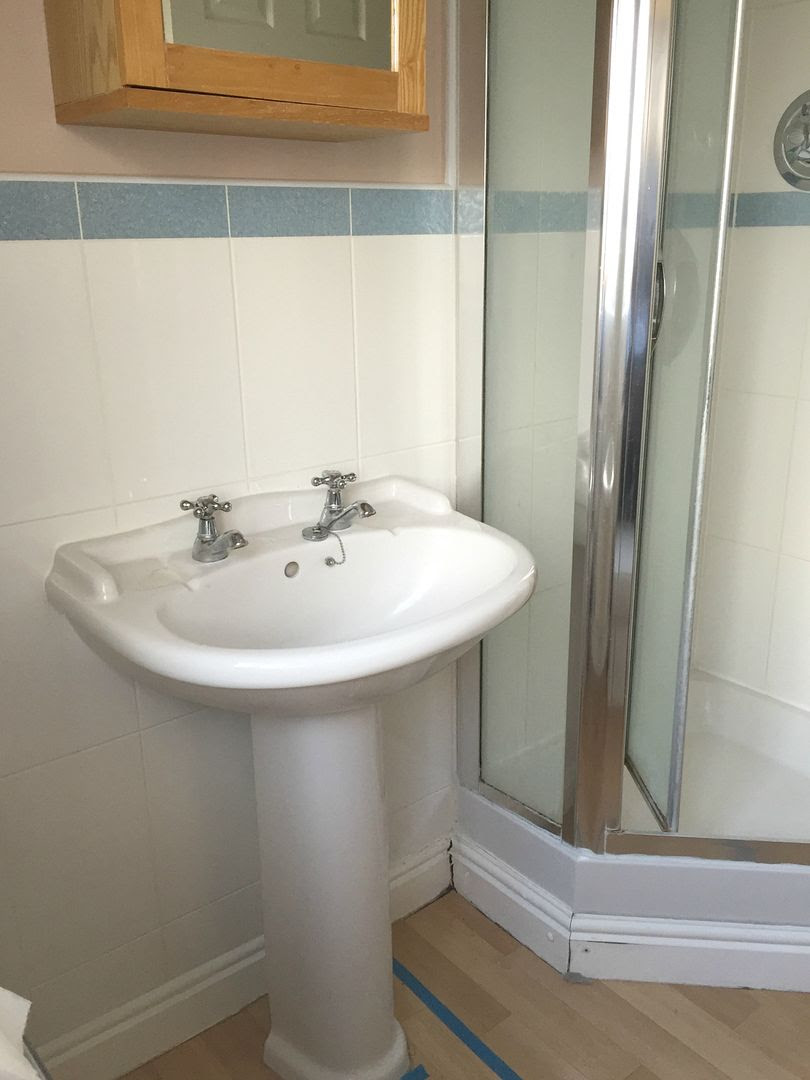 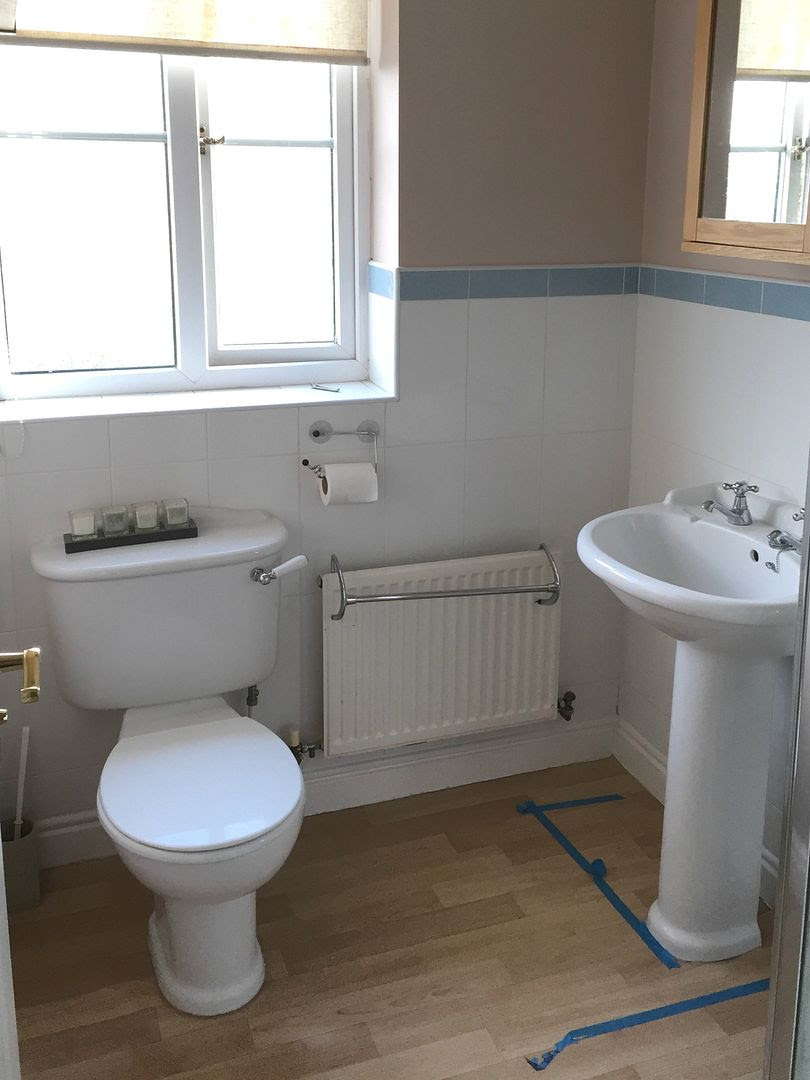 The room is quite small, and the shower cubicle was a tiny corner unit with a large step up. The sink & toilet, although quite plain, are a bit traditional for my liking, but they did the job, and they were white which is always a huge bonus. I was happy with the white tiles which were still in pretty good condition, but the vinyl flooring was definitely looking tired.

We knew we wanted a larger shower cubicle and it was just a case of moving things around a little to fit one in (especially that radiator that took up the corner of the bathroom & made it unusable).

I made a wish list and shopped around for exactly what we wanted, although after some discussion about showers our heads won over our hearts and we ditched the large shower head and concealed shower valve in favour of a more practical surface mounted shower.

The first thing that the builder did was to change the door around so that it opened out into the bedroom, rather than into the bathroom, which meant we could reposition the radiator onto the wall that the door used to open onto, which then in turn freed up that corner, allowing the sink to be positioned further over.

There were a couple of hitches along the way, like the moment that the builder came across a nail through one of the water pipes that had been there, by some miracle, for the past 12 years waiting to be pulled out and spout water over the bathroom and through to the freshly painted lounge ceiling. He also deemed the wall between en-suite and bedroom to be too flimsy to set a shower into (possibly the cause of the leaks over the years), and the drainage hole for the shower tray positioned itself nicely over a joist, making it necessary for us to source an alternative tray with a hole in a different place.

These things are sent to try us though, and it all turned out alright in the end. 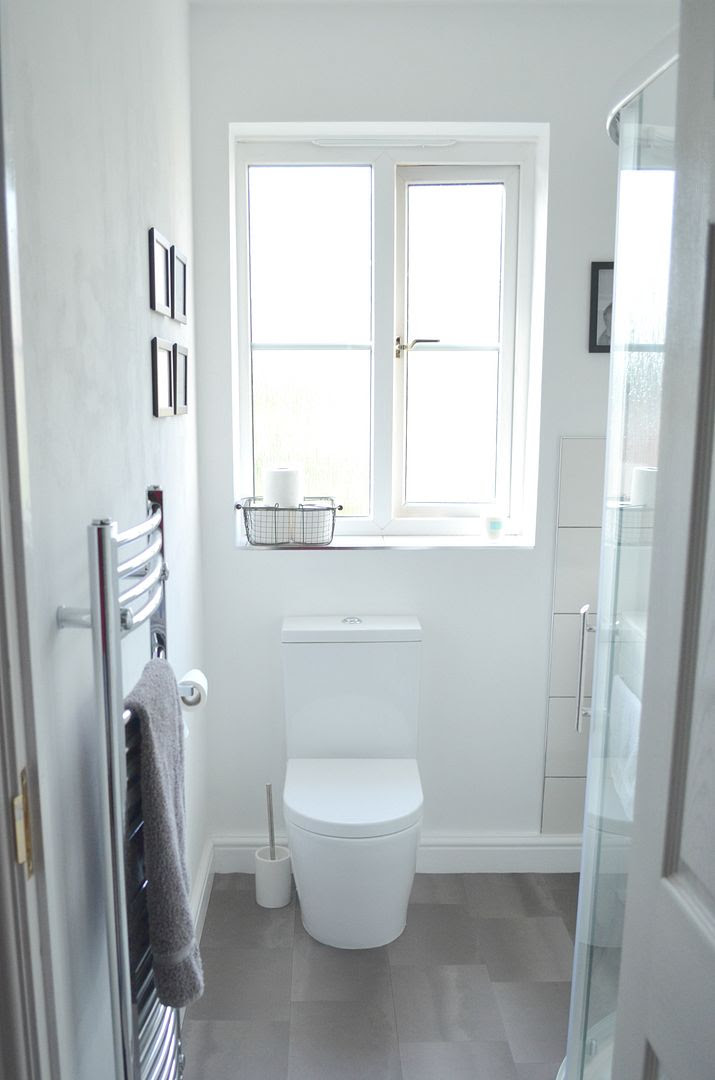 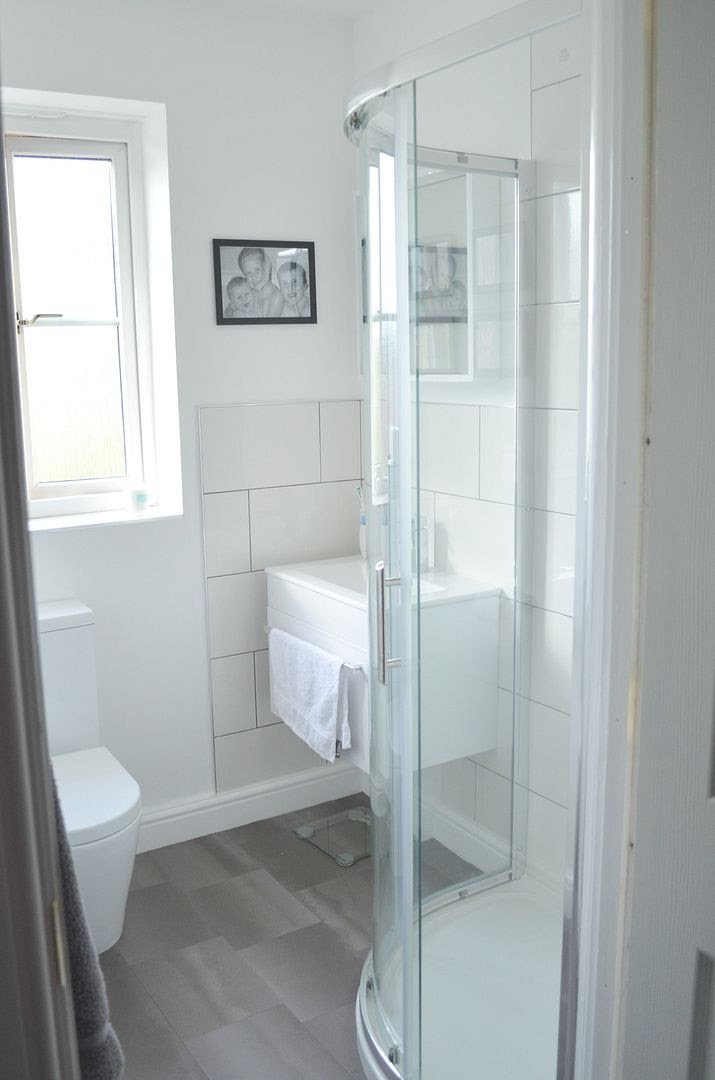 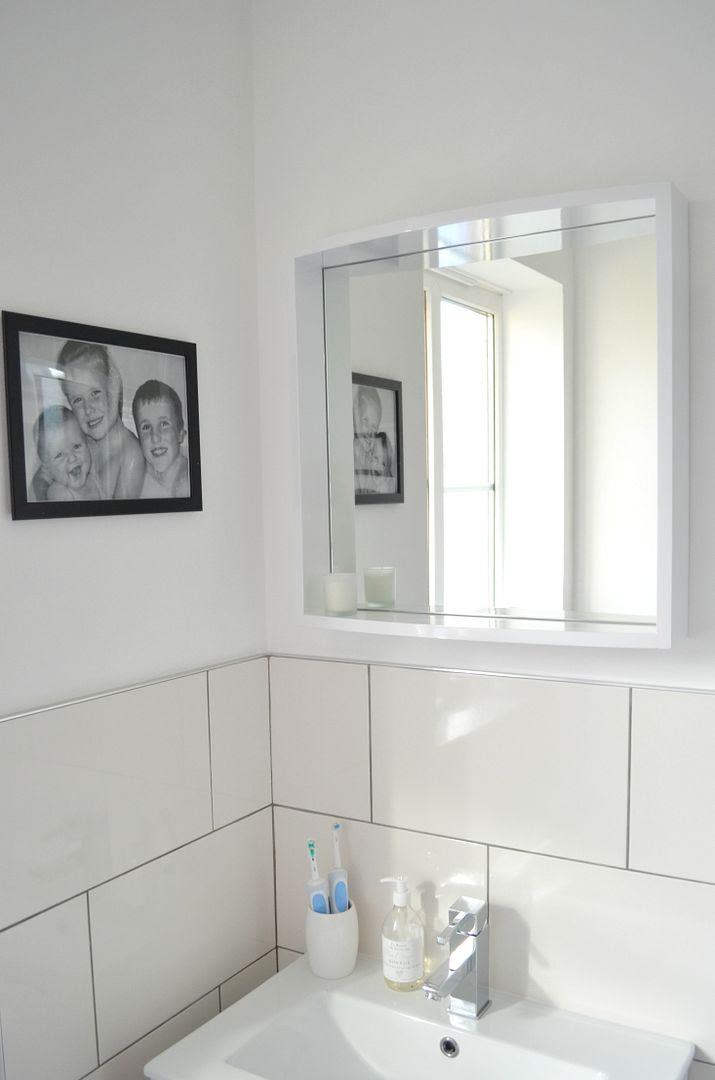 LARGE MIRROR WITH SHELF FOR ACCESSORIES 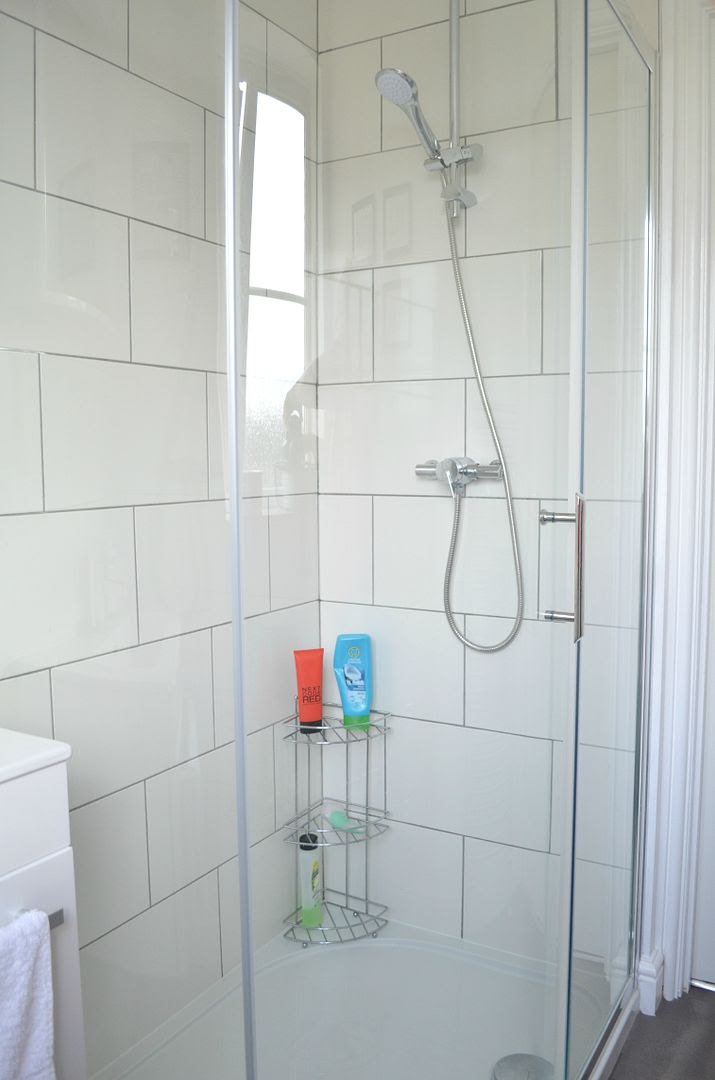 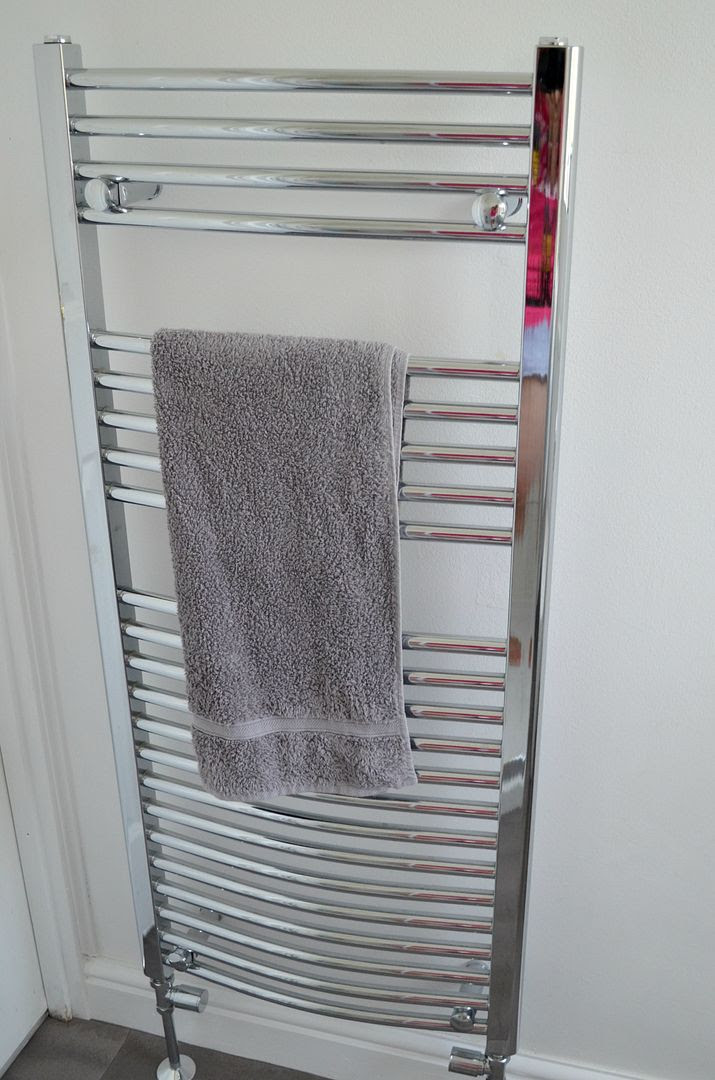 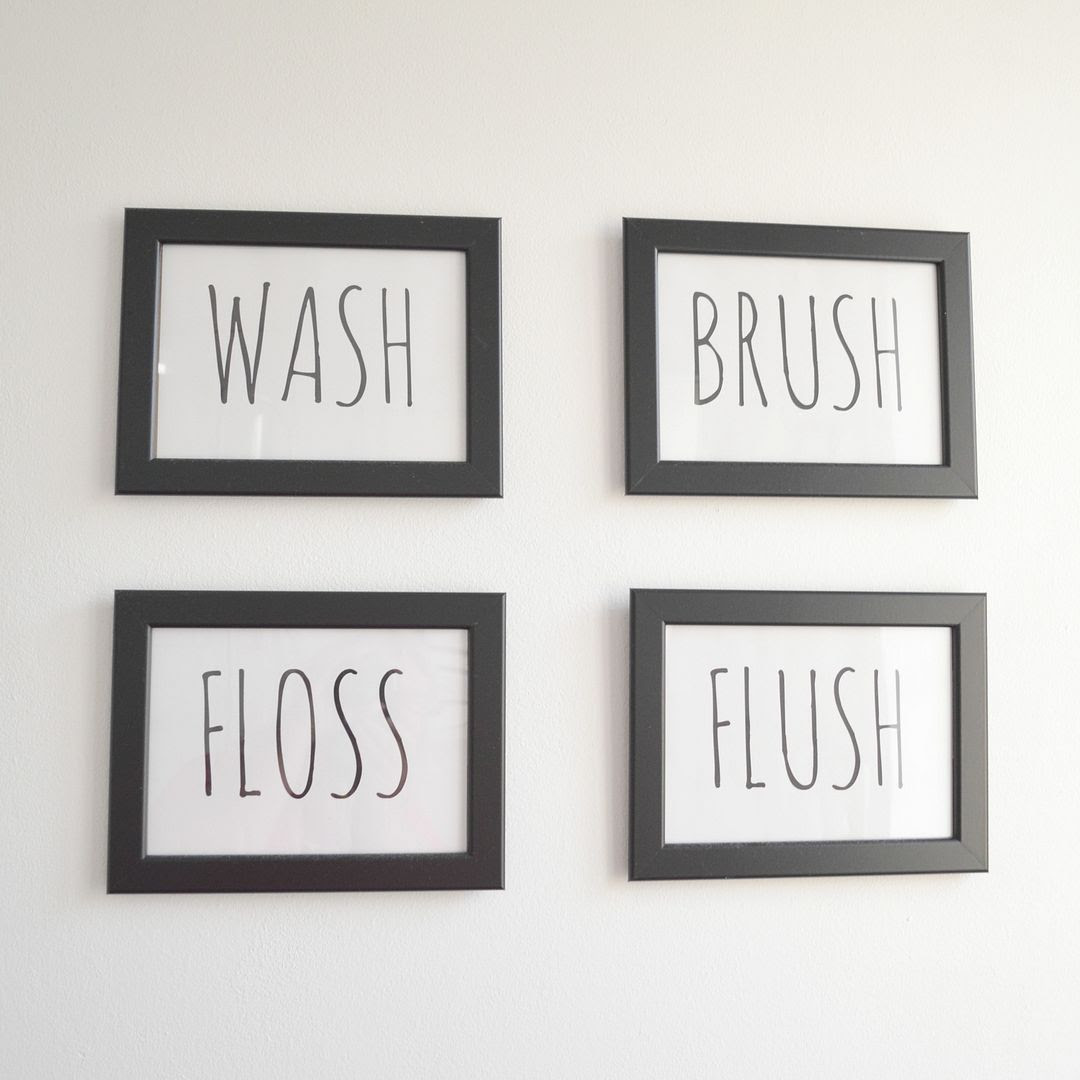 OWN PRINTS INSPIRED BY PINTEREST IN CHEAP IKEA FRAMES 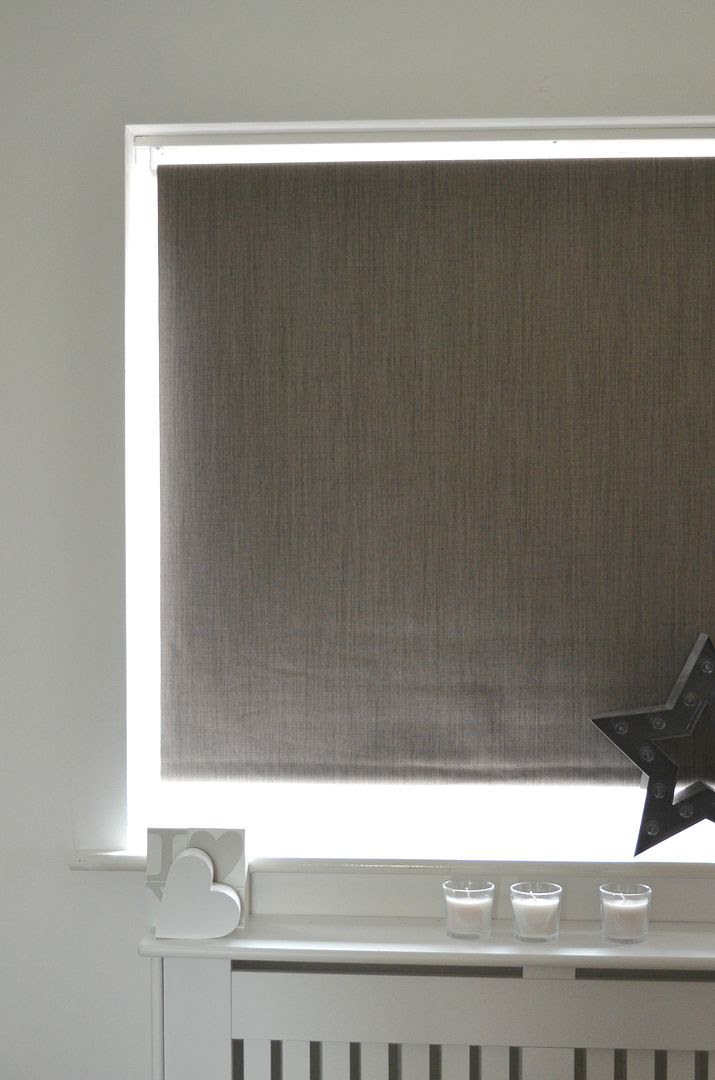 If this has inspired you to think about updating your bathroom, en-suite, bedroom or any other room in your house then take a look at the Quercus Living ranges of oak furniture, who have a fab range of solid wood furniture that's finished by hand, but won't break the bank.

I've put together a collection that incorporates solid oak bedroom furniture along with a few modern accessories that would tie in nicely with the grey and white en-suite.