Hanna has been pestering me for a while to make cakes so she can get her Cooks Badge at Brownies, but the pestering usually starts at 7.30pm on a Monday just as she arrives home from her weekly Brownies meeting and then she never usually mentions it again until the following Monday when she brings home [yet another] slip asking her to take in cakes that she's made.

This week was different though, she mentioned it almost daily until, on Saturday morning I relented and allowed her to mess up my kitchen bake her cakes. We had been sent some boxed cake mixes from Greens and Hanna chose to make the Blueberry cupcakes for her Brownie Six. Slight problem though as there are eight in her Six and this mix makes only six, are you with me? so I agreed to make a few additional cakes whilst she was at school for her to decorate with the leftover icing.

The Greens cake kit comes with a sachet of cake mix which you need to beat together with an egg, some softened butter and water (measured using our new Russian Doll measuring spoons from Find Me a Gift - more on those another time) , then just spoon into the cases that are also included in the kit. 10-12 minutes in the oven and they are baked, and after a few minutes of cooling down are ready to decorate. The kit also includes 2 sachets of a fruity jam type sauce to go inside the cakes and a sachet of icing mix which needs to be beaten with some more softened butter and water. The packet for the icing also doubles up as an icing bag which can be used with the icing nozzle included so even if you don't have fancy cake icing equipment you can still pipe the icing on the cakes without the need to go out and buy equipment.

Hanna did a great job, with only a small amount of assistance (with the beating) from me (apart from the extra cakes that I had to make). The instructions on the box were clear and easy for her to understand and the piping of the icing was all her own work and I was very proud.

The Brownies loved the cakes but the biggest surprise of all is that fussy little brother Jack ate (and enjoyed) a whole one! 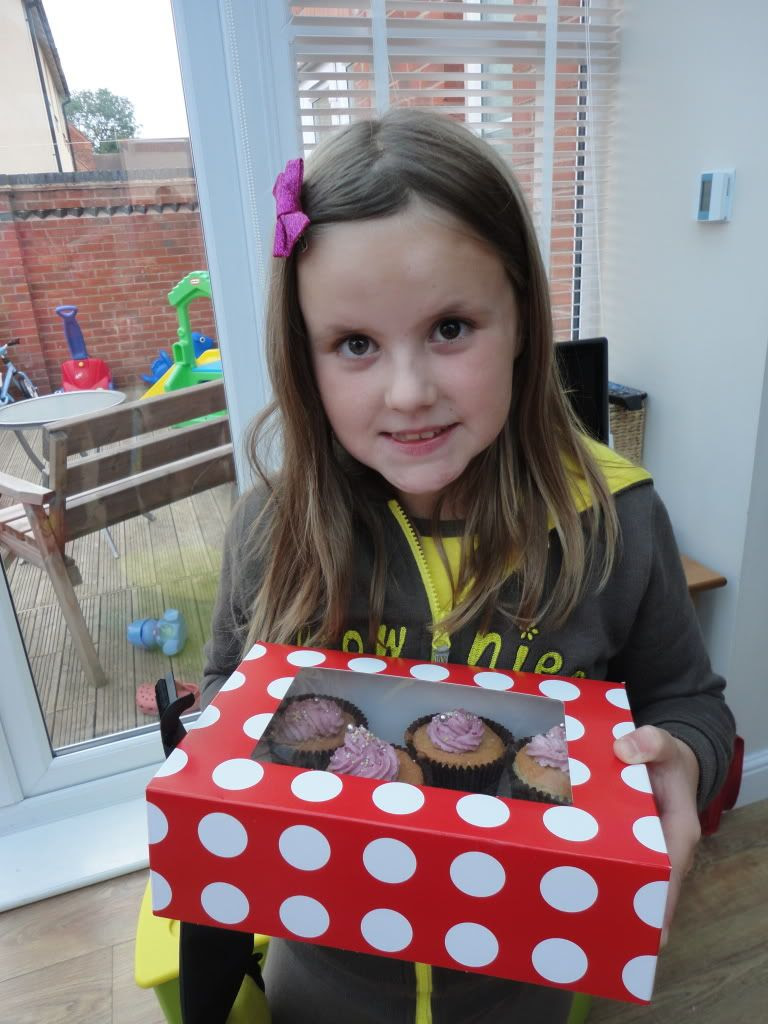 Green’s Strawberry, Blueberry and Lemon Cupcakes are sold in Asda and Tesco, RRP £2.15 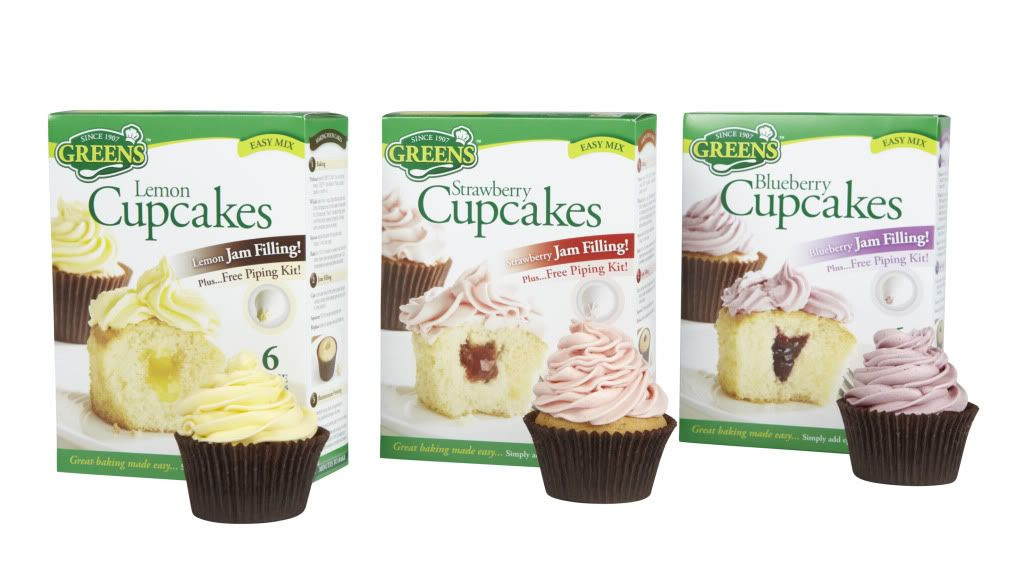 We were sent the lemon and blueberry cake mixes for the purpose of this review
Posted by Helen at 07:49
Email ThisBlogThis!Share to TwitterShare to FacebookShare to Pinterest
Labels: cake, cakes, cooking, review