The Crazy Kitchen: How to Create a Sideboard with Tapered Legs using IKEA Kallax

How to Create a Sideboard with Tapered Legs using IKEA Kallax

I love Ikea and we have many pieces of furniture and storage throughout the house bought from the store. In fact, I don't think there is a room in the house that doesn't contain at least one thing from Ikea, whether it's a picture frame, a shelf or desk. I like the clean, modern look of many of their products, plus the price is always an added bonus.

Over the years we've bought a few units in the Expedit range, which has now been superseded by a slightly slimmer Kallax. A few weeks ago we ventured off to Ikea on a Sunday afternoon (crazy, huh?), with the aim of bringing home 4x2 and 2x2 Kallax units in turquoise for the kitchen, but when we took a look at it in the showroom I didn't think the colour was quite right. I then spotted the 4x2 in grey and wood effect and I was in love! Unfortunately they only do this size currently so my hopes of having the two pieces standing alongside each other (with the 4 x 2 on its end) were dashed, but we bought it anyway! I liked the unit standing on its end, but it just didn't look right in the space without a 2x2 version for company, so I flipped it around and I instantly knew it was the right way round to have it. I didn't stop there though, as I had it in my mind that it would look even better with legs on. I've fallen in love with hairpin legs and I'm desperate to have them somewhere in the house, but they are so expensive and I didn't really want to spend more than the unit cost in the first place! 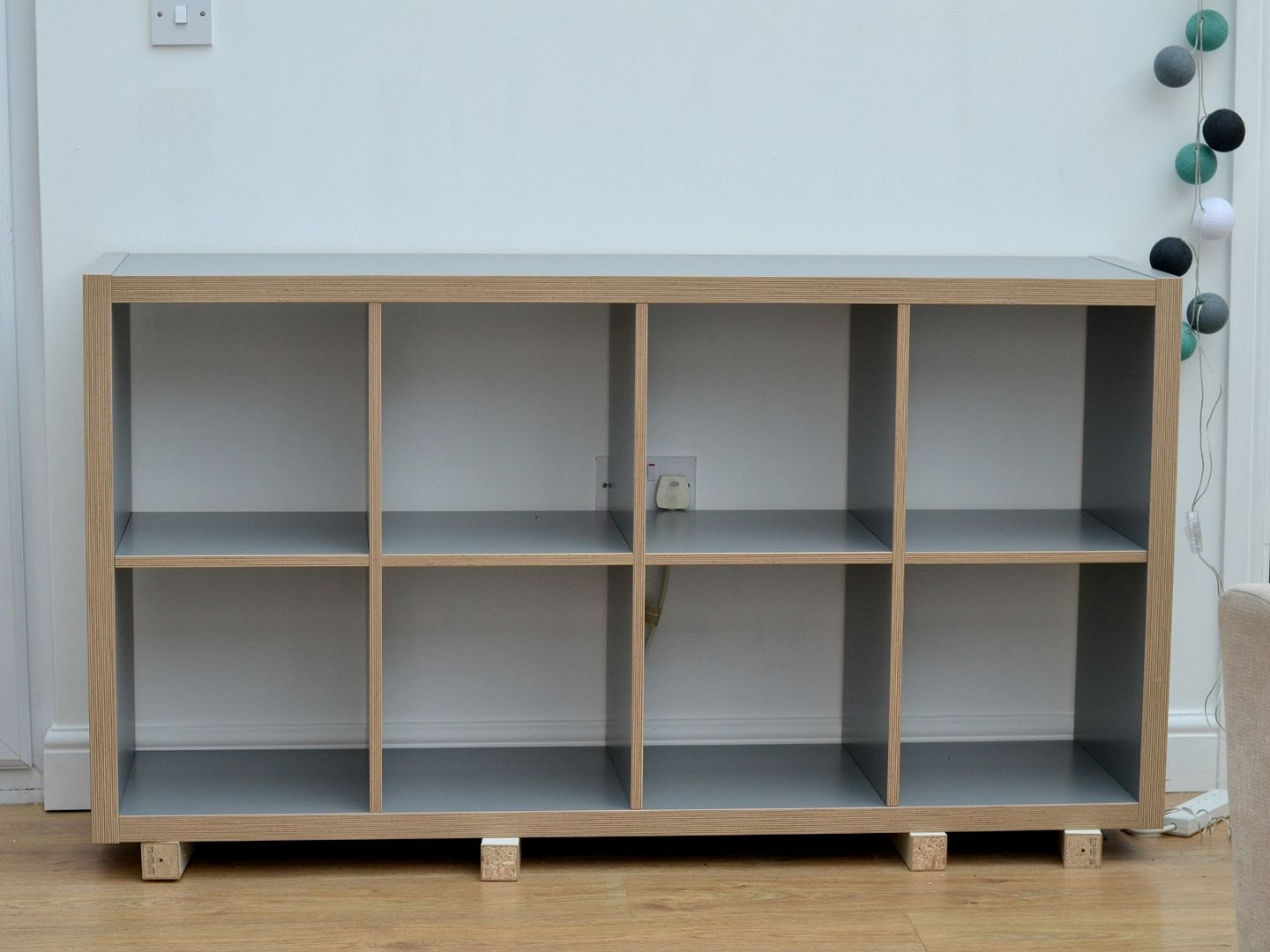 My next option was tapered wooden legs, which can also be quite expensive, but a much cheaper alternative to hairpin legs. All of the legs I found though had metal dowel screws already attached, and I knew that I didn't want to make holes in the Kallax unit, just incase I decided to flip it on its end in the future. I asked a friend, who's very talented in wood turning, if he fancied trying his hand at turning me a set of legs, and a few days later he surprised me with an amazing set of legs! 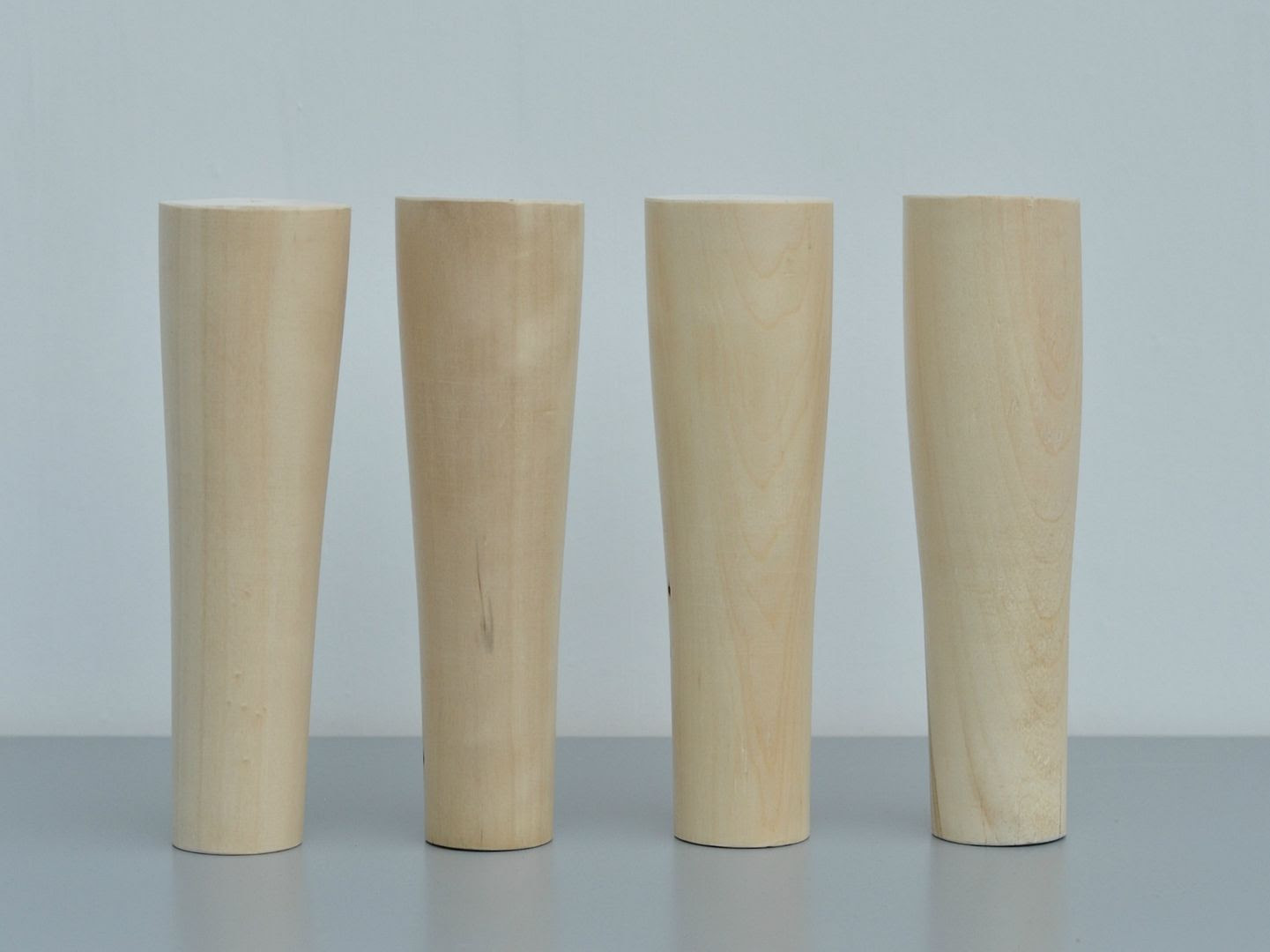 I shopped around for a plank of wood that would be suitable to screw the legs onto and then sit the Kallax on top, and found a piece of white furniture board in Homebase that was the ideal width (30cm), and only needed a length cutting off the end. The fact that the furniture board was a piece of ugly chipboard covered in a white coating didn't matter too much as I figured that it would only be seen by someone bending down and looking underneath the unit. I bought some iron on edging to cover the bare ends so it looked a bit neater, but you really can't see it anyway. 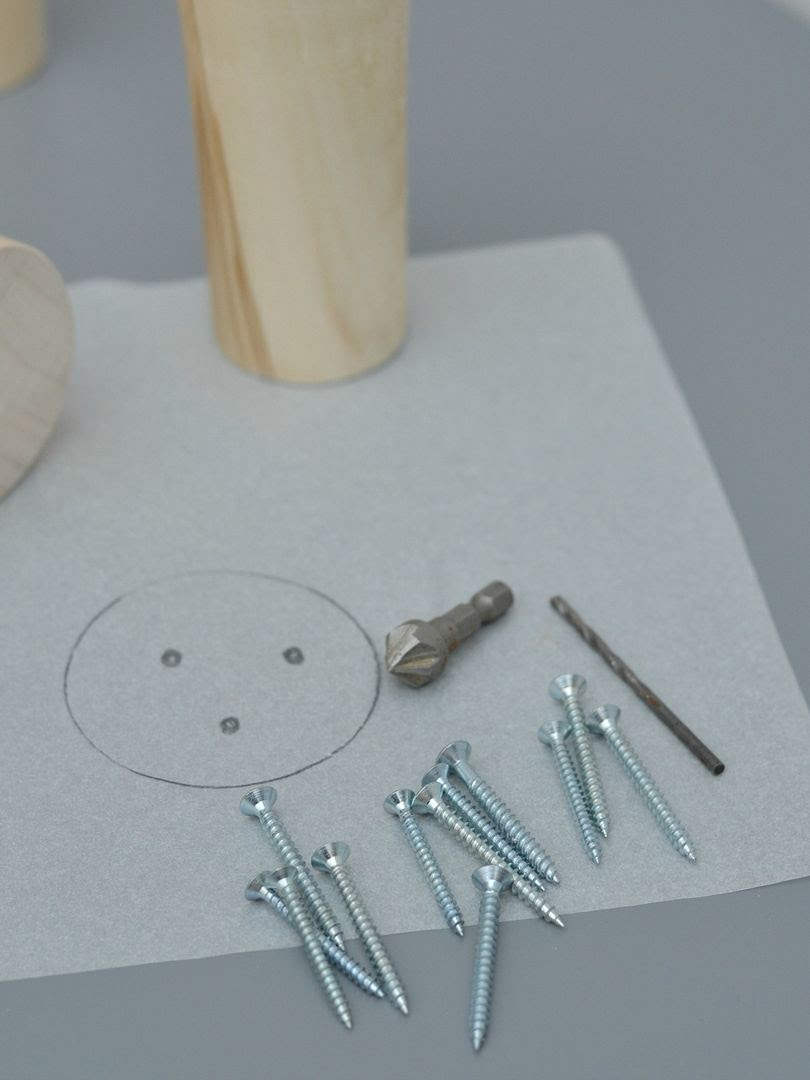 After cutting the board to the right length (approx 137cm) with my 20 year old rusty bladed Black & Decker jigsaw, I made a template for marking the position of the screw holes on the board, which I then drilled and countersunk to make sure the screws wouldn't sit above the level of the board. 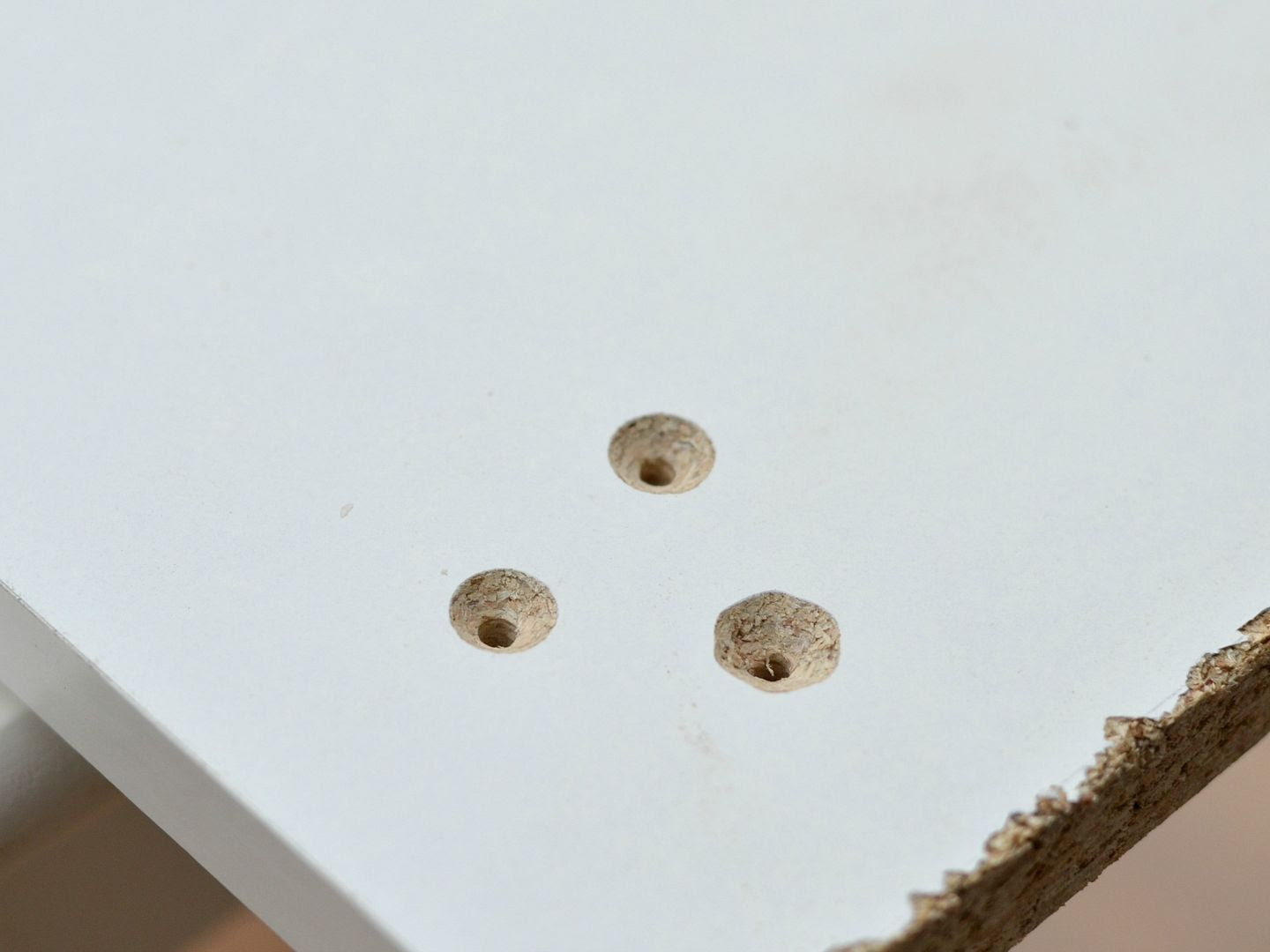 If you're using the unit to hold heavy items you may want to consider adding extra legs to the centre to avoid the chance of bowing (or use thicker wood to attach the legs). 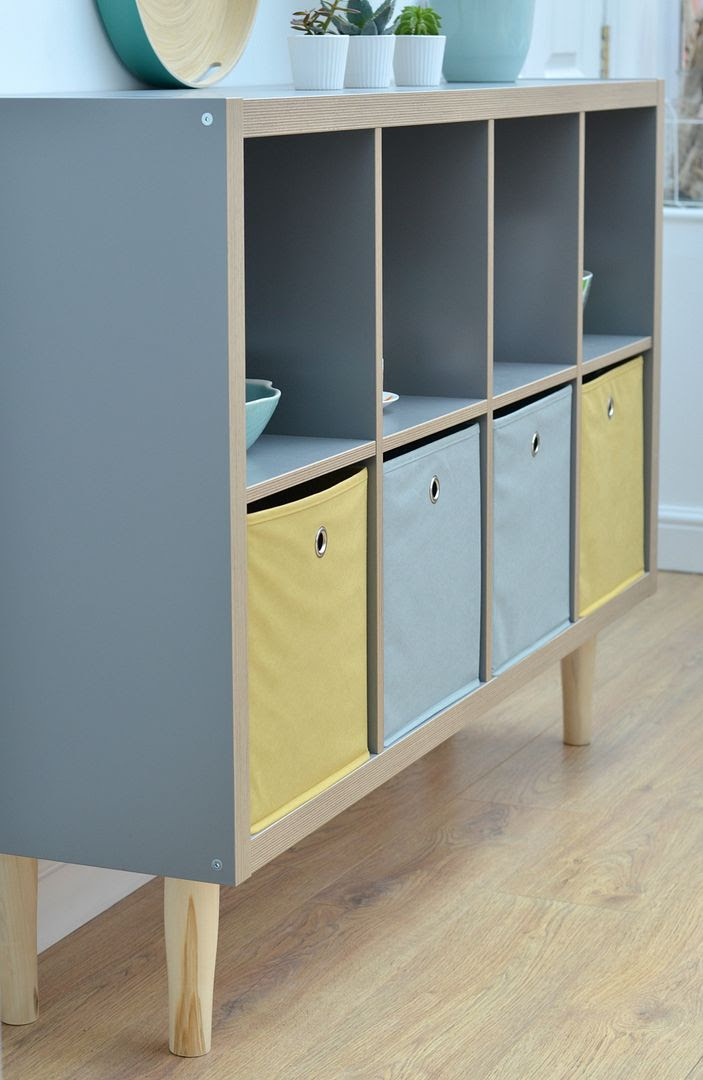 I'm extremely pleased how this turned out, and give it a loving stroke each time I walk past it. I now just need to decide what to put on the wall behind it - small pictures/prints, a large print, a mirror or shelving? 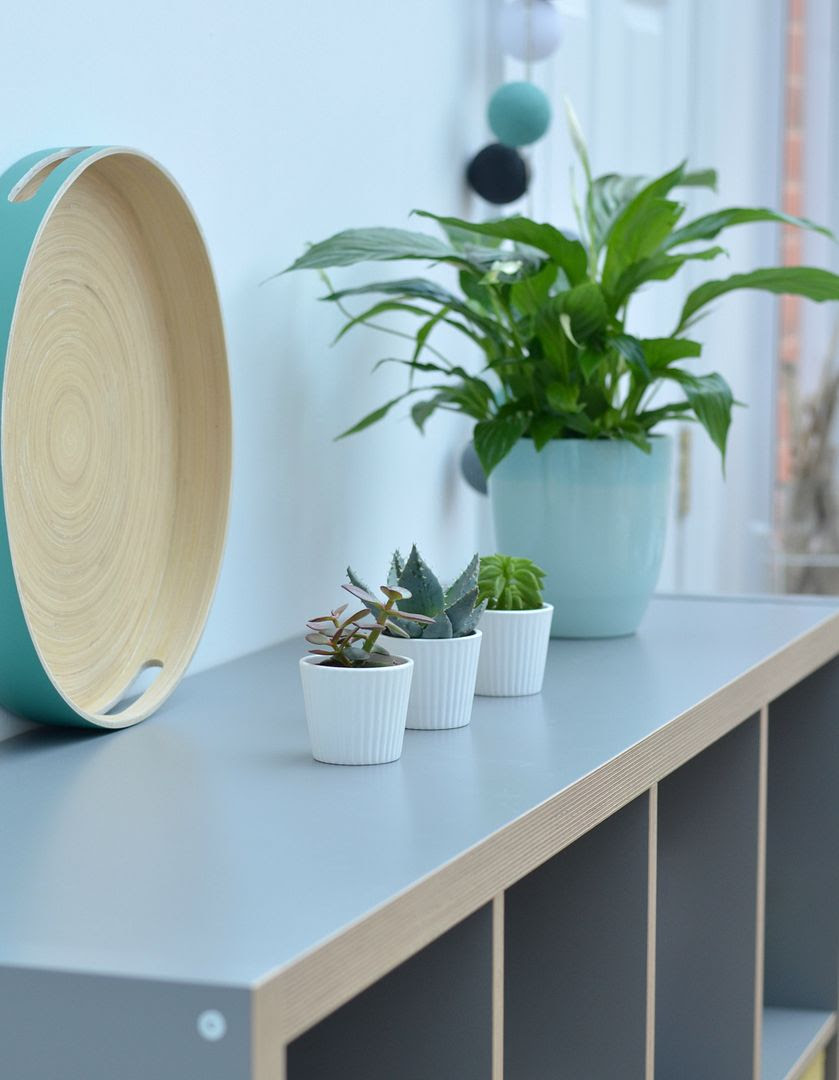 This pine box that sits on the opposite side of the kitchen was one of my very first home purchases almost 20 years ago, and has since served many purposes, such as TV stand and toy box, and now hides some ugly wiring, stores shoes and acts as emergency seating at the dining table. I painted it all white a couple of years ago, but recently gave it another coat of paint and decided to strip the seat back to the wood as I like the contrast. 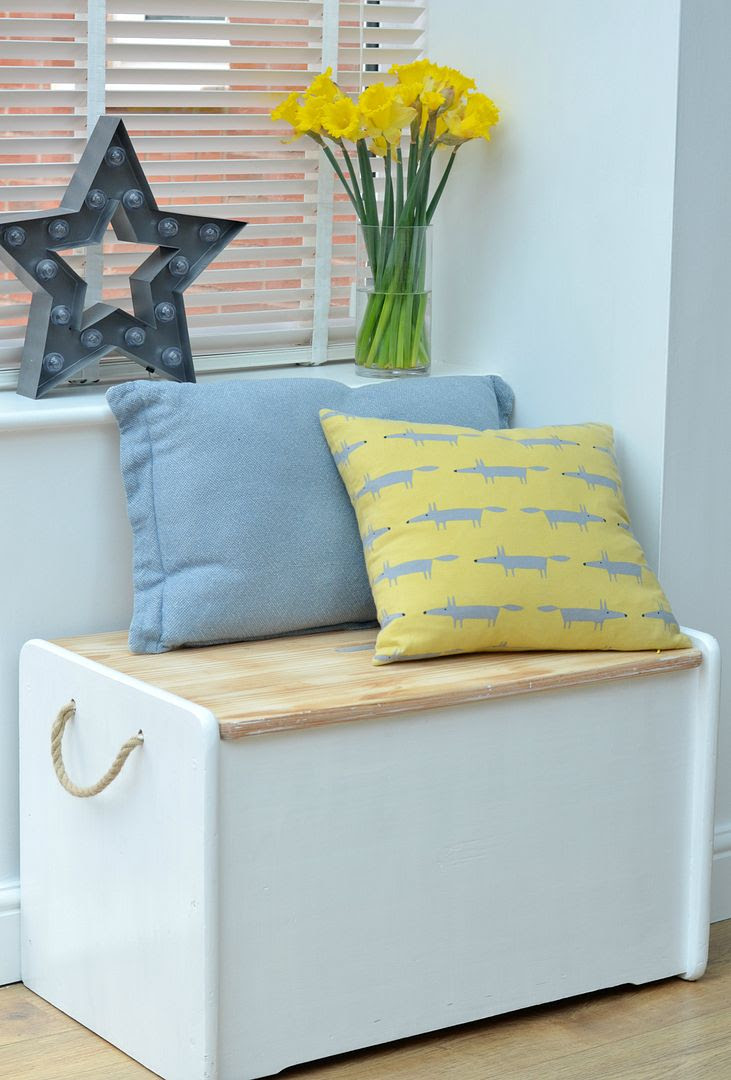