Christmas is a time for eating and drinking and getting together with family, for more eating and drinking and lots of game playing. Last year the fun family must have game was Pie Face, but I never managed to get my hands on one in time, so this year I've already got my hands on the game that every family will be playing this Christmas - Speak Out. If you haven't seen it you really must watch some videos on You Tube, it's hilarious!

Back to the food and drink. Every Christmas, for as long as I can remember, my mum has made a trifle. It's nothing posh and it's nothing glamorous, but she whips it up in no time and it tastes great, and there's no jelly or sherry (haven't touched that stuff since I was 14, but that's another story) in sight.


When I was challenged by Bonne Maman to make a festive dessert that makes use of their Madeleines I immediately thought of a trifle. A boozy trifle. A boozy trifle that doesn't contain either sherry or jelly. There are certain ingredients, flavours and smells that we associate with Christmas, and two of those are cranberry and clementine, and I've included both of those in this trifle, as they go really well together. 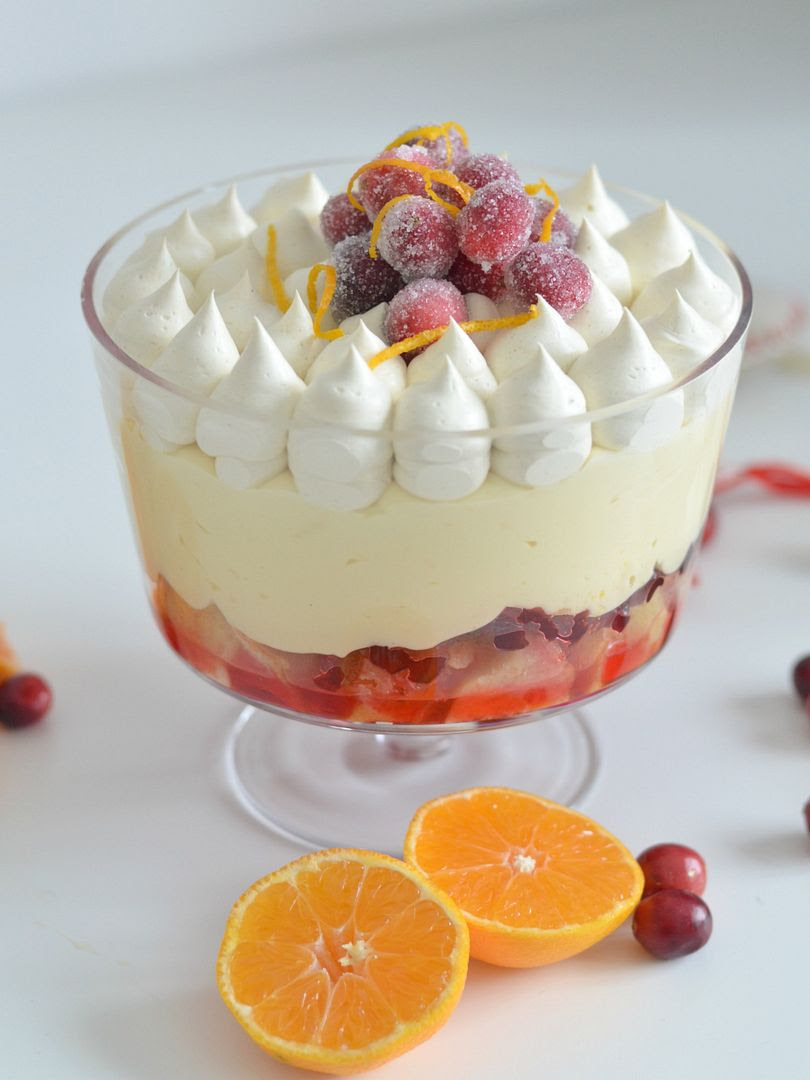 You can make the cranberry jam in advance, or if you don't want to go to that trouble it can be replaced by one of the many delicious conserves that Bonne Maman make - Berries & Cherries Conserve would make a great alternative. If you're not using the home made cranberry jam then you may need to add some additional liquid to the Madeleines, as they really do hold the liquid well. There are a few steps to this recipe but as I said, the jam can be made in advance, as can the sugared cranberries. It's then a case of layering the trifle up. If you want to prepare it earlier in the day and refrigerate then I would recommend adding the cream on just before serving. 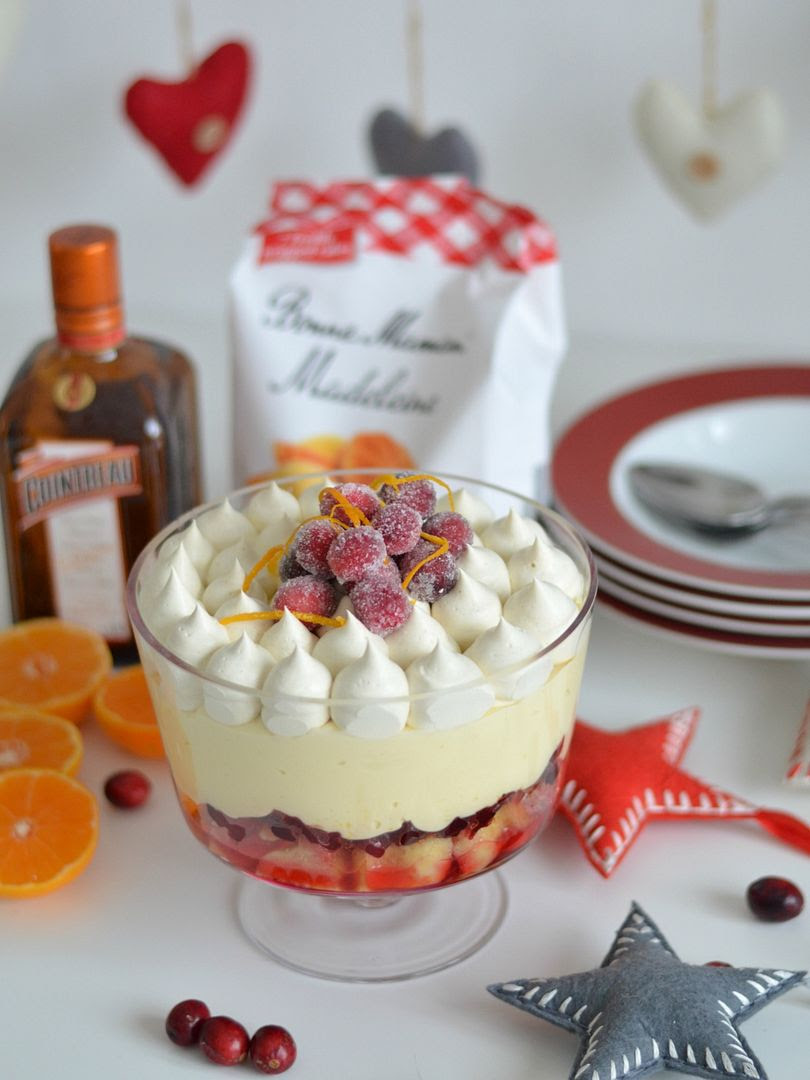 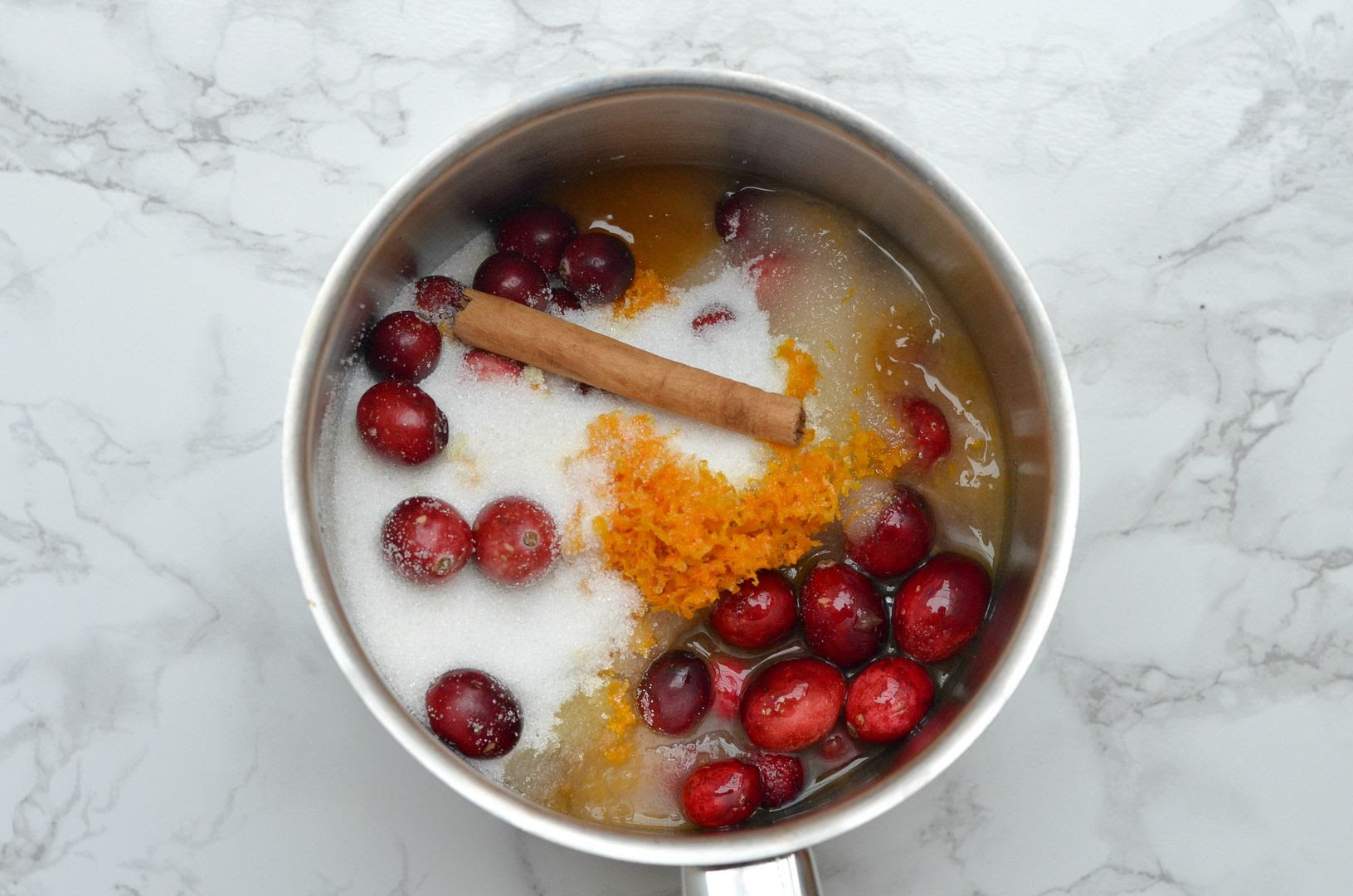 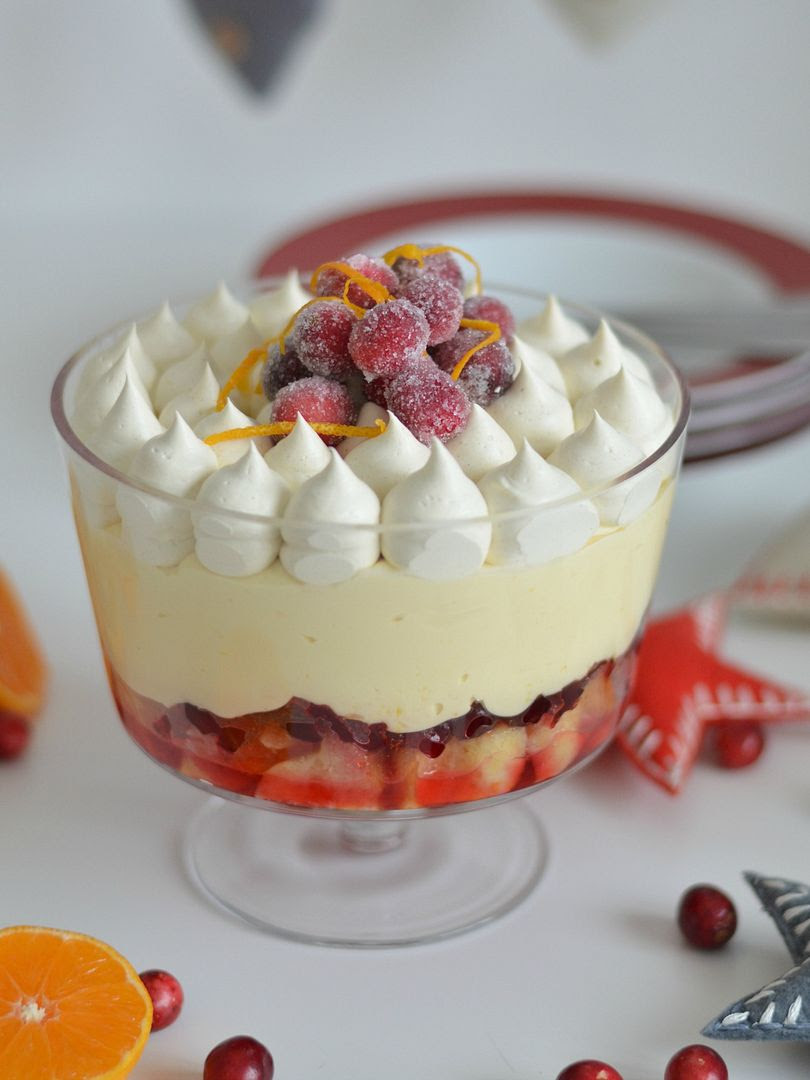 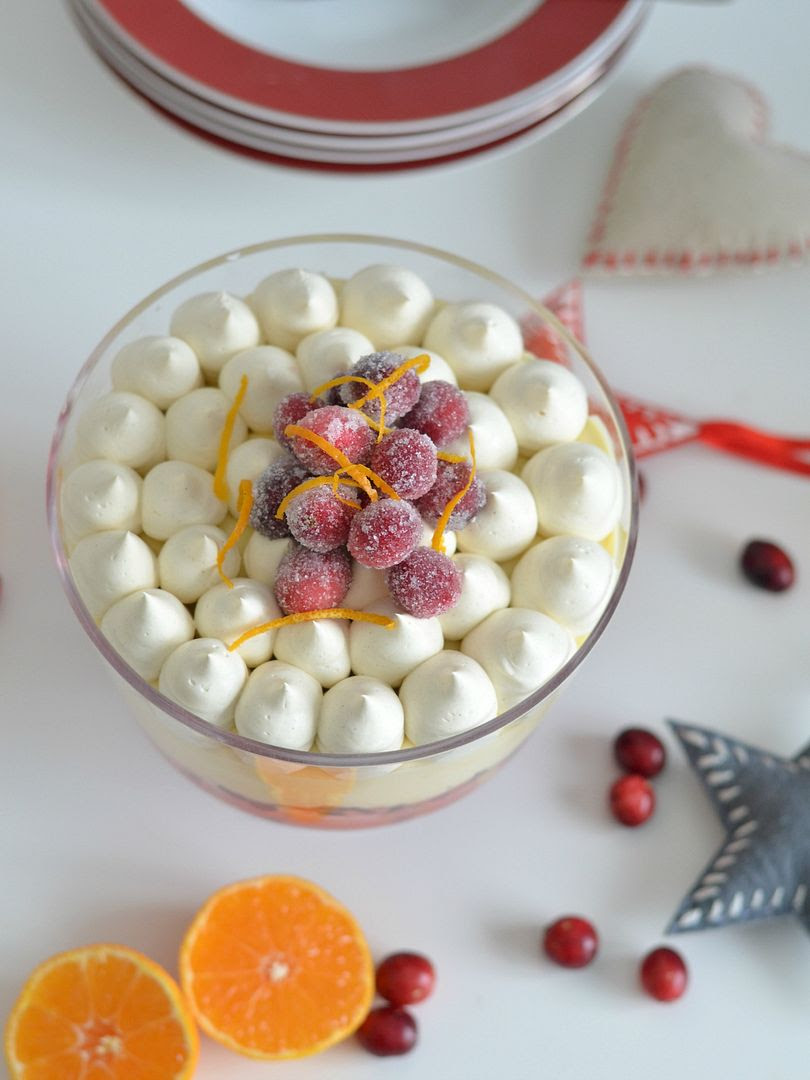 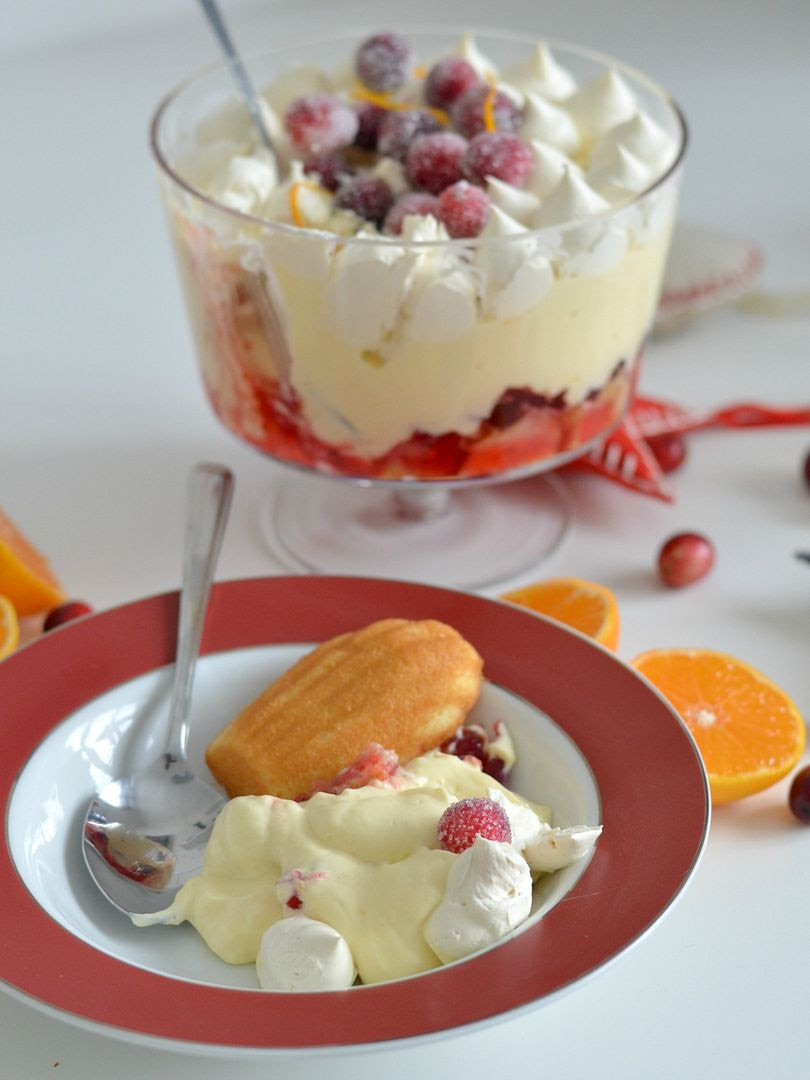