The Crazy Kitchen: Cooking with your Toddler......Cheesy Valentine Oatcakes

Cooking with your Toddler......Cheesy Valentine Oatcakes

I thought it was Thursday today so to me that meant 'Cooking with your Toddler'......I started it last Thursday and will try and post a quick and easy recipe each week that I have tried with my toddler. I probably won't manage to do this every Thursday, especially after his 2nd birthday in a few weeks as he will be starting Preschool.........Whoohooo Boo Hooo ! But anyway, like I said, for some reason I thought it was Thursday, maybe wishful thinking but who knows and by the time I realised that it was still only Wednesday it was too late.......the oats were all over the floor & I had no intention of cleaning them up again tomorrow.


Cheesy 'Valentine' Oatcakes...........there's not a lot 'valentiney' about these, not something that your Valentine would really appreciate receiving I'm sure, but I wanted to try out my new bargain heart cutters - £1 for a set of 4 from Asda. 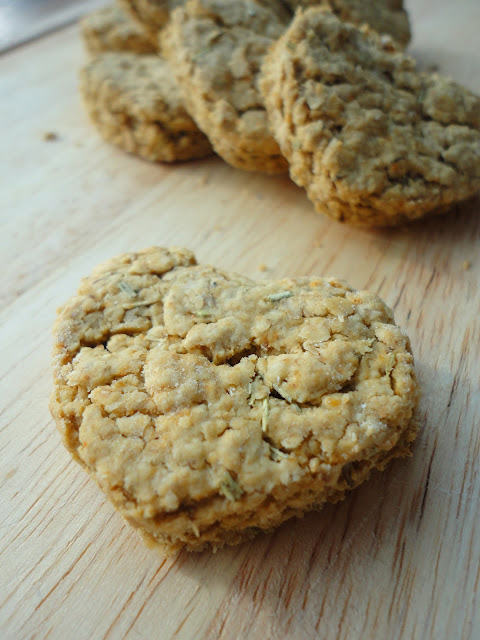 Mix the oatmeal, cheese, salt, bicarb. of soda, paprika & rosemary together in a large bowl. 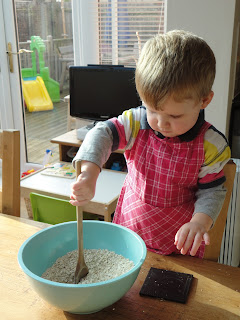 Stir in the butter, egg yolk and water to make a sticky dough - add more water if the mixture is too dry. 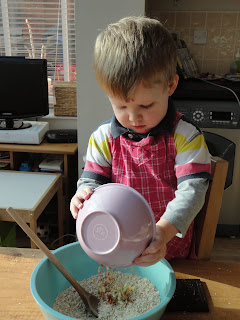 Use your hands to press the mixture together. 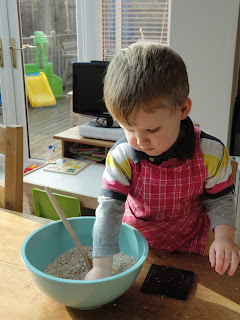 Roll out the dough to about 2mm thick (I admit mine was a bit thicker than this, due to an impatient toddler with cookie cutters in hand!!) 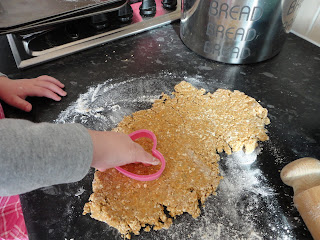 Re-roll the dough as many times as you need to use it all up.

We also used a star shaped cookie tray (a present from my Sister In Law for Christmas) as it's easy for little hands to press into the tray. 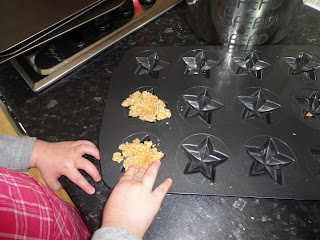 Place the biscuits onto the baking tray & bake in the oven for 15 minutes.

Remove the tray from the oven & allow to cool completely. 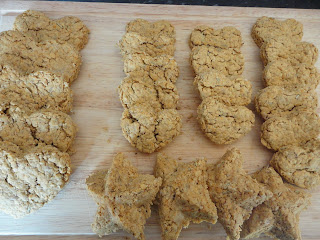 Jack was so excited to try one of these after his nap but before he could speak his face told me that he didn't like what he was eating - or perhaps it wasn't as sweet as what he was expecting his 'biscuit' to be, but when he said 'I don't like it' we were both so surprised by his first 'real sentence' that we just started laughing! It's amazing how short a toddler's memory can be (or how quickly their tastebuds can change) as only an hour later when his Daddy was trying one of his biscuits Jack wanted to try one too...........and this time his words were 'mmmm, nice'.


And if anyone was wondering, yes he is still wearing that pink apron....... he likes it !! ( but if anyone wants to send us a nice 'boy' apron to review then we will be more than happy to receive it!!)
Posted by Helen at 21:07
Email ThisBlogThis!Share to TwitterShare to FacebookShare to Pinterest
Labels: recipe