It's 4th July this week, which marks Independence Day in the United States. Despite having two American born children, and living there for 2.5 years, I haven't yet experienced July 4th celebrations actually in the United States. The day is equivalent to one of our bank holidays (with lots more celebrations), and most people get a day off work, spend time with their friends and family, and eat, drink and party!

I've climbed aboard the 4th of July bandwagon this year and created an all American inspired ice cream. It was during my time spent in America that I first began to love pretzels, whereas before they were just the salty sticks that were last to be eaten from the Christmas snack selection. I now have a few recipes on this blog that involve using salted pretzels in the way that I feel they should be eaten; in desserts! I have recipes such as Salted Caramel Chocolate Tarts with a Pretzel Crust, Chocolate Pretzel Easter Nests, Salted Pecan & Pretzel Brittle and Sweet & Salty Marshmallow Squares.  The sweet & salty combination isn't for everyone, but I personally think it is amazing, and genius of the person that originally came up with the idea. 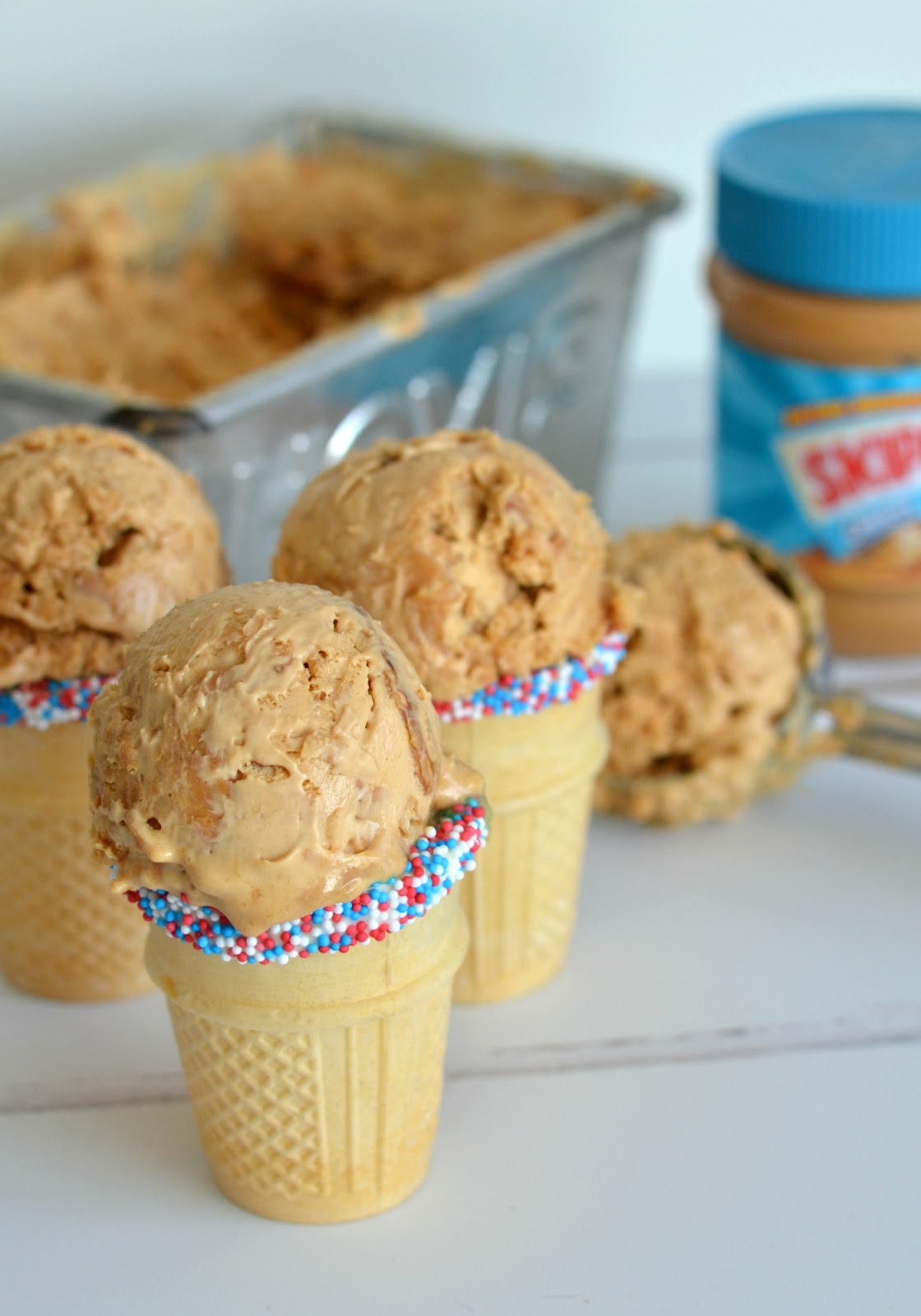 The sweetness coming from the condensed milk caramel, the hint of saltiness from the pretzels, and the nuttiness from the extra crunchy Skippy peanut butter combine together perfectly to create this ever so easy no churn ice cream. The husband, who claims to be a peanut butter hater, absolutely loved this, as did the rest of the family, who managed to plough their way through this batch in under 24 hours! Of course I may have helped them a little, and I may also have eaten some for breakfast. Allegedly. I made a second batch at the weekend and used chocolate covered pretzels this time, and my daughter claimed that it was the best ice cream she's ever eaten! 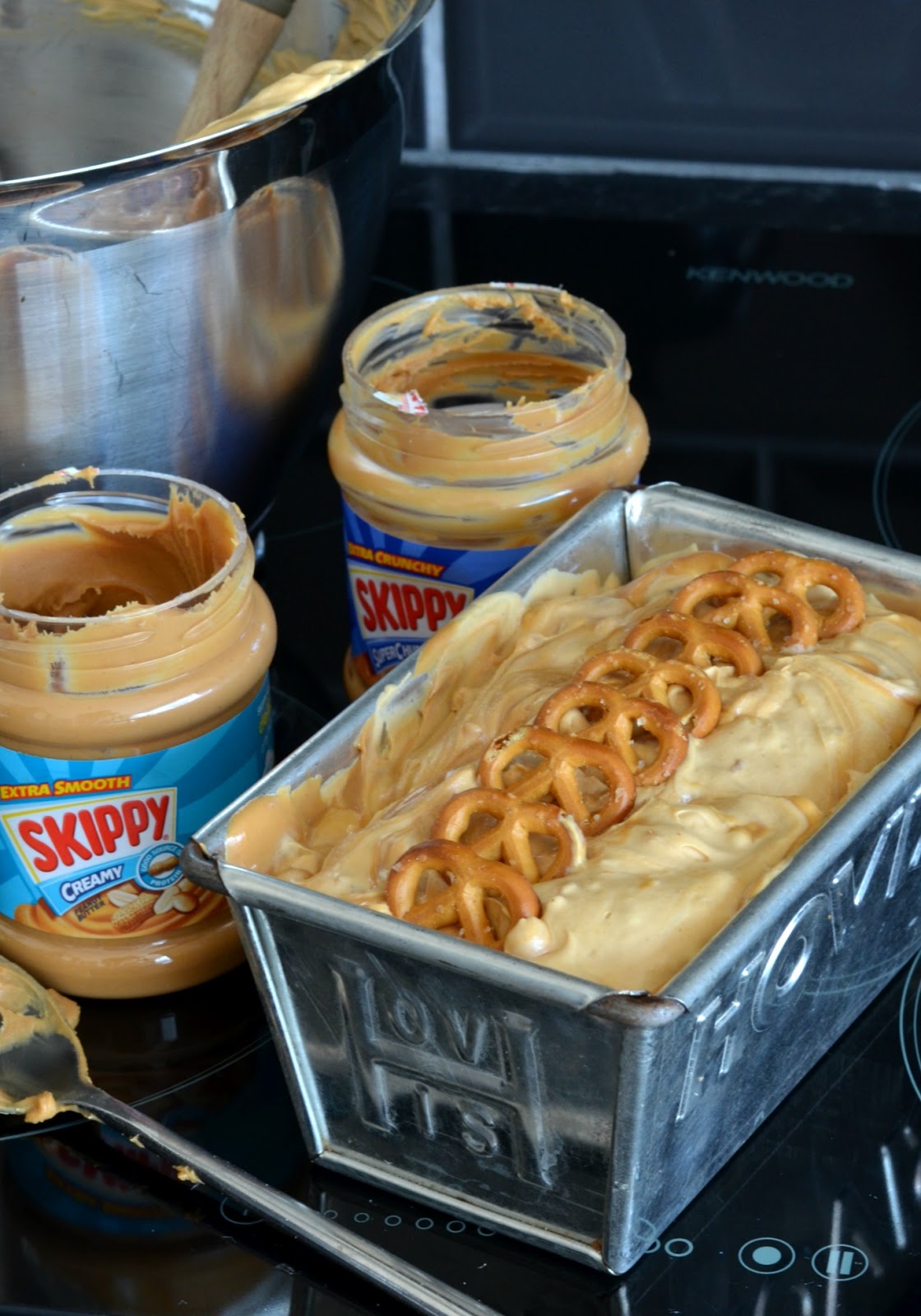 Skippy Peanut Butter is the original American style peanut butter made from the finest American peanuts, and it's now widely available to buy in the UK from most major supermarkets (Sainsbury's, Morrisons, Ocado, Tesco and Costco). The nutty pieces in the crunchy version worked really well blended into the ice cream, along with the creaminess of the smooth version that I swirled through right before freezing. 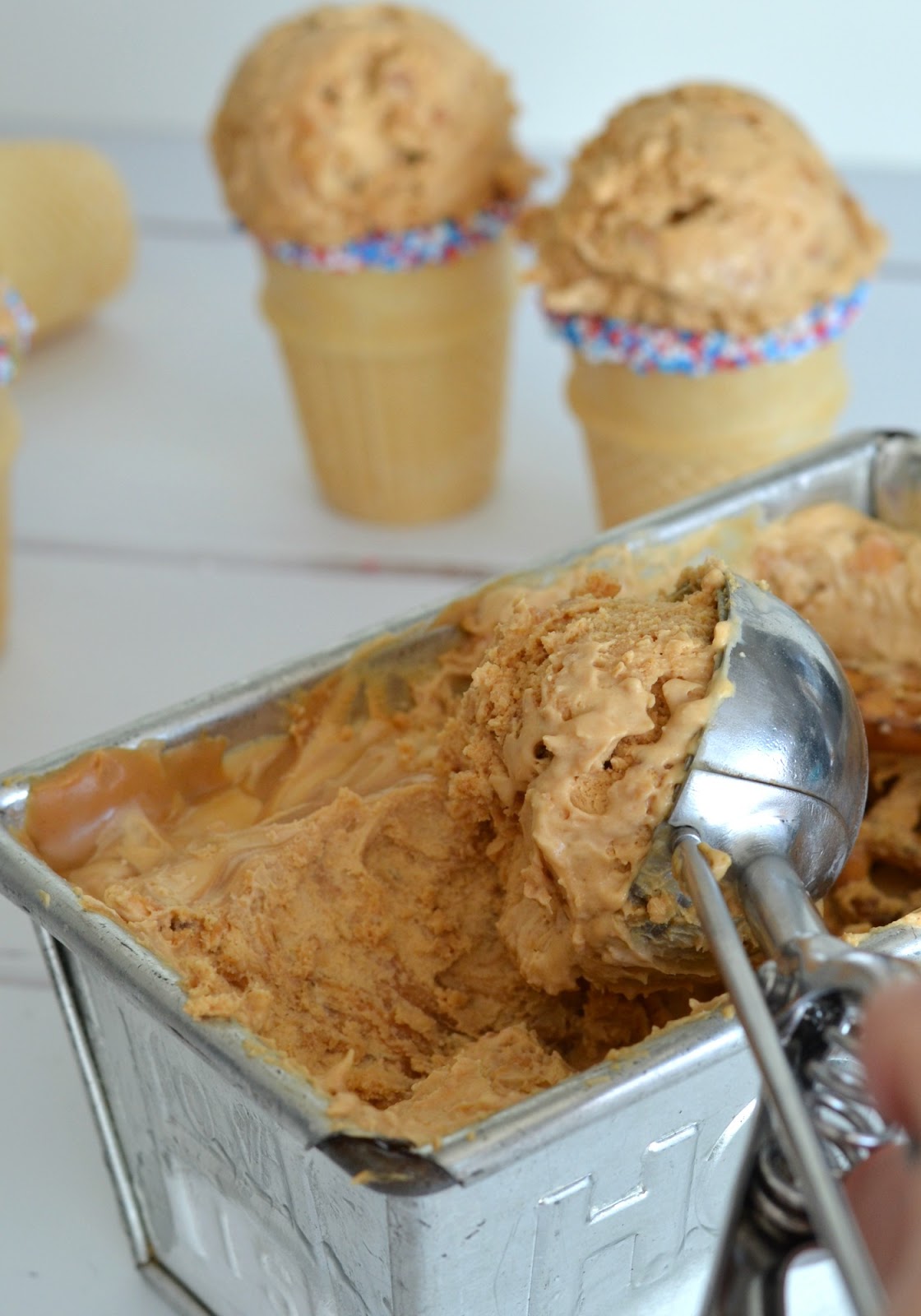 To make the cones worthy of being at 4th of July celebrations I dipped them in white chocolate and then into red, white and blue sprinkles, and now they could take pride of place at any American or British summer event. 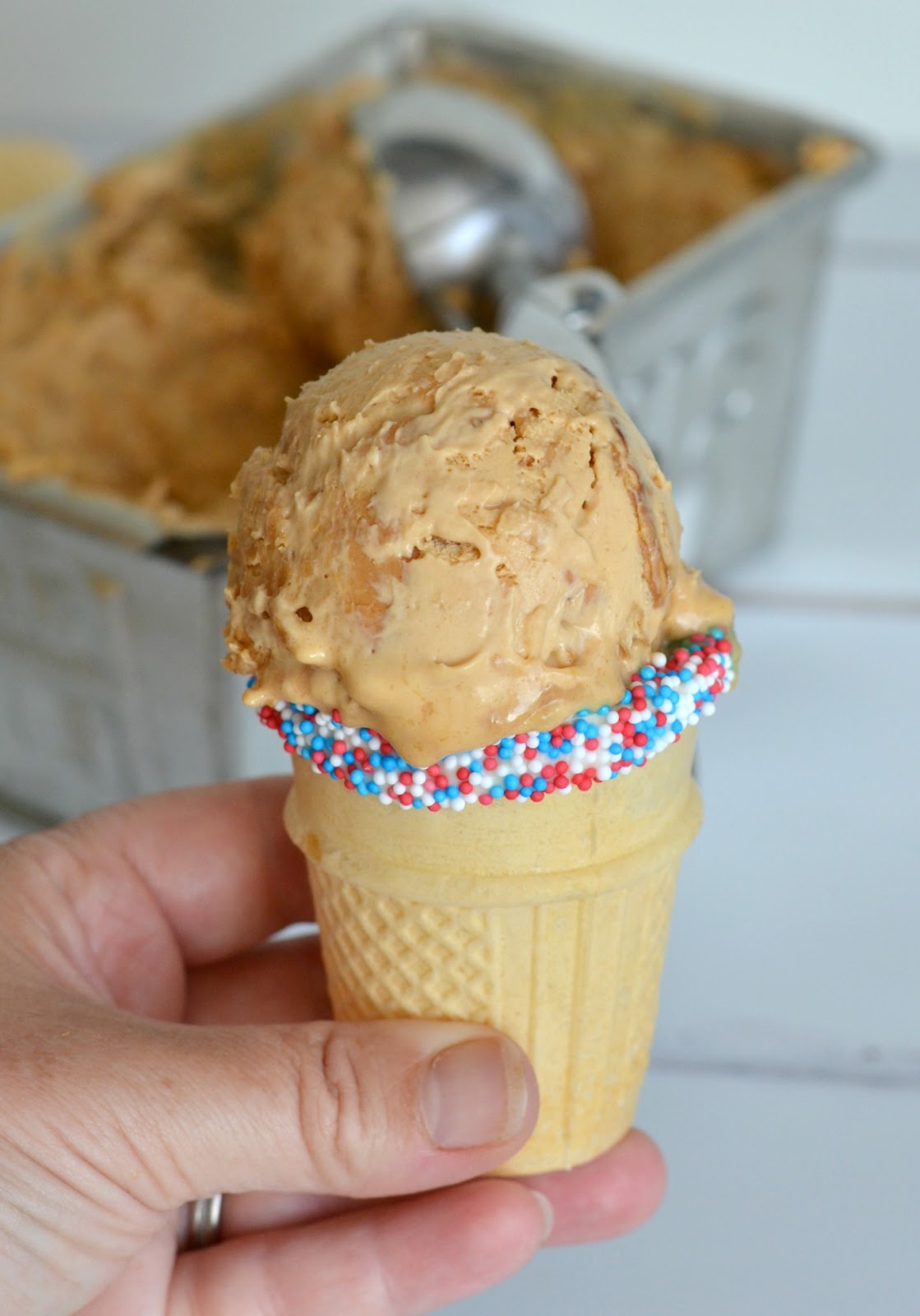 Americans Go Nuts for Skippy Peanut Butter, and now you can too in my nutty 4th July giveaway, in association with Skippy, where one lucky winner can win themselves a cool Skippy branded skateboard, complete with helmet and safety pads, along with 2 jars of Skippy peanut butter and spatula (to make sure you get every last bit out of the jars!), worth £120. 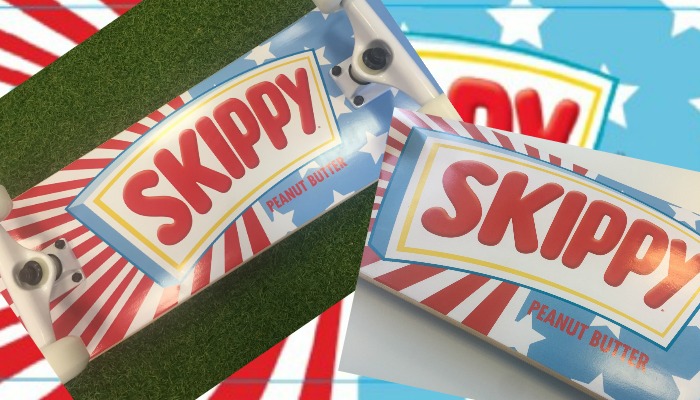 To enter, complete the Rafflecopter form below.