Tuesday night tv is a bit of a treat at the moment isn't it, starting off with Bake Off, followed by Dr Foster. This week was even more of a treat for me as the husband was away so I had the remote control to myself, with no risk of popping out to make a cuppa during an ad break and coming back to football, or any other random sport, on the screen.

What a night bake off was, starting off with some delicious caramel shortbreads, followed by a few grainy stroopwafels in the middle, and ending up with some epic (and one not so epic) caramel cakes.

A few days ago I thought about attempting to make waffle wafers or cones this week in my waffle maker, so when I saw the stroopwafels on Bake Off I knew that I had to make them, it was fate. I must admit that I was a bit hesitant after watching all the bakers fail with their caramel fillings, with not one of them having the right consistency, although the making of the actual biscuit didn't look too complicated. I've eaten stroopwafels a few times as they seem to be readily available in coffee shops, as well as supermarkets and trendy Scandinavian shops. The way to enjoy them is to pop one on top of your warm coffee to soften the caramel, and allow the caramel and cinnamon flavours to come out. 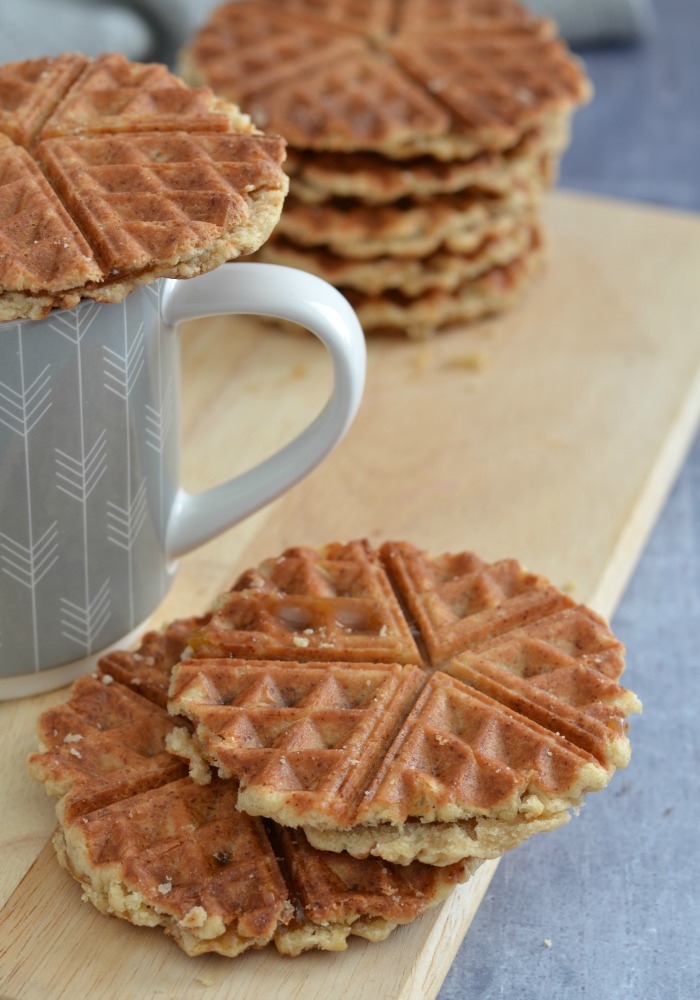 As the dough has yeast in I was kind of expecting it to be like bread dough, but it was more like a cookie dough - whether that was right or not I don't know, but it worked. My waffle maker is only a cheap one bought from Lidl a few months ago, and for the stroopwafels to be as thin as they should be the waffle maker really needs to be shallower, which meant mine were a little on the chunky side.

Apart from burning my fingertips slicing the stroopwafels open, the whole process was pretty painless, relatively quick, and a lot less messy than I'd anticipated. I decided to make the caramel in the microwave to avoid burning a pan, which seemed to work really well and resulted in a lovely smooth caramel. The recipe I used called for treacle, but as I didn't have any, following a recent store cupboard clear out, I instead used maple flavour golden syrup. 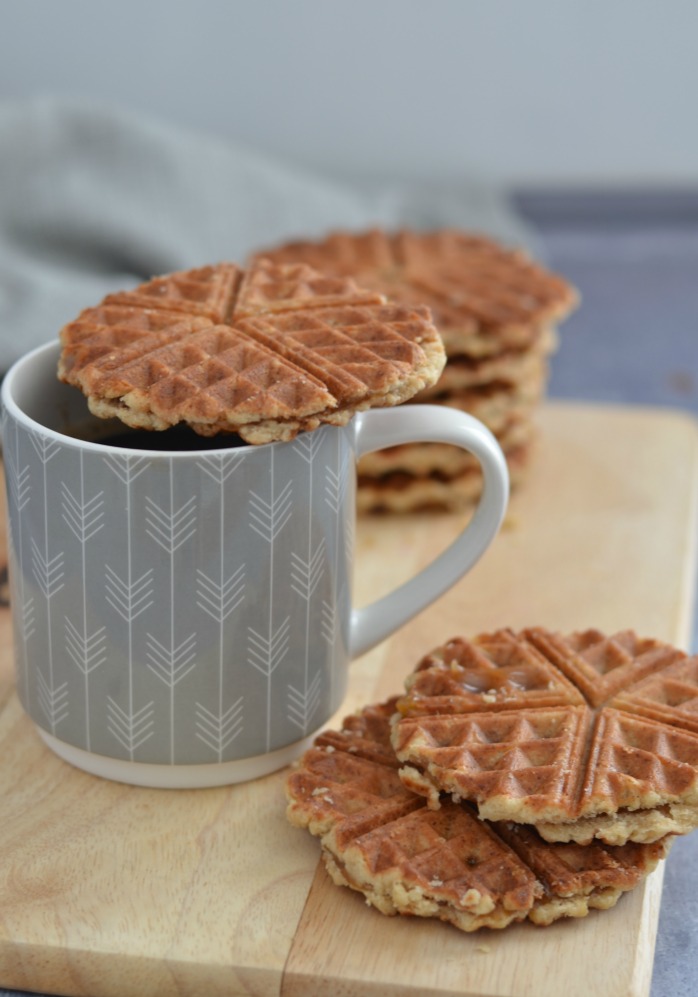 If I was to see these in a coffee shop wrapped in cellophane and tied up with string, I would definitely be tempted to buy some, and I'll definitely be making these again, especially the 'wafel' part, which would be great served with ice cream. 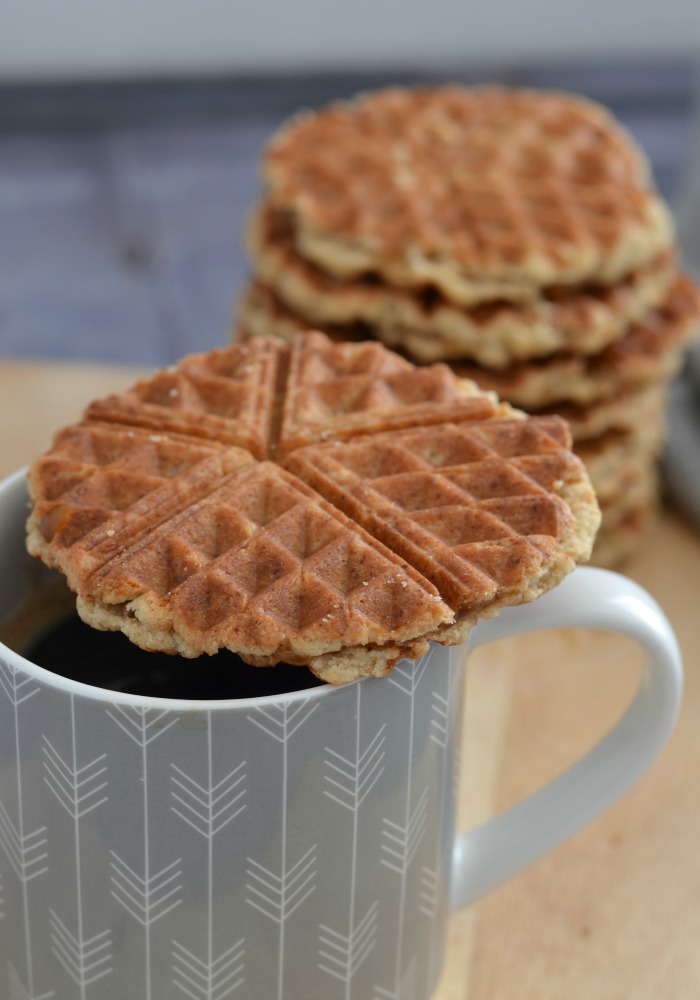 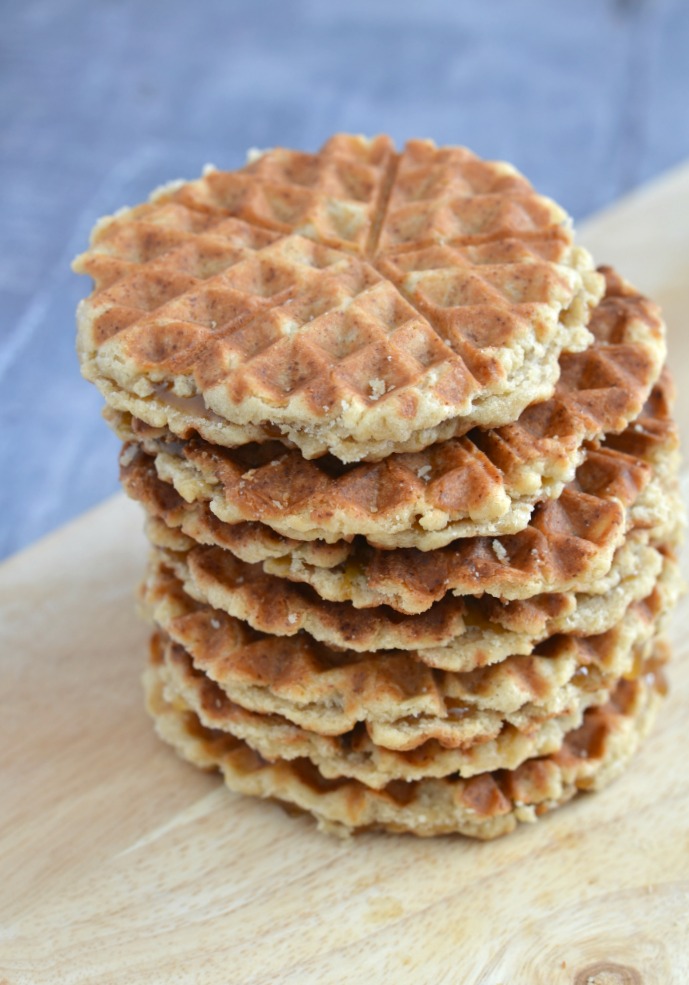 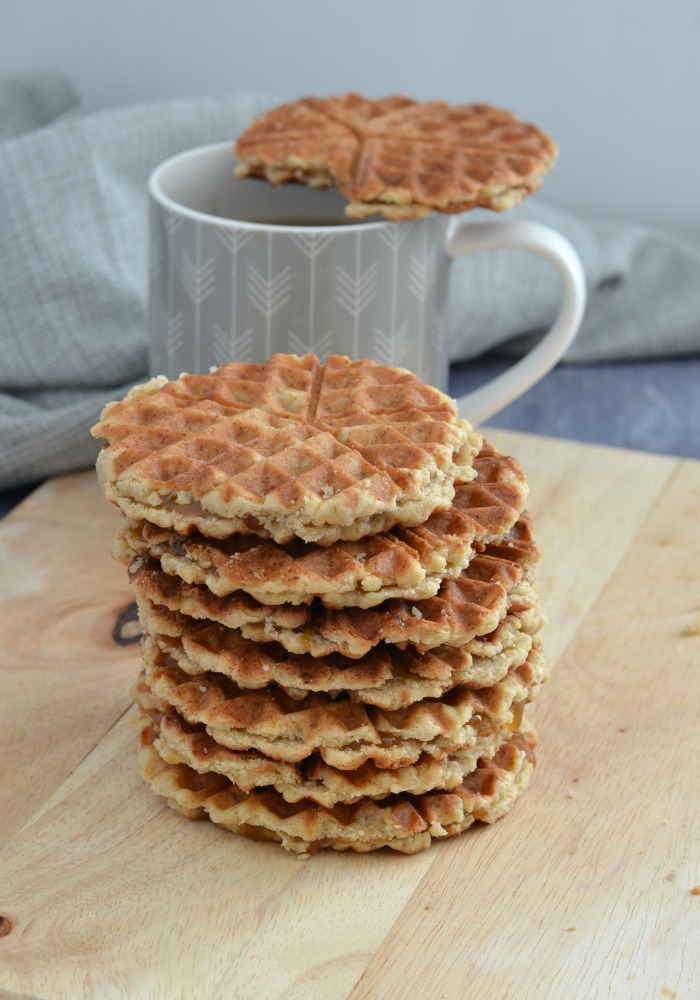